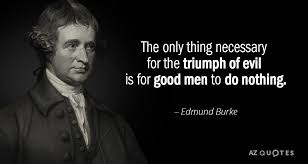 The British statesman Edmund Burke left the stage centuries ago but left behind wisdom that would be well heeded by the America of 2022.

“Nothing,” he reminds us, “turns out to be so oppressive and unjust as a feeble government.”

Today our nation is facing multiple threats and the question its citizens need to ask is whether Washington is capable of recognizing these threats. Can this Administration confront and defeat them? Upon that answer hangs the future of our country and our democracy.

From a China intent on assuming global military dominance to an Iran whose nuclear ambition remains unchecked – from an America dependent on goods and services from the very nation that intends to reduce us to a third rate power to international cyber terrorists who put our economic foundations at risk — we need to acknowledge that America is under siege.

There are extraordinary domestic threats as well. Legitimate concerns remain about the integrity of our voting system as well as equally serious questions about the role of “bad actors” both here and overseas sowing mistrust by deliberately spreading social media disinformation.

This coming year will be a challenge for virtually every element of our society as COVID variants continue to take their toll. The credibility of health authorities is suffering: they offer conflicting advice, creating doubt and confusion. What also cannot be debated is COVID’s winter impact on hospital staff and emergency first-responders as they suffer from COVID infections, further reducing the nation’s ability to recover its health.

America’s history is that of a resilient nation, capable of recovering from crises, confident in its future, and blessed with strong leadership. Past history however is not necessarily a roadmap to our future as far too few learn from past mistakes. As Burke is often credited with saying, “Those who do not know history are destined to repeat it.” *

Equally threatening to our democracy are those politicians who check public opinion polls before determining the best course of action in a crisis: they fail the very people who have elected them.

Burke again speaks to us from the past when he reminds us, “When the leaders choose to make themselves bidders at an auction of popularity, their talents, in the construction of the state, will be of no service. They will become flatterers instead of legislators….”

The year 2022 will require strategic vision, personal integrity, and an appreciation that America’s leadership role in the 21st Century will be tested as never before. As generations of Americans have done before us, we must prepare ourselves to meet this challenge by embracing Burke’s “bring it on” observation when he noted, “He that wrestles with us strengthens our nerves and sharpens our skill….”

If we are able to heed yet one more warning attributed to Burke — “The only thing necessary for the triumph of evil is for good men to do nothing” — the United States will have the moral strength to confront and defeat its enemies “both foreign and domestic” in a year that by any measure promises to be historic.

*It was actually George Santayana: ​”Those who cannot remember the past are condemned to repeat it.”– The Life of Reason, 1905. 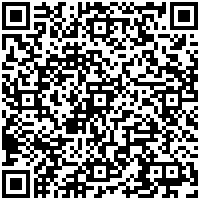