[The Lebanese government] may call Hezbollah freedom fighters, they may applaud them in Beirut, they can act helpless and blame the Syrians and the Iranians, but the responsibility is on their shoulders.

Actually, Hezbollah is more than just a terrorist group.


Hezbollah has been heavily involved in the illegal drug trade for well over a decade. On October 26, 2005, Dr. Rachel Ehrenfeld quoted an Iranian Fatwa during her testimony before the Canadian Parliament:

And we know that Hezbollah is a proxy of Iran.

Dr. Ehrenfeld is the director of the American Center for Democracy. In her testimony, she described Hezbollah’s activity not only in Lebanon, but also the Balkans and the tri-border region of Argentina, Brazil and Paraguay – all made possible by corrupt governments, porous borders, and largely unsupervised waterways and airfields.

She described at the time how the 13,000 acres under the control of Hezbollah in Lebanon’s Bekaa Valley produced at least 300 tons of hashish each year, most of it exported to Europe. That alone helped the terrorist group to gross $180 million annually.

But even in 2005, this was not something new for Hezbollah. Hezbollah’s involvement in the illegal drug trade goes back to the 1980’s.

That is not surprising since terrorism and illegal drugs are a natural fit.

The Drug Enforcement Administration (DEA) has a background report explaining that the connection between the drug trade and terrorists goes back centuries, as rulers and terrorist groups have used the enormous profits from drug dealing for arming, equipping and training their members.

After the terrorist attacks on September 11, 2001, the DEA ran an operation the following year and seized more than 30 tons of drugs and arrested more than 370 people in 12 cities, many of whom were from Middle Eastern countries and sent their profits back to the Middle East. When they investigated the flow of money, the DEA found signs some of that money funded terrorist organizations such as Hezbollah and Hamas.

By 2008, the DEA believed that Hezbollah had transformed itself into an international crime syndicate collecting $1 billion a year from drug and weapons trafficking, money laundering and other criminal activities.

Hezbollah leader Nasrallah himself is estimated to have a net worth of $250 million, thanks to the drug trade.

The Trump administration has responded to the drug threat from Hezbollah. This past January, the Department of Justice announced the formation of Hezbollah Financing and Narcoterrorism Team, described as

a group of experienced international narcotics trafficking, terrorism, organized crime, and money laundering prosecutors. HFNT prosecutors and investigators are tasked with investigating individuals and networks providing support to Hezbollah, and pursuing prosecutions in any appropriate cases. The HFNT will begin by assessing the evidence in existing investigations, including cases stemming from Project Cassandra, a law enforcement initiative targeting Hezbollah’s drug trafficking and related operations.

And if Hezbollah is involved in illegal drugs, can Hamas be far behind?

According to DEA Congressional Testimony from April 24, 2002:

The triborder area of Paraguay, Argentina, and Brazil continues to be a haven for Islamic extremists. The two major terrorist organizations in the triborder area are Hezbollah and the Islamic Resistance Movement known as HAMAS. [emphasis added]

Years later, a 2010 report to Congress about drug trafficking in Latin America and the Caribbean confirmed Hamas involvement:

International terrorist groups, including Hamas and Hezbollah, have also reportedly raised funding for their terrorist activities through linkages formed with DTOs [drug trafficking organizations] in South America, particularly those operating in the tri-border area (TBA) of Brazil, Paraguay, and Argentina. [emphasis added]

That same year, Judicial Watch came out with a report that a few years earlier the DEA, revealed that Islamic terrorists had teamed up with Mexican drug gangs to infiltrate the US and to finance Middle East terror networks. A top official in the Texas branch of Homeland Security warned that among those crossing the Mexican border into Texas were terrorists with ties to both Hezbollah — and Hamas.

But oddly enough, there has been no mention of Hamas involvement in the drug trade in recent years.

The DEA confirms that they have no recent record of Hamas being part of the drug trade.

How did Hamas do it, if they are not dealing in illegal drugs?

According to Forbes, Hamas made its money from taxes and fees as well as financial aid and donations – especially Qatar.

Hamas in 2014 had turned itself into a huge conglomerate, taking for itself about 15% of Gaza’s economy through taxes and levies on goods entering Gaza. Taxes that used to go to the PA go to Hamas as well. A large portion of their money came from taking for themselves a large share of the international aid coming into Gaza. Also, Hamas profits from hundreds of businesses it runs, such as real estate, insurance, banking, hotels, tourism and banquet halls.

On the other hand, Hamas was not making money from the tunnels, thanks to Egypt and Sisi and even the donations from Qatar and Iran were not as much as they used to be.

Now, just 4 years later, The New York Times reports that Gaza is in a Financial Crisis, a crisis that reflects the situation that Hamas finds itself in as well. Gaza’s failing economy hurts Hamas too, and international aid is not at the same levels as before.

So under the circumstances, is Hamas in the drug trade or not?

I contacted Dr. Emanuele Ottolenghi, Senior Fellow at Foundation for Defense of Democracies, and asked him about Hamas. He believes that Hamas is not into the drug trade now, but did not reject out of hand that Hamas may have been involved before:

Although the evidence in Latin America overwhelmingly points to Hezbollah, rather than Hamas, one should not rule out the possibility that Sunni Jihadis too, sooner or later, may find crime as a convenient source of funds. After all, this has happened already in the Middle East and the Maghreb, where illicit trafficking – drugs, fuel, cigarettes, illegal immigrants – is increasingly being conducted as a joint venture between Islamic terror groups and local mafias.

Why there is no recent information on Hamas’ possible involvement in trafficking is anyone’s guess. It could just be that agencies previously involved allocated their limited resources to address other concerns, or that changes in personnel and loss of expertise on the subject created a blind spot for those investigating. Or even that Hamas has enough funding from other sources – Iran primarily – that it does not need to fundraise by getting entangled with transnational criminal networks.

As to the question of why reports about Hamas drug involvement had stopped, Dr. Ottolenghi said that could be the result of changing the allocation of resources among agencies for that changes in personnel and a loss in expertise could have developed a blind spot in their reporting. It could simply be that with the funding it gets from other sources, Hamas did not see a need to entangle itself with transnational criminal networks.

I posed the same question to Dr. Ehrenfeld. She responded:

It is inconceivable to me that with all the drug trafficking in the Sinai Peninsula, and Hamas tight relations with Hizbollah, Iran, and Turkey – all major drug traffickers who encourage the trade to finance their activities, Hamas has stopped trafficking in drugs. And as far as I know, Palestinians are almost always in the forefront of most Islamist terror groups, including narco-terrorists, including Hizballah in Latin America.

At least for now, Hamas appears to be satisfied relying on taxes, the largesse of the international community and funding from Iran and Qatar.

It is one thing to fall back on the claim that “one man’s terrorist is another man’s freedom fighter,” but do drug lords fall into that same category? Are narco-terrorists just as noble as your run-of-the-mill terrorists?

The recent pro-Hezbollah rally in London seems to indicate that many either do not know or do not care about the extent to which Hezbollah destroys lives. 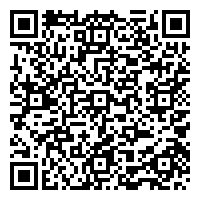