Shipan Kumar Basu, the head of the Hindu Struggle Committee, called to move the Indian Embassy to Jerusalem in an interview with the Jewish Press and has been circulating a petition promoting this among the Hindu community worldwide.

Shipan Kumar Basu, a Bangladeshi Hindu and the head of the Hindu Struggle Committee, is presently circulating a petition, calling upon Indian Prime Minister Narendra Modi to move his country’s embassy to Jerusalem.  According to the petition, which so far has attracted the support of over 1,000 signatures, “For almost three millennia, Jerusalem has been the eternal capital of the Jewish people and the nation of Israel.  This fact has finally been recognized by the present US administration.”


The petition claims that Trump’s announcement was met with joy and approval by the vast majority of Indians and Hindus living in the Diaspora.   In fact, Basu asserted that also Bangladeshi Hindus, who presently live in a country that does not have diplomatic relations with Israel, seek for Bangladesh to finally establish diplomatic relations with Israel and are very supportive of the idea of Modi relocating the Indian Embassy to Jerusalem.

Basu told President Donald Trump that “the government of Sheikh Hasina is strongly opposing Jerusalem as the capital of Israel and is provoking the Islamic countries but the Hindus of Bangladesh congratulate you for making the right decision at the right time.   The Hindus are with the Jews in the present and in the future.  We also want to congratulate Ambassador Haley for her support of Israel.”

“At this historic moment, we—citizens of India, members of the Indian diaspora and friends of India—call upon the honorable government of India to recognize the city of Jerusalem as the capital of the State of Israel and to establish an Embassy of the Republic of India in that ancient and holy city,” the petition proclaimed.

“The State of Israel guarantees the rights of all worshipers to pray in the city of Jerusalem and protects the holy shrines belonging to all three ancient monotheistic religions,” the petition continued.  “Moving the Indian Embassy to Jerusalem will honor Israel’s long-standing commitment to peace and will further strengthen the ties between our two great nations and ancient civilizations.”

While many countries in Europe and throughout the Muslim world were highly critical of Trump recognizing Jerusalem as Israel’s capital city and seeking to relocate the US Embassy to Jerusalem, the Indian government merely issued a brief statement, stressing that India’s position was consistent and independent of any third party.  The statement did not mention Jerusalem at all.  In response, a dozen Arab ambassadors asked India to clarify their position.  Indian Junior Foreign Minister M.J. Akbar responded by not promising anything concrete.

In the past, the Indian left championed the Palestinian cause and was very hostile to the State of Israel.  However, under the Hindu nationalist leadership of Narendra Modi, India has come to view Israel as an important ally in the struggle against Islamist extremism.  Modi was the first Indian Prime Minister to visit the State of Israel and trade between the two countries is in an upward trend.   India is presently Israel’s number one destination for arms exports.  Furthermore, Israel is India’s third largest arms supplier.

However, the love that many Hindus have demonstrated towards the State of Israel is not limited to the arms trade and security cooperation in the joint struggle against radical Islam.  According to Aravindan Neelankandan, a contributing editor of Swarajya, “For centuries if not millennia, Hindus have had connections with Hebrews.  And despite Hinduism being a non-monotheistic religion which allows an infinite variety of spiritual paths to flourish within, Indians have been remarkably free of anti-Semitism.   As against this, the Palestinian movement in India has its roots in pan-Islamist, anti-Semitic as well as anti-Hindu politics.” He noted that there are many parallels between hostility towards Hinduism and hatred towards Judaism in the eyes of the founders of the Pakistan Movement, who were known supporters of Grand Mufti Haj Amin Al Husseini and who ethnically cleansed numerous Hindus from their ancestral lands.   Due to this history, Neelankandan believes that both Hindus and Jews have a lot in common.

However, numerous members of the Hindu community are not the only ones in the Indian subcontinent who are supporting Israel at this crucial time.  According to Basu, “Many Muslim organizations in Bangladesh now want to establish a good relationship with Israel.   They are now proposing to us different ways in order to establish diplomatic relations with Israel.   Even Khandaker A. Hafiz of the Awami League supports Jerusalem being the capital city of Israel, despite the fact that he supports the present ruling government in Bangladesh.”

(Please consider adding your name to the petition) 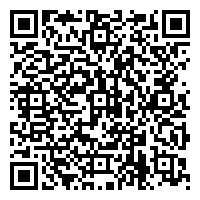