Patience is something we sometimes have too little of, but when it comes to history it is often a trait we need in abundance.

I am sure it would be small comfort to the millions who were murdered by Soviet Communists in the first half of the twentieth century to know that the entire structure of that government fell apart before the century ended. History, however, lives longer than any individual and the fact remains that important developments can take decades if not centuries.


This is a crucial concept to keep in mind when evaluating the current status of the State of Israel.

I think most Jews will agree that Israel is in many ways an incredible success story: what in my parents’ youth was a third world country is today, in my children’s youth, a first tier economic power.

In many ways, though, it is a disappointment. The population of the country has not yet turned ardently toward religion and the government itself – while supporting Judaism in many wonderful ways – still has far to travel in that direction.

I will not dwell on the positives and negatives of the country. What I wish to do is counsel patience. The day is not yet over, and I think the following episode makes that point quite clearly.

When I was in school, I was taught that Religious Zionism began with R. Yehudah Alkalai (Yugoslavia/Serbia, 1798-1878) and R. Tzvi Hirsch Kalischer (Germany, 1795-1874). While this is essentially true, it seems their views – particularly R. Kalischer’s – were not as innovative as was once thought.

Over the past few decades, documents have emerged from the early 1800’s that show R. Kalischer’s view of settling the land in order to bring the redemption was anticipated and actually acted upon. A little over 20 years ago, Dr. Arie Morgenstern attempted to demonstrate this thesis in a book originally published in Hebrew which was recently translated into English as Hastening Redemption: Messianism and the Resettlement of the Land of Israel (Oxford University Press, 2006).

Morgenstern made a careful study of letters, journals and publications from Palestine and Europe in the first half of the nineteenth century and arrived at the following fairly substantiated conclusion: The students of the Vilna Gaon, following his teachings, had determined that the messiah would come in the year 1840 (5600 in the Jewish calendar). In preparation for this event, they advocated settling the land of Israel.

Their belief was that any Divine act would have to follow a human act (Is’arusa Di-Li-Sasa), and their settling the land was the necessary requirement for the messiah to come. They explicitly stated that general repentance is not necessary and that Jews need to rebuild the land and plant the seeds of the ultimate redemption.

They even tried tracking down the ten lost tribes, which, according to some traditions, had maintained the chain of ordination (semichah) that traces back to Moses and the reinstitution of which, again according to some traditions, is a necessary prerequisite for the messiah’s appearance. They rejected the idea that any midrashic oaths prohibited their settling the land. They based their rejection on a number of theories, including a tradition from the Vilna Gaon that these oaths proscribed only the rebuilding of the Temple in Jerusalem. These proto-Zionists established colonies in Israel and successfully injected new life into the Jewish settlement there.

When, however, 1840 came and the messiah did not appear – and conditions worsened quickly and dramatically due to a devastating earthquake and severely discriminatory Turkish legislation – there was widespread disappointment. Some settlers (very few) even converted to Christianity in the face of heavy missionizing. (The decade following 1840 saw frantic printing of counter-missionary tracts such as Troki’s Chizzuk Emunah.)

After this, the leadership generally abandoned its messianic approach and focused more on communal and individual survival. Indeed, such messianic theologies lost favor and were criticized when they later resurfaced.

What I find interesting is that had the disciples of the Vilna Gaon lived long enough to see what their settlement would turn into a century later, I strongly suspect they would not have rejected their earlier approach.

The greatly increased Jewish presence, the flourishing agriculture, and the establishment of a sovereign Jewish country would have dazzled them and confirmed their belief that they were building something of redemptive significance. 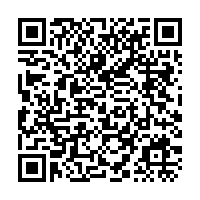