As the number of victims of and witnesses to this systematic, state-sponsored genocide dwindle with each passing year, preserving the memory of the Holocaust and transferring its lessons to future generations is becoming increasingly difficult. What’s more, we are constantly competing for the attention of our youths with a multiplicity of other stimuli that they find more interesting and engaging, not to mention considerably less disheartening.

But it’s the passage of time since these terrible crimes against humanity that presents our greatest obstacle, a lull that has dulled our sensitivities and allowed us to forget the extent of the horrors perpetrated by the Nazis. It is for this reason that the task of imparting the memory of the Holocaust to the next generation is more important than ever.

There is really no time to lose, as it is becoming apparent that citizens from almost every nation around the world have already forgotten the Holocaust’s crucial lessons about prejudice, intolerance and hatred.

In France, Jewish synagogues and shops are being burned once again. In the U.S., anti-Semitic and neo-Nazi demonstrations are taking place without shame or repercussions. Chemical weapons are being used against the greater Syrian population, and an ethnic war rages in Myanmar. The power of hatred builds daily and racism is sweeping the globe.

As history teaches us, racism is fueled by ignorance and hatred by fear, so it is our responsibility to educate and allay the fears of the younger generation, to foster awareness and promote unity, in order to not only heal the world but save them from themselves. It’s clear that the availability of knowledge is simply not enough.  Rather, we must provide the younger generation with immersive educational opportunities that drown out the competing noise and break down biases, prompting action and fostering critical thinking.

Of course, this is not only a Jewish task. It is a mission that must be shared by all mankind.

In recent years, the world recognized the importance of this mission with the establishment of International Holocaust Remembrance Day, an opportunity for all people to remember the Holocaust and commit to the healing ideology of “never again.” This day forces us to remember all of the minority populations who were murdered by the Nazis and compare this dark stain on human history with the state of the world today. The healing begins in earnest when we acknowledge that the present is equally dark and commit to doing whatever necessary to disperse that darkness with the light of education.

That light is contained within the torch of memory that is carried by the few remaining survivors of the Holocaust. When they share their testimonies with the next generation, they also pass the torch, which contains the great power to teach the universal values of solidarity, humanitarianism, tolerance, and acceptance.

Every year, the “March of the Living” serves as a platform for Holocaust survivors to pass the torch to hundreds of young men and women from around the world, Jews and non-Jews alike. Recent statistics show that more than 90 percent of participants felt that the project helped them understand the need to battle anti-Semitism, and 54 percent said that the March of the Living experience alone made them more tolerant of other groups in their daily lives. Indeed, our past can help us heal our present and lay the groundwork for a brighter and more tolerant future.

That said, it is essential that we never see the Holocaust as just a historical event or a moment in time. As an eternal symbol of intolerance, the Holocaust transcends time. It is a window into the darkness of the human soul, whose hateful philosophies can resurface in any—and every—generation, if we let it do so. For the sake of the tens of millions of victims of the Holocaust, Jews and non-Jews alike, we must fight for Holocaust education, as the fate of our world, not to mention our humanity, may very well depend up on it.

(Baruch Adler is a son of Holocaust survivors and the deputy chairman of the International March of the Living, an immersive Holocaust education experience that brings individuals from around the world to Poland to examine the roots of prejudice, intolerance and hatred) 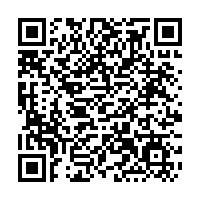