Collectors have long recognized that Israel uses archaeology on stamps, coins and currency to advance its political and nationalist goals. Actually, while archaeology in recent years has declined as a mechanism that helps shape Israeli national identity, it has, at the same time, grown both as a discipline and in the way it is practiced in Israel.

My new book illustrates this pervasive early use and recent decline and sheds light on how archaeology found its way – through stamps, coins and currency – into the daily lives of Israelis.


In the summer of 1997 I came to Israel to participate in the first season of excavations at Tel Rehov with Professor Amichai Mazar. Two years later I began studying archaeology with Professor Israel Finkelstein at Tel Aviv University’s Institute of Archaeology. During my studies at Tel Aviv University I participated as an excavator, assistant registrar, assistant area supervisor and area supervisor in a number of archaeological excavations including Tel Yaffo and Tel Megiddo.

While studying in Tel Aviv I benefited from the excellent archaeological methods and practices taught by the professors, as well as the theoretical or non-practical seminars they offered.

One of these seminars was Dr. David Ilan’s “Archaeology and the Public.” This seminar came for me at a perfect time in my education. I had taken a number of the theoretical classes and found them interesting and intellectually challenging. But I had a hard time making the connection from theory to what archaeology means for the average person.

I would ask myself: How can I explain the importance of archaeology; why is archaeology important and what is its connection to everyday life? Dr. Ilan’s seminar helped me find the answer.

That answer inhered in everyday objects such as stamps, coins and banknotes.

My book demonstrates some aspects of how and why symbols and motifs from archaeology have made their way onto everyday objects. It shows that archaeology has helped create a collective identity in modern Israel through the construction of a shared past.

I learned in my research that archaeology helps to substantiate territorial claims. This is an important part of the discipline of historical geography. If we can identify the places mentioned in the Bible as places that exist today, and if the Bible is our history book, then we can better claim legitimate sovereignty over them. By excavating them and confirming their identifications, that claim is made stronger.

I also found the actual physical labor involved in a dig increases the sense of ownership, as illustrated by what Professor Avi Yonah said about the case of the excavations at Bet Alpha: “Its interest lay in the fact that a Jewish village once stood on the exact site of a modern Jewish settlement of some thirteen hundred years later, providing, as it were, a kind of unofficial title-deed to the land.”

I discovered that archaeology is an important part of the nation building process. National identity requires icons and cultural signifiers, which are embedded in the collective consciousness. Archaeology provides a highly sensual, visual array of such symbols on buildings, tools, weapons, jewelry, seals, coinage, and, perhaps most important of all, it reveals to us a written script of great antiquity that has been deciphered.

I found an early example of how all of these factors came into play in the excavations of the Byzantine period synagogue at Bet Alpha in 1929, directed by Eleazar Sukenik. The story has been recounted at some length by Amos Elon and Neil Silberman, who observed, “The colorful signs of the zodiac still visible, Sukenik quickly recruited volunteer workers from among the kibbutz members, and as the days passed and the entire mosaic was gradually revealed, the excitement among them grew…. All their work now had a different significance. Their history had been uncovered, and they could see it with their own eyes.” 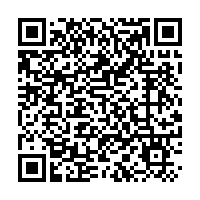