The goodwill and cooperation generated by the Abraham Accords continue. Just last month, Israel and the UAE signed an agreement for the two countries to collaborate on healthcare and healthcare technology. But more than that, there have been public expressions of goodwill on holidays and condolences on other occasions. 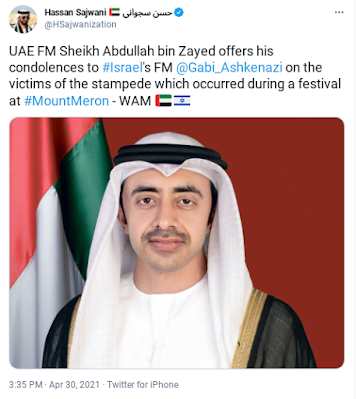 How far can this spirit of goodwill go?


Last December, I suggested this could extend inwardly as well as outwardly and the Abraham Accords could even affect Israeli relations between Arabs and Jews. Mansour Abbas, an Israeli Arab politician and head of the United Arab List (Ra’am), has openly spoken about working with and from within the Israeli government. More importantly, this approach is supported by a majority of Arab Israelis. Yousef Makladeh of the consulting company StatNet, reported that “over 60% of the [Israeli] Arab population supports MK Mansour Abbas’ approach, that they can work with the [Jewish] right.”

Makladeh sees the Abraham Accords as a part of this:

“The [Arab Israeli] public wants peace, it does not matter with whom, because it will bring them economic advantages,” he said. More trade with the UAE, more UAE investors coming to Israel, and Israeli companies going to the UAE, will mean more opportunities for Arab-Israelis, who will be seen as the logical middlemen. [emphasis added]

So just how far can the effects of the Abraham Accord go?

Writing in Newsweek, Seth Frantzman — Executive Director of the Middle East Center for Reporting and Analysis — believes the accords may play a part in diminished criticism of Israel:

Today’s Middle East realities, with [1] new peace agreements and [2] concerns about China’s emerging role, has less time to focus on the Israeli-Palestinian conflict. Consequently, we are likely seeing the last generation of professional Israel critics.

In addition to the global events that draw some of the attention away from the Middle East, Frantzman believes that we are past the point where “being an Israel critic once offered an entrée to fame and a feeling of instant expertise,” leading potential critics to go into other areas and conflicts. The coronavirus has played a part too, cutting down on the number of anti-Israel publicity stunts.

And then there are the Abraham Accords:

There is less hunger in the Middle East for input from Western activists who propose new “solutions.” And in the West, there is less readiness to see Israel as a major issue in the world when there are so many others happening. Anti-Israel activism gained fuel from regimes in the Middle East and even the Soviet Union in the decades before Oslo. These factors have all since shifted, moving the West toward a more reasonable discussion about Israel’s policies and how Israel can play a positive, stabilizing role in the Middle East. The conversation now is about interfaith dialogue, coexistence and reducing tensions. [emphasis added]

It is early yet to say so definitively, but as more and more positive news appears on social media — not only about economic ties and military agreements, but about tourism and friendly exchanges — a gradual shift in the narrative of the Middle East in general and Israel, in particular, may appear.

But it won’t be easy.

But these activists, who we got used to seeing at the anti-Israel Durban conference in 2001 and again in the “boycott, divestment and sanctions” movement, are growing older and becoming less relevant.

He wrote these words a month ago, before the HRW report claiming that Israel is an apartheid state. So how does that report fit in with Frantzman’s thesis?

On that point, consider Herb Keinon’s article last month in the Jerusalem Post, The HRW apartheid report: Does it matter? He responds that it does…and does not.

It doesn’t matter that much anymore in the corridors of power in Western democracies. Evidence of this is that few if any government will issue a statement or communiqué on the basis of this report.

Even though the State Department spokesperson may well be asked what Washington thinks of the report at a daily press briefing, it is highly unlikely that the White House or the State Department will deem it necessary to respond of its own volition. Not only Washington, but also in other capitals around the world.

A State Department spokesperson did in fact make a statement that “It is not the view of this administration that Israel’s actions constitute apartheid” — while at the same time saying it would not “offer public evaluations of reports by outside groups.”

Keinon goes on to quote an Israeli official that another factor mitigating against the impact of the HRW report is that the “golden age” of such human rights organizations is over. One reason is that many countries are more nationalist and less globalist. Another factor is growing skepticism about these organizations, based on revelations such as the HRW trip to Saudi Arabia in 2009 when it used its work against Israel as part of its sales pitch to get money from wealthy donors.

This is separate from the obvious influence the report will have on those with a limited grasp of the facts.

Last October, Luke Akehurst, Director of We Believe in Israel, was already claiming that undercutting the apartheid claim was one of Four ways the Abraham Accords dismantle the anti-Israel camp’s narrative:

[T]he Abraham Accords demolish the narrative that Israel is engaged in a race-based and hence racist oppression of the Palestinians, and hence the apartheid smear and the BDS policies that flow from the false comparison with apartheid South Africa. Emiratis and Bahrainis are the same ethnicity as the Palestinians: Arab. If Israel is able to have normalised and mutually beneficial relations with other Arab states it stands to reason that the occupation is down to a political impasse with the Palestinians, not a race-based desire to subjugate them.

But reason has little to do with the accusations of apartheid coming from groups like HRW and B’tzelem.

Akehurst believes that the accords also undercut the BDS movement as well:

[T]he Abraham Accords sound the death knell for the Boycott, Divestment and Sanctions (BDS) campaign. BDS was built on the foundations and legacy of the Arab Boycott of Israel, initiated as a boycott of the pre-state Yishuv by the Arab League in 1945. With key Arab states now formally embracing trade and diplomatic deals with Israel, it looks ridiculous and out of touch with the reality of the region or Arab opinion for radicals in Europe and North America to continue to pursue a boycott policy.

But again, if the accords are going to have any such effect on changing the narrative, it will be gradual and over time. It will depend on continued, positive developments between Israel and Arab countries on the one hand and regular, reliable posting of these developments on social media on the other.

Most importantly, a lot depends on the support for the Abraham Accords by the US. And if Saudi support for the accords were key in getting the UAE and other Arab countries on board, anything that appears to diminish that support may undercut what is now being accomplished.

For that reason, Biden’s measures against the Saudis are worrying — 3 in February alone.

o  February 4, the White House announced the Pentagon would no longer support the Saudis against the Iran-backed Houthis that have been terrorizing both the Yemenis and the Saudis for the past 10 years.
o  February 16, the State Department rescinded the designation of the Houthis as a Foreign Terrorist Organization
o  February 26, Biden had the Office of the Director of National Intelligence release a report confirming Saudi responsibility for the murder of Jamal Khashoggi at their consulate in Turkey

And now the Saudis are talking with Iran.

An article in Haaretz examines the prospect of the Abraham Accords falling apart in light of these secret negotiations:

The Saudis appreciate Israel’s attempts to sabotage Iranian nuclear ambitions, but do not believe these efforts can entirely halt Iran’s converging paths to a nuclear weapon, nor rein in its takeover of neighboring countries.

Despite the Trump administration’s inelegant attempts to have Israel and the Arab states play nice in order to join forces to counterbalance Iran, co-operation to that end is still limited.

If, as may be the case, Netanyahu is replaced as Prime Minister, the question of the future of the Abraham Accords becomes sharper.

But for now, Israel is benefitting from the remarkable friendship and goodwill of multiple Arab countries, with potential far beyond economic and military ties. 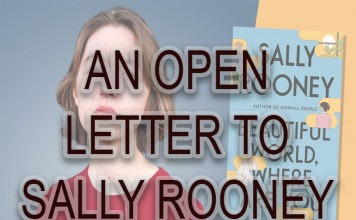 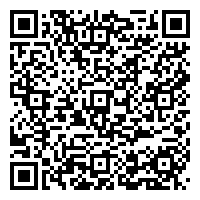