I can’t say I’ve encountered much anti-Semitism in my life. I grew up in tranquil suburbs, first outside of Philadelphia, then on Long Island, two regions with heavy Jewish populations, so perhaps that is why.

But now that we live in the age of the Internet, where the whole world is a click away, I have an inkling of what it must feel like to be a Jew in Paris or Amsterdam. I say an inkling because the feeling is generated only through words posted on a screen, by offenders probably far away, while Jewish residents of cities where anti-Semitism rears its head no doubt live in fear for their lives in their own neighborhoods.


An op-ed article of mine titled “A Great Time to Be Jewish” appeared in the May 6 issue of The Jewish Press. It was meant to be an uplifting piece, with its focus on the bright side of being Jewish in these troubled times. But leave it to anti-Semites to fish it out from the online universe and spew their hatred.

On May 8 the following note arrived to both my private and college employer e-mail addresses:

Greetings Harvey,
It’s a great time to be a Jew in Israel or in a train on the way to camp.
Either one is good.
Regards,
[Signed]

I wasn’t surprised to receive this piece of hate mail (it comes with the turf of being a Jewish writer) but I was surprised that the writer had my two e-mail addresses, especially my private one. My first inclination was to write back and tell him what I thought. (In my twenties I wanted to be a Nazi hunter, so I’m not shy about stating my feelings). The writer had signed his name so by merely clicking “reply” I had his e-mail address. But my better sense told me it was not worth my while to respond,

Then the next day I found the article (or rather much of it) posted on the website The Daily Stormer with the title “Jew Press Brags That Never a Better Time to Be a Jew.” Wikipedia describes The Daily Stormer as “an American neo-Nazi and white supremacist news and commentary website.”

Following my article’s introduction, which details some of the unfortunate things happening to Jews today, is the sentence (which the website boldfaced) “And yet this is still one of the best times ever to be Jewish.” The person who posted the article on the hate site then inserted the following line in italics:

“The rat kike goes on to give ten reasons why…”

More of my article was quoted and then readers’ comments followed (most of which really don’t even make much sense, but you get the feeling behind them). A sampling:

“Jews have made spectacular contributions to the world in every endeavor known to man. Heard this so many times. Never heard one example.”

“There was just an article saying never a better time to be a racist, so jews [sic] must be racist.”

“If only Hitler hadn’t died before he could tell us how to do the body fuel thing so we could solve the global warming crisis that’s going to kill us all in the year 2009.”

My article had been posted with both my private and college employer e-mail addresses as well as my work telephone number (so now I knew where the hater who e-mailed me got those addresses).

The whole thing didn’t really upset me because I regarded those who posted the malicious and historically ignorant comments as poor souls whose minds had been tainted by vile propaganda. I felt more sorry for them than angered by them. (But of course our communication was transmitted by harmless pixels across the safety of a screen, and the messages weren’t shouted in person.)

What is scary, however, is that today anyone can find so much personal information about you – your home address, telephone number, e-mail address, employer, names and locations of family members, and much more.

The day after I received the hate e-mail I received a warm e-mail. It came to me via my “author” website, which has a “contact” area that enables anyone to e-mail me through it. The sender wrote:

Hi Mr. Rachlin,
I live in Westchester and always enjoy your columns in The Jewish Press.
Do you ever speak in Westchester where it’s open to the public?
Thank you in advance.
[Signed]

With the hate e-mail still so fresh in my mind, this one was quite welcome. Two days, two e-mails. One a chilling reminder of human pathology, the other a friendly missive from a landsman.

I chose to focus on the latter. 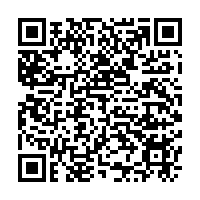