We are less than two weeks from election day, so here is your final installment to help you understand the theft of the upcoming presidential election. We previously established the Left’s documented plan to disrupt the 2020 presidential election, and then examined some of the information operations techniques deployed against the American public to persuade and influence the election “season” ahead.

In the past few days, we have been treated to an information suppression operation by the Left and their public relations arm (the “journalists” of the news media and social media tech giants) — that perfectly demonstrates the countermeasures that can be deployed to actively deny the truth. This important defensive technique — swarming and shutting down reporting on a subject by furiously ignoring it, or reporting it as “debunked,” “discredited,” or “foreign intervention.” The offensive application is discussed below, but first, some context.

There is little doubt that Gatestone Institute readers are the sort of folk who will have successfully gained access to the reports, first broken by the New York Post, of the Hunter Biden laptops and the damning records contained therein. The social media tech titans are doing their best to make sure the story does not spread. Twitter has suspended the New York Post’s account because of the story and locked the Trump campaign’s account over a Hunter Biden-related video.

Hunter appears to have explicitly leveraged his father’s position as Vice President — and there was “consideration” planned for the “Big Guy.” It seems as if Joe Biden knew or should have known what was going on. Forget the idea that reporters would pressure the Biden campaign to give substantive answers to any questions regarding this scandal. The only tough question Biden has been asked recently was what flavor milkshake he bought. You are supposed to believe this is “normal.”

Here is why you are supposed to unblinkingly swallow this nonsense: You have been psychologically conditioned to accept it. Zero analysis. Zero questioning. Consume. Digest. Accept. Ask for more, politely. Be satiated.

In previous election-theft articles, we explained how the Transition Integrity Project (TIP) report and the subsequent news media reporting about it are components of psychological warfare within the broader Leftist national information warfare campaign. We reviewed how the goal is to break down and weaken Trump support before, during and after election day. We explained how TIP has coordinated a dishonest storyline as the official narrative of the 2020 presidential election and alerted the militant wing of their movement to seize control of the lead-up to election day and beyond.

Here comes the offensive information campaign. Election night results indicate a Trump victory. The Left wants to keep counting and counting and counting ballots until they get the number that lets them claim victory — they want election “season.” Trump and his campaign have sufficient state election returns and polling data to claim victory. Trump tweets: “VICTORY!” Twitter takes it down and locks his account, and those of his campaign. He goes out to the campaign hotel ballroom for a victory speech and only OneAmerica News Network carries the speech. Trump’s proclamations are branded “fake news.” Zero coverage. Networks and other news media outlets show poll workers and election officials counting and counting and counting “contested” ballots. The news media and the social media giants will not let Trump win. That is not the headline they will allow. Efforts by the Trump campaign to claim victory and certify election results are subjected to endless lawsuits — all of which are reported on by media outlets, because Trump has (supposedly) been caught cheating, of course.

You see how this plays out. When the truth cannot be reported, it is worse than being lied to about what is truly happening. The insidious plot of the Left can irretrievably twist the constitution and the nation in just a very few days. Fight for the truth.

Chris Farrell is a former counterintelligence case officer. For the past 20 years, he has served as the Director of Investigations & Research for Judicial Watch. The views expressed are the author’s alone, and not necessarily those of Judicial Watch. 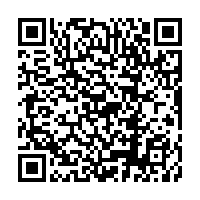