There he goes again. Donald Trump hasn’t even been sworn in yet and former President Jimmy Carter is urging President Obama to recognize “Palestine” before he leaves office.

In his recent New York Times op-ed, Carter reiterates his deep animus for Israel by labeling 600,000 Jewish residents of historic Judea and Samaria (aka West Bank) as “colonists.”

Mr. President-elect, forget Jimmy Carter, he long ago made his bed with the likes of Fidel Castro and other tyrants. And it was Carter who has been the chief cheerleader to recognize Hamas as a legitimate “political actor.”

Meanwhile, Secretary of State John Kerry couldn’t go gently into the night. AFP reported that “In unusually stark terms, Mr. Kerry warned that the building of Israeli settlements was undermining any hope of an agreement to allow two states to live side by side.”

Mr. Trump, you have said you want to apply your unique negotiations skills to the Israel-Palestinian dispute:

Here are a few suggestions:

Second: Send a message to the UN. Stop treating our ally Israel as a whipping boy for the Arab and Muslim Blocs’ fanatic anti-Jewish hatred or America will re-evaluate our future in the UN Human Rights Council, UNESCO, and UNWRA.

Mr. President-elect, you know its treacherous record on the Holy Land, its ineffectiveness in stopping the slaughter in Syria, its silence over ethnic cleansing of Christians in Iraq. Yet, it is only Israel — not Syria or Iran — that continuously suffers diplomatic assaults, with Jerusalem recently targeted by 10 UN resolutions in one day.

Third: Mr. Trump, tell the French you will veto any Security Council resolution demanding Israel to withdraw to its June 1967 borders. Those lines, dubbed “Auschwitz borders” by the late Foreign Minister Abba Eban, would immediately put 8 million Israeli citizens within range of cross-border suicide bombers and over 100,000 missiles. No nation would ever place its people in such jeopardy. And no Israeli leader will.

Mr. President-elect, you can build a new paradigm for peace by doing something no previous US President has ever done: Deliver some tough love to the Palestinians.

Fourth: Call for an end to Hamas rule in Gaza. The world talks of a two-state solution, but so long as terrorist Hamas rules Gaza, Israel would be forced to accept a three-state solution. For decades now, in word and deed Hamas has been totally committed to a genocidal end to the Jewish state. It cynically places the people of Gaza in harm’s way, intertwining civilian infrastructure with its military/terrorist complex. It steals construction materials earmarked for civilian reconstruction to expand its underground terrorist tunnels to attack Israel. Still, international aid continues to pour in and few protest Hamas’ antisemitic invective and continued calls to “remove all Jews.”

Mr. Trump, you can lead the way in putting an end to this madness. Denounce Hamas’ serial terrorism and criminality. Demand its international enablers stop funding Hamastan. It is time the world heard from the White House that it is Hamas — not “settlements” — that is a real obstacle to peace.

President Abbas should be told there will be no more funding for PA curricula that fail to teach coexistence with Jewish neighbors. In 2016, Palestinian textbooks are rife with anti-Jewish invective, a fact overlooked by an Obama White House memo that gave these books a clean bill of health.

And shouldn’t recipients of America’s and Europe’s largesse hold accountable the adults who gave two eight-year old Palestinians knives, then drove the kids to Nahal Oz and told them to go kill Jews?

Your leadership can bring real hope to the Holy Land by speaking the truth. Demand that Hamas be removed from ruling Gaza and make clear that there is one main obstacle standing between Palestinians and a peaceful future: Hate. 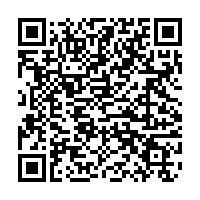