For the first time since 2014 a major international investigative body is coming to Israel. In the past the ICC took one-sided stances as far as Israel and the “Palestinian” Arab, yet the International Criminal Court has promised that this time would be different.


For one, neither of the past two commissioners of previous investigations have been allowed in the country. Secondly, the ICC and Israel out of mutual interest will be carrying joint press conferences. The question for observers is why?

There are no real answers, but Bibi Netanyahu’s seeming change in approach is most likely due to the ICC coming down from its own tree. Afterall the region has changed from bad to worse, with the Syrian conflict overshadowing anything the ICC has accused Israel of in the past. Furthermore, past investigations have been so one-sided the ICC has lost a great deal of legitimacy.

Perhaps the about-face by Israel has more to do with its new-found involvement in Sub Saharan Africa and increased integration as a tech giant with many of the emerging economies. After all, most of the attacks on Israel throughout the years have been directed from developing nations that have been cajoled to support Arab causes. With this the Arab block losing its leverage on these countries, Israel has far more wiggle room in the international arena.

That being said, the trip is not just for PR, but to determine whether the ICC needs to step in and run its own investigation on Israel’s actions. This is the same ICC that declared its support for a Palestinian State in Judea and Samaria.

The government may feel it is in its best interest to placate the court with a warmer visit, but the ICC as an arm of Western ambitions throughout the region and the developing world does not have Israel’s interest in mind.

Part of the trip, led by chief investigator Fatou Bensouda is to find out if Israel can be trusted to run its own investigation into the 2014 Gaza war as well as the “Palestinian” territories in Judea and Samaria. Although Bensouda recognized Palestinian statehood as per the recommendation of UN General Assembly in 2015, she has since struck a far more conciliatory tone.

In an interview earlier in the year with the Jerusalem Post Bensouda insists she will only follow the Rome Statute:

“We are not looking, judging the whole judicial system of any state or any system that is supposed to have jurisdiction or that could exercise jurisdiction. We are not looking at the judicial system and how it is functioning. We are looking particularly at specific crimes and we are looking at specific conduct, we’re looking at specific persons, who bear responsibility for those crimes and what is being done with regard to that…and as I always say [we are doing this] in an independent and very dispassionate way and this is very critical whether it is in…any other situation.”

Yet, given Israel’s experience in the past and the wide ability for the ICC to operate once it is allowed to do so, should give Israel pause in how much leeway it gives the court. For now it is still deliberating on keeping the trip to a series of photo-ops or allowing the court to bring reps into Arab villages inside Judea and Samaria. 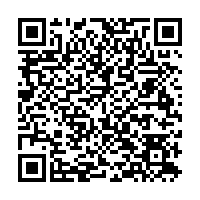