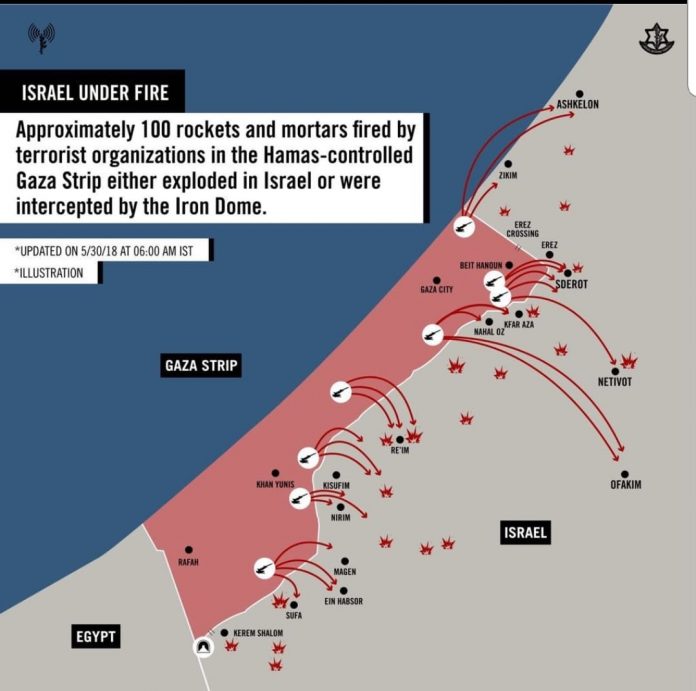 On Sunday morning, Israel opened the border crossings with Gaza for the first time since they were closed last Monday after Gaza terrorists fired a missile on central Israel and hit the town of Mishmeret, just north of Tel Aviv, which destroyed a home, left seven family members injured, including two infants, as well as a neighboring child.


The opening of the crossings was part of the implementation of the Egyptian-brokered informal ceasefire between Hamas and Israel over the weekend. Apparently, the fact that five rockets were launched at Israel from Gaza on Sunday morning –the Iranian proxy terrorist organization, Islamic jihad took responsibility for the rockets – made no difference. According to Prime Minister Benjamin Netanyahu, “This is the way we manage things, use force when necessary, and avoid, if possible, unnecessary wars”.

But what if you are already in the midst of a war? Does that basic fact change, simply because you claim the opposite? And is the proper way to “manage things”, in such cases, to pretend otherwise, while continuing to enter into temporary truces that – obvious to everyone — only last until Hamas has had enough time to regroup and rearm?

Terrorists in Gaza are in the midst of an ongoing two-pronged war against Israel, fueled and supported by Iran, which is using two of its proxies in the region, Hamas and Islamic Jihad, to achieve its aim of destroying Israel, through whatever means necessary.

One of the two prongs of this terrorist war is the one that has become euphemistically known in the international community as ‘peaceful protests’ along the border fence with Gaza. It began one year ago this past Saturday, March 30. In one year, according to the IDF, terrorists attacked Israel with 94 improvised explosive devices (IEDs), infiltrated Israel 689 times, hurled 600 firebombs, and burned 8,500 acres of Israeli land causing indescribable ecological and wildlife devastation. The purpose of that campaign was, and continues to be, the murder of Israeli civilians, as memorably stated by senior Hamas leader Yahya Sinwar, when the campaign first began, that his people would “tear out the hearts” of Israelis and “erase” the border.

This Saturday marked the one year ‘anniversary’ of this terrorist war of ‘peaceful protest’.  The IDF posted evidence of Hamas terror units boasting that they would come to the ‘riots’ laden with explosives – which they did, according to the IDF – and circulating ‘DIY videos’ on how to make homemade bombs. Iran, as always playing a central role, endorsed and encouraged its proxies to make it a violent anniversary with a statement on its Foreign Ministry website on Friday, the day before the anniversary, which said, “The Islamic Republic of Iran believes that the establishment of… peace in the region will only be possible through the continuation of resistance until the complete end of Palestine’s occupation”.

Israel’s destruction, in other words.

The actual anniversary of the terrorist campaign, played out almost entirely according to the usual script: 40,000 Gazans, many of them heavily armed with explosives, came to the border where they burned tires, as usual, but the anniversary was generally downplayed as having been ‘restrained’, enabling Israel to pretend that the conditions for entering a truce were there.

Gazan terrorists sent three young children across the border into Israel, in two separate instances, hoping that a bit of child sacrifice would feed the international press the necessary attention-grabbing pictures of dead Arab children at the hands of the IDF. It failed: IDF sent all three children – a 7-year old girl and two 8-year old boys armed with knives, back to their peace loving parents in Gaza.

The other, parallel terror war launched from Gaza on Israel has been ongoing for nearly 15 years, since a little before Israel vacated the Gaza strip and left Gazans to govern themselves. That terror war consists of shooting rockets into Israel, aiming exclusively at killing Israeli civilians. In the past year alone, since March 30 2018, Hamas shot 1,233 rockets at Israeli civilians. The overwhelming majority of those rockets landed in the south of Israel, particularly among the heavily traumatized citizens of the city of Sderot, which lies particularly close to the border with Gaza and where the citizens, therefore, only have 15 seconds to seek cover.

There is, unfortunately, a notable difference in how the government responds to the rocket launches: When Mishmeret was hit, the government went into an intensive bombing campaign in Gaza — albeit only bombing buildings, not actual terrorists. Five rockets against the south, however, did not really count as an obstacle to entering a truce and could be downplayed, politically, as ‘restrained’.

The problem with that approach, apart from being extremely demoralizing on the Israeli population in general and the southern population in particular, as well as openly discriminatory in what regions apparently deserve the full protection of the IDF according to the government, is of course that it damages Israeli deterrence beyond repair. Every time Israel initiates a response to the terrorist war against it– as opposed to just being the sitting duck that it has been for the better part of a year, where it allowed Hamas to burn and destroy land and wildlife, pollute the air of its citizens and terrorize the Israeli population of the south — it begins by bombing the empty buildings of terrorists, and ends by succumbing to a temporary truce, which eventually expires as soon as Hamas sees it fit to do so.  Upon which the entire scenario repeats itself again — ad nauseam. That is not ‘managing things’ to ‘avoid unnecessary wars’; that is burying your head in the sand, running away from a war that has already been launched against you, a decade and a half ago – a war that Israeli governments clearly refuse to win.

Israeli governments owe it to their population, especially the beleaguered residents of the south, to finally stop entering into truces and finish the job they keep starting and stopping, which is to end the terrorist war from Gaza against Israeli civilians. It is obvious that the IDF can do it. The real question is why the Israeli government will not. 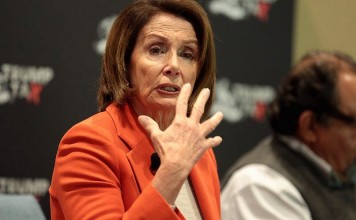 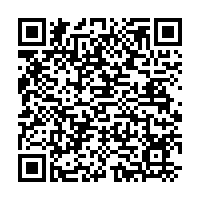