Marriage is under assault again in this country, as fewer adults choose to tie the matrimonial knot while the Left continues to lend civil and economic credence to unions of same-sex partners.

According to the Census Bureau, the percentage of married adults in the U.S. has dropped steadily over the past few decades, from 72 percent in 1970 to around 54 percent last year. Part of that decline can be attributed to the delay in getting married, as people spend more time pursuing higher education and establishing themselves in their careers.


Additionally, a large component of this decline stems from the fact that many choose not to marry at all. And those who do are far less likely to remain wedded for the balance of their lives than in past decades.

In a recent CBS News poll, seven in ten Americans said the institution of marriage is weaker now than it was 20 years ago, despite the fact that research shows married people tend to live longer and are generally healthier, wealthier, and happier.

The reasons for this shift are many, including the sense that many of the traditional benefits” of marriage – companionship, financial security, the ability to have and raise children – can be achieved in today’s society without the so-called burdens of a longstanding relationship.

Of course, the question is not merely whether to wed or not to wed. In recent years, the question has increasingly centered on the fundamental definition of marriage as the civil union of a man and a woman.

To date, five states and the District of Columbia have approved gay marriage, while others permit civil unions of same-sex partners. Under pressure from the White House, the military recently repealed its longstanding policy of “don’t ask, don’t tell.”

President Obama advanced the cause even further when he crossed into the judicial realm by announcing the Executive Branch would no longer oppose court challenges to the Defense of Marriage Act, a 15-year-old law that prohibits the federal government from recognizing same-sex marriages for purposes of taxes, social security and other programs. According to Attorney General Eric Holder, the law’s definition of marriage as between a man and a woman is “unconstitutional.”

Naturally, the administration’s position, not to mention its timing, came under fierce attack. Lamar Smith, the Texas Republican who chairs the House Judiciary Committee, called the Justice Department’s decision to stop defending the law “the real politicization of the Justice Department,” lamenting that “the personal views of the president (can be made to) override the government’s duty to defend the law of the land.”

While politicians attacked the law largely for political considerations, organizations like the Agudah took exception to Obama’s decision on religious and moral grounds, calling it, among other things, “a provocative step toward undermining our nation’s traditional values and moral fiber.”

While one can certainly appreciate and unequivocally support the aforementioned position regarding same-sex marriage, one wonders why this issue regularly garners so much of our time and energy.

After all, in what sense does such legislation change the current reality? Certainly the absence of such legal backing has not served as much of a deterrent until now.

Further we live in a society that routinely flaunts norms and values wildly inconsistent with our Torah lifestyle. Why have our leaders seen fit to speak out publicly and repeatedly against this particular issue?

I believe the reason has nothing to do with attempting to impose any meaningful change on the status quo. Rather, it is because we maintain that recognizing and affirming same-sex marriage pose a fundamental threat to the very fabric of human society.

According to our tradition, non-Jews as well as Jews have found such anti-family conduct to be on a level of complete abhorrence, comparable to cannibalism.

Ulla said, [there] are thirty commandments [comprised in the seven Noachide precepts] which the sons of Noach took upon themselves, but they [only] observe three of them . They do not draw up a kesubah document for males, they do not weigh flesh of the dead in the market, and they respect the Torah.

[Chulin 92a-b] Obviously, this in no respect implies the nations of the world have historically abstained from homosexual practices. To the contrary, it was a central element of many ancient civilizations. Still, they stopped short of legitimizing their desires in the form of marriage. 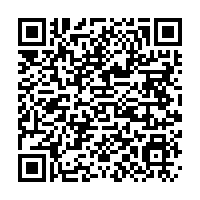