The hour of judgment shall not come until the Muslims fight the Jews and kill them, so that the Jews hide behind trees and stones, and each tree and stone will say: ‘Oh Muslim, oh servant of Allah, there is a Jew behind me, come and kill him,’ except for the Gharqad tree, for it is the tree of the Jews.”
From Hamas Charter, as recorded in the Hadith collections of Bukhari and Muslim

It is no secret that there are Palestinian Arab imams preaching hate against Israel and against Jews.

It is not even surprising that this preaching of hatred has expanded to outside the Middle East, and has found a home in Europe, where the favorite Hadith of Hamas can be heard, promising the death of Jews.

What is surprising is that last year Muslim Antisemitism, with all its vitriolic hatred, has found its way into the US. It is not as if Antisemitism did not already exist. It’s just that generally it has not been as out in the open nor expressed as violently as we have seen it elsewhere.

After all, year after year we read the polls in the US showing much stronger support for Israel than for the Palestinian Arabs who seek the destruction of the Jewish state. We have gotten used to the idea that life for Jews in the US is different than what it is like in Europe.

Or maybe we have just gotten complacent.

Looking back, 2017 brought with it something that we are not used to. At the same time, the media, which started off 2017 acting as if it was on the lookout for any case of antisemitism, soon proved that it was only interested in cases of antisemitism that could be traced to Trump.

By the end of the year, we  didn’t realize what hit us around the country.

For example, on July 21, Imam Ammar Shahin delivered a sermon at the Islamic Center of Davis, northern California — inciting hatred against Jews:

The Prophet Muhammad said: ‘Judgment Day will not come until the Muslims fight the Jews, and the Jews hide behind stones and trees, and the stones and the trees say: Oh Muslim, oh servant of Allah…’ The Prophet Muhammad says that the time will come, the Last Hour will not take place until the Muslims fight the Jews… When that war breaks out, they will run and hide behind every rock, and house, and wall, and trees. The house, the wall, and the trees will call upon the Muslims. It will say: …Oh Muslim. Muslim. When Muslims come back… ‘Come, there is someone behind me

Shahin quoted from the Hadith, leaving out that the trees will call out to the Muslims to come kill the Jew hiding behind it — but his audience knew what he meant.

The Jews were coming from Germany, Poland, Italy, and everywhere else, and [the Muslims] would give them rooms, shelter them, and help them out, not knowing that there was a plan. Within the thirty years between the two incidents, until 1948 and the British occupation, everything was plotted to take over that beautiful land, in the way that we all know – with killing, crime, and massacres…”One brother sent me a video, showing a naked woman walking into the holy mosque under the occupation forces, just to insult more and more the psyche, honor, and dignity of the Muslims.

On July 24, the Islamic Center of Tennessee, in Antioch, Tennessee, posted a video on their YouTube channel. It is a Friday sermon delivered by Somali-American Imam AhmedulHadi Sharif. He told his congregants that “the Zionists” are the “number one terrorists in the world,” who had “kidnapped” the Al-Aqsa Mosque. Sharif went so far as to say that “if we lose Jerusalem – know that it is not going to stop there… The enemies of Allah will come and try to destroy the Kaaba.”

On Friday, December 8, 2017 Imam Abdullah Khadra delivered an antisemitic sermon in a mosque in the Raleigh, NC area. Khadra recites the entire Hadith at 2:37, making clear that Muslims will kill Jews.

If Al Rousan makes you feel ill at ease — don’t worry. He later apologized for making you feel uncomfortable with his quoting the Hadith about how Muslims will kill the Jews:

On December 8, during a sermon in Jersey City, NJ, among other things, Imam Aymen Elkasaby told his congreganats that the Al Aqsa mosque was “under the feet of the apes and the pigs, in reference to Israel.

The good news about Elkasaby is that he is going into “rehab”:

Ahmed Shedeed said that Sheikh Aymen Elkasaby, imam of the Islamic Center of Jersey City, would be meeting with “interfaith scholars” who would “consult with and retrain him,” following sermons in which Elkasaby called for the murder of Jews and attacked the west for having made Muslims the “tail-end of all nations.”
“This is like sending someone to rehab,” Shedeed, the Islamic Center’s president, told The Algemeiner when asked whether Elkasaby would be dismissed from the imam’s position…“There are extremists in the Jewish, Christian and Buddhist religions and everything can be taken in the wrong way,” Shedeed said.

Even with popular backlash, these imams were able to escape serious consequences for their actions.

We can expect more of these kinds of sermons in 2018. 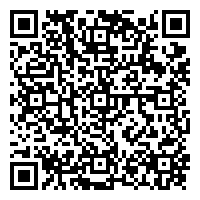