“We have become like Sodom and Gemorrah,” the judge lamented when referring to the hard kick the Arab woman terrorist received from a Jewish bystander after an attempted stabbing. The judge’s assessment was right, but from the other side of the coin. It is the judge who represents the Sodom mentality; thinking that turns values inside out, rendering good – bad and bad – good. The Jew who kicked that Arab terrorist still has moral clarity; it is the judge who is stricken with Sodom mentality.

Clearly, not all the Arabs are murderers. There are very good people among them, some of them personal friends of mine. I believe that many of them – perhaps even the majority – feel very badly about the wave of Arab murderousness enveloping us right now. But that does not change the fact that we are currently in a war. Arabs in the Land of Israel (from both sides of the Green Line) backed up by determined and dominating religious and political leadership have declared that the lives of Jews are worth nothing. Not only have they made declarations – they carry them out, as well.


This is not a criminal conflict in which, as soon as the intruder is neutralized, it is clear that the court – and not the victim – must determine his sentence. Not at all. This is a war that was declared against all the Jews simply because they are Jews. And in a war, you do not fire at the enemy soldier only after he fires at you; you try to shoot first.

In this war, however, the situation is much more serious. As we are dealing with total de-legitimization of the very right of Jews to live, there is only one way to stop the trend and to make it non-legitimate and unacceptable to murder a Jew. Israel must clarify with actions (not with words) that in the face of the widespread terror, all the rules have changed. Whoever raises a knife over a Jew in the Land of Israel will be the one to lose his privilege to breathe air on the globe – and should be killed on the spot – without any doubt.

When Netanyahu began to explain that Abu Mazen lied and that the young Arab murderer was alive and breathing in a modern Israeli hospital – the PM proved how much he lacks understanding of the threat. Once again, he has caused severe strategic damage. Does anybody in the world really care if Abu Mazen is telling the truth or lying? After all, when Netanyahu fell into the trap, celebrating the fact that Abu Mazen had lied, he himself endorsed the claim that the elimination of a terrorist is tantamount to murder.

An Israeli leader should have said the following:

“As usual, Abu Mazen lied. The boy in question is alive. Nevertheless, I would like to clarify: The Nation of Israel did not establish its own state just three years after Auschwitz in order to once again be slaughtered in the streets. Anybody in our Land who raises a knife against a Jew has lost his humanity and the right to continue to live.”

Clearly, Netanyahu is doing just the opposite and a whole trail of confused people has followed in his footsteps.

The result, of course, will be that the lives of the murderers will be worth their weight in gold, while police officers and civilians who were the intended victims will be severely punished. And Jewish blood will continue to be cheap. 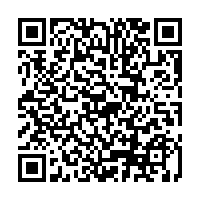