It is illuminating to examine the record of the League of Arab States since the founding of the League in 1945. It is hardly the model for peaceful settlement of disputes in the spirit of the United Nations.

Prior to the establishment of the Jewish state, the League took the following steps:

•In December 1945, the Arab League launched a boycott of ‘Zionist goods’ that continues to this day.
•In June 1946, it established the Higher Arab Committee to “coordinate efforts with regard to Palestine,” a radical body that led and coordinated attempts to wipe Israel off the map.
•In December 1946, it rejected the first proposed Palestine partition plans, reaffirming “that Palestine is a part of the Arab motherland.”
•In October 1947, prior to the vote on Resolution 181 – the “Partition Plan” – it reasserted the necessity for military preparations along Arab borders to “defending Palestine.”
•In February 1948, it approved “a plan for political, military, and economic measures to be taken in response to the Palestine crisis.”
•In October 1948, it rejected the UN “Partition Plan” for Palestine adopted by the General Assembly in Resolution 181.

On May 15 1948, as the regular forces of Egypt, Trans-Jordan, Syria, Lebanon, Iraq, and contingents from Saudi Arabia and Yemen invaded Israel to ‘restore law and order,’ the Arab League issued a lengthy document entitled “Declaration on the Invasion of Palestine.” In it, the Arab states drew attention to:

“The injustice implied in this solution [affecting] the right of the people of Palestine to immediate independence … declared the Arabs’ rejection of [Resolution 181]” which the League said “would not be possible to carry it out by peaceful means, and that its forcible imposition would constitute a threat to peace and security in this area” and claimed that the “security and order in Palestine have become disrupted” due to the “aggressive intentions, and the imperialistic designs of the Zionists” and “the Governments of the Arab States, as members of the Arab League, a regional organization … view the events taking place in Palestine as a threat to peace and security in the area as a whole. … Therefore, as security in Palestine is a sacred trust in the hands of the Arab States, and in order to put an end to this state of affairs … the Governments of the Arab States have found themselves compelled to intervene in Palestine.”

The Secretary-General of the Arab League, Azzam Pasha, was less diplomatic and far more candid. With no patience for polite or veiled language, on the same day Israel declared its independence on May 14 1948, at a Cairo press conference reported the next day in The New York Times, Pasha repeated the Arabs’ “intervention to restore law and order” revealing:

“This will be a war of extermination and a momentous massacre which will be spoken of like the Mongolian massacres and the Crusades.” The League of Arab States continued to oppose peace after Israel’s 1948 War of Independence:

“Taking into consideration that the Provisional Government of Israel has indicated its acceptance in principle of a prolongation of the truce in Palestine; that the States members of the Arab League have rejected successive appeals of the United Nations Mediator, and of the Security Council in its resolution 53 (1948) of 7 July 1948, for the prolongation of the truce in Palestine; and that there has consequently developed a renewal of hostilities in Palestine.”

•In October 1949, the Arab League declared that negotiation with Israel by any Arab state would be in violation of Article 18 of the Arab League.
•In April 1950, it called for severance of relations with any Arab state which engaged in relations or contacts with Israel and prohibited Member states from negotiating unilateral peace with Israel.
•In March 1979, it suspended Egypt’s membership in the League (retroactively) from the date of its signing a peace treaty with Israel. More recently, in the Beirut Declaration of March 27-28, 2002, adopted at the height of Palestinian suicide attacks in Israel, the Arab League declared: 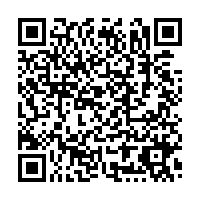