Is there such a thing as “legitimate criticism” of Israel? Should the identity of the critic have an impact on how we view the criticism? Or is criticizing Israel always, inevitably, antisemitic?

Let’s examine the phrase “legitimate criticism.” Those who engage in criticism of Israel often affix the label of “legitimate criticism” as a fig leaf. A good example is this excerpt from an April 2018 letter to the Guardian signed by several members of the British Labour Party:

We are dismayed by unbalanced media reporting ahead of the local elections of allegations of antisemitism against Jeremy. We believe this partly results from his legitimate criticism of Israel’s cruel and racist treatment towards its Palestinian and Bedouin populations. This is because one definition of antisemitism includes criticism of the Israeli state as racist. We reject that definition. Indeed, many Israelis criticise actions of their state.

By now, revelations regarding Corbyn consorting with terrorists and the Labour Party’s connections to antisemitism in general, are numerous and legendary. They are the last people in the world who might credibly bring “legitimate criticism” of Israel. The letter, in fact, cites no factual evidence of Israel’s “cruel and racist” behavior because none exists.

Here’s what these letter writers did: they expressed hatred, labeled it “legitimate” and used their party affiliations to make it all sound authoritative. You either believe them or you don’t. (If you repeat the lies and are challenged, you can always say, “Well, several member of the Labour Party said it! They wouldn’t have said it if it weren’t true.”)

The label “legitimate,” in this case is just cover for hatred—something that cannot be freely expressed, because all humans know that hatred is wrong. The prime task of haters then, is to persuade themselves and others of the moral rightness of their hate. This is accomplished by making the sort of ugly and baseless assertions seen in the Guardian letter. Because if Israel is “cruel and racist,” it becomes not only acceptable to hate Israel but a moral imperative.

By combining groundless accusations that Israel is “cruel and racist” with the phrase “legitimate criticism” the haters achieve dispensation for their hate. The word “legitimate” lends the illusion that the criticism is both proper and correct. The resultant false veil of legitimacy erases the stench of antisemitic hatred, allowing the haters to say whatever it is they want to say. (Which is nothing good and everything bad.)

Not everyone who engages in “legitimate” criticism of Israel is an antisemite. There are those who love Israel but believe it is important to raise awareness of and address genuine issues within the Jewish State. These critics have good intentions. But are they right to speak out?

For some of us, criticizing Israel is like criticizing a family member. It’s okay for you to criticize your Mom, but woe to anyone outside the family who does so. It’s just wrong.

But when it comes to criticizing Israel, it gets a little tricky. Who exactly is a family member? Who is the one who gets to criticize Mom, or in this case, Israel??

No matter your personal definition of what constitutes family—a person who gets to criticize Israel—you’re going to bristle when the wrong person does it.

And of course, audience matters, too. It’s one thing to trash talk Mom to Sis, quite another to tell all to a neighbor. Are you criticizing the State of Israel to other Israelis or to a mixed audience on social media? (Some things are private.)

Then again, even if you have all the right in the world to “legitimately” criticize Israel, and the right audience, too, it’s bound to be viewed with suspicion if you rarely (or never) say anything nice about the Jewish State. One might even use how often a person speaks well of Israel as a sort of litmus test for that person’s credibility. The person may even have valid criticisms of Israel, but his/her motives will always be suspicious. Why only say bad things about Israel? Or only find meaningless fluff to say when relating the good (tasty falafel!)

It suggests you have an agenda.

No matter this critic’s protestations that s/he does it—criticizes Israel—for love of country, or to be true to Jewish ethics, you just know there’s something else going on. And that something isn’t nice, no matter how much s/he protests.

Because Israel can’t be all bad (and there’s so much good to see and share).

In many ways, this is a problem of perspective. Rabbi Yissocher Frand citing Rabbi Nisson Alpert Ohev yamim lirot tov (Loving days; seeing the good.) Living a long life means seeing the good and maintaining a positive attitude. If you have a positive outlook on life, you’ll be less inclined to err with your tongue and lips. You’ll never speak deceit.

says that the answer to the question of “Who desires life?” begins with the phrase,

It’s about trying to see the good in everything, which would include the Jewish State.

It’s human to think that refraining from gossip is about the mouth. What we don’t realize is that it’s every bit as much about the eyes. It’s how we see and perceive people and things and the world around us. And there are so many different ways to see.

Look at the world with a jaundiced eye and you’ll inevitably fall into slander. But see the world in a positive light—Ohev yamim lirot tov—and you’ll never have anything bad to say.

The spies were sentenced to 40 years of wandering in the wilderness after giving over a negative report on the Land of Israel. It’s a shocking sentence, a 40-year punishment for failing a 40-day mission: a year for each day. [Numbers 14:34]. One might reasonably question the fairness of the sentence. After all, if the bad behavior occurred over days, why is the punishment extended over a time period of years?

But it’s not about the few hours the spies presenting their evil report. The issue is that the spies perceived Eretz Yisrael in a negative light for the entire 40 days of their mission. And that was due to their negative attitude. They failed to be positive people, Ohev yamim lirot tov.

They failed to see the good.

Rabbi Frand explains that interpretation is everything. The Jewish sages tell us that the spies called Eretz Yisrael, as a “land which consumes its inhabitants” because wherever they went, they saw funerals; people burying their dead. If you have a negative view of the world, you might conclude from this that Israel is a terrible land, with people dropping like flies.

But if the spies had been positive people they might have instead thought, “Everyone is too busy with their burials to distract us from our mission. God did us a great favor in easing our path so that we might accomplish what we set out to do without disruptions. Such Divine Intervention!”

The same facts, but two vastly different ways of looking at things. Which proves that slander is about the eyes, about our perception of things, and not about the mouth, tongue, and lips.

If you have a positive outlook, you will see the good in Israel, and this is what you will speak about.

And there is so much good to be said about Israel: the way we begged the Arabs to stay in ’48; the olive branch of autonomy to Arab villages in Judea and Samaria; the equality of our society and the way we offer freedom of religion to all; the warmth of the people and the sun; the aura of holiness that abounds throughout the land; the good food; the high moral standards of the IDF; the aid we give to the Arab people in Gaza and Syria; the field hospitals we set up in foreign hospitals after a disaster; our technological innovations. The list goes on and on.

But can you really live like that, seeing only the good? Does that mean we can’t, for example, complain about Israeli bus service, or the heat in summer?

It would seem so.

Rabbi Mordechai Elyahu once wrote that a Jew is forbidden to complain about the heat of Eretz Yisrael, citing Ketubot 112b, in which R. Ami and R. Assi made sure they’d always be in shade in summer, and sun in winter. Rashi explains they did so to avoid complaining about the living conditions in Eretz Yisrael. Rabbi Chanina (112a) used to smooth out bumpy roads so no one would speak badly about the quality of the roads of Eretz Yisrael.

Yes, these are sages, not everyday people. But it is from the sages that we learn how to live; how to comport ourselves as we navigate this world. And the sages did the utmost to see and represent the Land in a positive light.

From a personal standpoint, it just feels wrong to criticize Israel in public for any reason whatsoever when there is so much good one can say. Israel has many detractors and few defenders. Why should I help those who malign the Jewish State? Why would I offer them grist for their hate mill?

In private conversations at home with family, it may be okay to get into the nitty gritty of Israeli politicians, parties, and policies. Especially if this helps us understand how we might better society. But in public, we must think of ourselves as lawyers, hired to believe in and defend our client Israel, no matter what.

What can we do when we see strong voices engaging in constant Israel-bashing under the guise of “legitimate” criticism? We can counter with blogs and social media posts. A petition that is fair, but not inflammatory, could also be an acceptable response, provided it addresses the issue with accurate and credible information.

In the murky waters of Israeli advocacy, here is one truth on which we can all depend: a true Israel advocate will always speak well of the Jewish State, showing the Land in its best possible light. 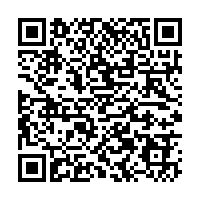