“I warn you, he may look like an idiot and talk like an idiot, but don’t let that fool you: He really is an idiot!” — The Joker, Arkham Asylum

A friend drew my attention today to a recent column by New York Times resident joker and professional stuffed shirt Thomas Friedman, in which Friedman cites a scene from Chris Nolan’s The Dark Knight as a metaphor for the fight against Islamic terrorism.


As I read the column, I grew intrigued — because for a brief moment, it seemed as though the generally clueless Friedman had experienced a genuine epiphany. But by the time I reached the end of the column, I realized that it was a false alarm: The metaphor that he cited (which he says was referred to him by Orit Perlov) was indeed strikingly apt, but Friedman himself completely failed to grasp its meaning.

Here’s the scene that Friedman quotes:

This scene is actually an excellent analogy to the situation of the West vis-a-vis ISIS et al.

Alfred is telling Batman to stop imagining that he can defeat the Joker by trying to discern the Joker’s motivations, because this is an enemy whose way of thinking is utterly alien to our own, and is simply evil. Such an enemy, says Alfred, cannot be dealt with through reason or negotiation, but only through utter destruction. That’s why Alfred and his colleagues had failed to buy the loyalty of the Burmese tribal chiefs, as long as the bandit was out there in the forest. Success only came once they “burned the forest down”, and destroyed the bandit.

Chris Nolan’s message in the film (and the rest of the trilogy) was, in fact, an intended reference to Islamic terrorism.

Nolan was saying that the West will never defeat the terrorists as long as we go on thinking that the Islamists are essentially like ourselves, and can therefore be reasoned and negotiated with. Furthermore, he was saying (in this scene) that it is useless to try to win by paying off Arab governments with “precious stones”, because those will simply be taken by the “bandit”.

The only way to defeat an enemy like that is to wipe it out.

The irony is that all of this flies way over Friedman’s head.

After citing the scene, Friedman then proceeds to completely ignore what it says. Instead — and incredibly — he calls upon America to go on pursuing their same tired old failed policies in the Mideast, imagining that the US can counter the terrorists by “strengthen[ing]” Arab governments “with financial and security assistance”.

What’s sad and frightening is that this joker is actually a major factor in the Obama administration’s policy making decisions. 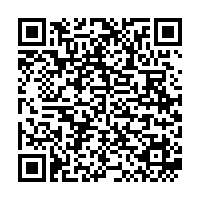