Fast forward 73 years and that little spark of light is now the sun in the Jewish solar system. With 6.9 million Jews out of a total of 14.9 million, not only is Israel the largest Jewish community in the world by far with 47% of world Jewry living within its boundaries, by 2030, the majority of world Jewry will be living in the Jewish state.

As for America, although half a million Jews immigrated to the US since Israel was founded, the total number of Jews in America stands today at a mere 5.7 million. American Jewry has been reduced to just 38% of the world Jewish population. The implications are straightforward. Since 1948, virtually all of the growth in the Jewish world population has happened and is continuing to happen in Israel.

Aside from everything else, this state of affairs exposes the manifest stupidity of the claim that anti-Zionism is anything other than antisemitism.

Although Israel’s position at the center of the Jewish world is undeniable, it has gone largely unnoticed by most Israelis. Most of the Israelis who are engaged with Diaspora Jewry continue to act as though Israel – with a per capita GDP higher than Japan’s – is an underpopulated, impoverished backwater that cannot survive without the support of our wealthy and more secure brethren in America, Australia or France.

So too, most Israelis are unaware of the revolution the country has brought to Judaism itself. In the space of three generations, Israelis have taken their grandparents’ practices from the ghettos of Europe and the melachs of North Africa and Arabia and turned them into a dynamic, eclectic living, breathing creed. Judaism is the rhythm of life in Israel. In every neighborhood, village and town, the Judaism that is lived in Israel has an electric vibrance. Israeli music, fashion, customs, prayer, settlement, religious studies, agriculture, and cooking are separately and together expressions of a spiritual renewal the likes of which no one imagined, or planned.

It is the organic outgrowth of the reunification of the people of Israel and their faith in their land. Few have noticed any of this or considered its spiritual and cultural significance, let alone recognized its potential.

The reformation of Jewish life is not Israel’s only huge achievement that has been largely overlooked and underappreciated by the people of Israel. They have also largely missed the transformation of Israel’s global position. The ongoing domestic debate regarding the goal of Israel’s policies in relation to Iran’s nuclear program is a testament to this lack of national self-awareness.

Since Iran’s military nuclear program was revealed to the world by an Iranian opposition group in late 2002, a debate has raged in Israel about who is responsible for preventing Iran from getting the bomb. In 2002, the immediate response of then-Prime Minister Ariel Sharon and his then deputy Ehud Olmert was that that dealing with Iran’s nuclear program was America’s responsibility.

True, they acknowledged, Israel is the first on Iran’s target list. And true, Iran’s leaders have all committed to annihilating Israel. But since Iran’s nuclear program threatens the region – and indeed the world as a whole, responsibility for dealing with this existential threat belongs to superpower America, not to tiny Israel.

This view became the near-consensus over the years in the IDF General Staff. Israeli generals’ counterparts in the Pentagon promised them that Israel could count on the US. Today this view is promoted most powerfully by former IDF chief of general staff and current Defense Minister Benny Gantz. Gantz gave summed up this position succinctly on Monday in remarks he made at a joint press appearance with visiting US Defense Secretary Lloyd Austin.

In Gantz’s words, “The Tehran of today poses a strategic threat to international security, to the entire Middle East and to the State of Israel, and we will work closely with our American allies to ensure that any new agreement with Iran will secure the vital interests of the world, of the US, prevent a dangerous arms race in our region and protect the State of Israel.”

Notably, like Olmert and Sharon before him, Gantz put Israel last on his list of concerns despite the fact that Iran’s ayatollahs have made it abundantly clear that Israel is their primary target. Moreover, Gantz’s statement made clear that he rules out the option of Israel acting independently as a regional power to secure its very existence.

Both philosophically and practically, Gantz’s approach disavows strategic independence, and through it, actual independence for Israel. In other words, his approach is a pure distillation of anti-Zionism.

Since 2002, the most prominent and powerful advocate for a different approach to Iran’s nuclear program has been Prime Minister Benjamin Netanyahu. Netanyahu’s view is that Israel is solely responsible for its security. Consequently, Israel is responsible for ensuring that the genocidally antisemitic Iranian regime never acquires military nuclear capability. This view has been subjected to brutal and continuous assault by the other side, which has castigated Netanyahu’s approach as incendiary and warmongering.

Netanyahu repeated his position in his press appearance with Austin on Monday. “My policy as prime minister of Israel is clear – I will never allow Iran to obtain the nuclear capability to carry out its genocidal goal of eliminating Israel.”

Those wishing to pass the Iran buck to America often claim that Israel has no strategy for dealing with Iran. But the operation at the Natanz nuclear installation last weekend, and others which have occurred over the past several years and have been attributed the Mossad by foreign sources all make clear that Israel has a very clear strategy for preventing Iran from becoming a nuclear power.

Facing Iran’s nuclear advances, Israel is implementing a strategy of undermining Iran’s progress. To carry it out successfully, Israel has developed impressive independent strategic capabilities. These have allowed Israel to carry out creative and daring discrete attacks on carefully chosen targets that have cumulatively blocked Iran’s nuclear advances.

Israel’s strategy of delaying and subverting Iran’s nuclear advances is geared towards achieving the goal that like the Obama administration before it, the Biden administration claims to aspire to achieve. Both leaders’ nuclear diplomacy has been represented as a means to delay Iran’s nuclear progress as well.

The difference is that the Obama-Biden approach to Iran is based on appeasement and trust. The Obama-Biden team are willing to take the ayatollahs at their word when they say they will scale back their nuclear activities. In exchange for Iran’s “word of honor” they are happy to legitimize Iran’s nuclear program, regional aggression, ballistic missile program and terror sponsorship worldwide. Moreover, they are willing to pay Iran billions of dollars in the form of sanctions relief and permit Iran to reenter the global economy in exchange for that “word of honor.”

Israel’s strategy, in contrast, delegitimizes Iran’s nuclear program, its regional aggression, sponsorship of terror and ballistic missile program while actually blocking Iran’s path to the nuclear finish line. Israel also trusts the Iranian “word of honor.” Israel believes that the likes of Ayatollah Ali Khamenei and his underlings are serious when they commit to destroying the Jewish state.

It’s possible that there is a better strategic approach to Iran’s nuclear program than the one that Israel has adopted. But so long as the powerful clique of security brass and leftist politicians continues to reject the Zionist approach of developing strategic independence that Netanyahu advocates, the “delay and block” strategy now being advanced is the best that Israel can do.

Amazingly, even this modest strategy has reaped massive payoffs which in turn have increased Israel’s strategic independence. Israel’s willingness to operate independently, even to a limited degree has sufficed to convince its neighbors, including Saudi Arabia that they can trust Israel more than they can trust the US to protect the region from a hegemonic, nuclear-armed Iran.

The Abraham Accords that were signed last year are an expression of the faith that Israel’s neighbors have in the Jewish state. In other words, the operations attributed to Israel in Iran – like the one at Natanz last weekend – have sufficed to transform Israel into a regional power and foster peace between Israel and its Arab neighbors to the east. Yet in the face of this massive achievement, Gantz and his fellow former generals and leftist politicians continue to say that what has already happened before our eyes will never and can never happen.

As Israel turns 73, the time has come for the people of Israel to realize that Theodor Herzl was right. We willed it. Our freedom and independence in our reconstituted homeland wasn’t a dream. The challenge Israel faces today is for us to recognize our accomplishments and dare to take our place as the center of the Jewish world on the one hand, and as an independent, sovereign state in the full sense of the word on the other. Then we do both, the faster and more effectively we will ensure our future in our land for generations to come. 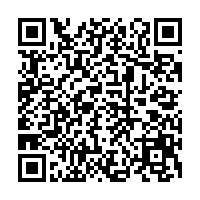