As soon as the headlines hit about the breakthrough in Sudan-Israel relations, pundits were already suggesting that the next news in the thawing of Arab nations toward Israel will involve Saudi Arabia. Whether or not this turns out to happen, one thing that is a certainty is that many former U.S. State Department and other American foreign policy alums will continue to push for Israel to make concessions that the vast majority of Israelis will never entertain under any circumstances.

While there is a sense of inevitability for Israelis that further normalization announcements are forthcoming, there are not any Israelis to be found who are speaking optimistically about any sort of peace with Syria while it remains under Assad’s totalitarian rule. But that didn’t stop one former US National Security Council (NSC) staffer from bellowing forth his ideas about this. Ideas that are dangerous and unwelcome in Israel.


In the immediate aftermath of the announcement that Sudan was recognizing Israel and agreeing to relations, Benjamin Netanyahu told the media that “the clear fact of the matter is that for 25 years we didn’t have a [normalization] agreement and under Trump’s leadership we have three deals in six weeks.”

David M. Halbfinger and Ronen Bergman unsurprisingly explained in The New York Times on October 24 that this Sudan news “does not represent the same kind of landmark strategic achievement as the peace treaties decades ago with Egypt and Jordan, once-bitter Arab enemies on its borders.”

The Sudan development is undeniably more closely akin to the evolution of relations with the United Arab Emirates and Bahrain than to the treaties with Egypt and Jordan, although Sudan was actively hostile to Israel and took part in the 1948 War of Independence.

Egypt and Jordan were at various times “confrontation states,” that is, the nations that sent troops to battle Israel on the frontlines in war after bloody war. As did Syria and, it’s worth noting, Iraq.

What is often not understood, though, is that Syria is still officially at war with Israel. While there have been armistices, Damascus in a state of war with the Jewish State.

The September 22 issue of The Washington Times featured an op-ed by Abraham Wagner with the title “Next Steps in the Middle East” that urged the Trump Administration to seek a treaty between Israel and Syria. Wagner claimed that “Israel and Syria were close to a real peace agreement before the outbreak of the Syrian civil war” in 2011.

What must be stated is, that in reality, that hardly seems plausible. After all, less than four years before the civil war began, Syria was in the process of developing nuclear weapons, which Israel understandably perceived as a threat to its existence, and proceeded to destroy with air strikes in the autumn of 2007. If the Syrians were making weapons to annihilate Israel in 2007, what is the likelihood that the Syrian dictatorship suddenly had a change of heart and was ready to make peace with Israel in 2011?

Even more striking, however, are the implications of Wagner’s 2011 scenario. In accordance with Syria’s long-standing demand, any Israel-Syria agreement would require the Israeli surrender of the strategically crucially Golan Heights—the plateau from which Syrian terrorized Israeli border towns in the Galilee from 1949 to 1967 by firing artillery barrages. Thus, Israel would have handed over vital territory in exchange for a Syrian promise of peace. Then, a short time later, the government with which Israel signed the agreement was plunged into a massive civil war, the outcome of which has still not been resolved.

The bottom line here is that Israel would be left holding a worthless piece of paper, while the Golan Heights would be in the hands of whichever extremist faction emerges victorious from the current civil strife. The Islamic State? Some Iranian surrogate or Russian puppet? Or the Assad regime, which continues to use chemical weapons on civilians despite its promises to give them up? That hardly seems like a recipe for a meaningful or durable peace agreement. Everyday Israelis are savvy enough to know this even if degreed “experts” such as Wagner and others are not.

The United States officially recognized the Golan as sovereign Israeli land in 2019. This was 38 years after Israeli legislators passed a law extending Israeli law to the Golan and 52 years after Israeli troops took control of the region in a defensive war. The Golan is a fully integrated part of Israel in every way. There are no calls within Israel for changing the status of the Golan.

“Overall, support among Jewish Israelis for keeping the Golan Heights has been consistently high for decades,” reported the non-partisan Israel Democracy Institute in 2019. This will not change no matter what the future brings with Saudi Arabia or any other member of the Arab League. And that is a good thing.

Israel needs the Golan, and American experts like Wagner don’t know better than Israelis who live this reality. 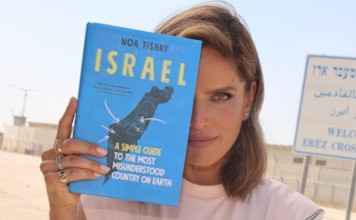