Without fanfare, the Ra’am party recently submitted one of the shortest bills in Israel’s legislative history. Amending only three words—”14 Sivan 5777 (May 31, 2007)” to “30 Kislev 5785 (Dec. 31, 2024)”—the Islamist party aims to legalize electricity hookups for tens of thousands of illegal homes built in the Arab sector over the course of decades.

Israel’s Electricity Sector Law enabled thousands of illegal Arab-sector structures, some of them decades old at the time, to be hooked up to the main grid. The law, passed in 1996 as provisional legislation limited to two years, stipulated that only structures not slated for demolition could be connected. But as everyone knows, there’s nothing more permanent than a temporary fix, and if you give an inch they’ll take a mile.


In short order, Arab MKs made uncommonly good use of this common wisdom: They submitted a bill to “amend” the temporary law, which was extended several times through political deals cut in shadowy Knesset corridors, until it finally expired on May 31, 2007.

The law applied only to “structures which the government has no intention to demolish,” but since then, every year many thousands more are added to the already-staggering tally of illegal construction in Arab communities in the north and the Bedouin hinterland of the Negev. The burden on law enforcement agencies results in skewed enforcement priorities and a dismal situation on the ground: Demolition orders against “old construction” are no longer applied for or enforced, and as time goes on, more and more illegal structures slide, unobstructed, into this category.

Illegal construction is a national epidemic, and its primary victims are the residents of these communities, who continue to suffer from a lack of adequate infrastructure. It is impossible to pave a road or build a park if an illegal house is built on land slated for public use; high-speed Internet lines, fiber-optic cables, sewage, water and gas lines can’t be improved if public utility corridors are filled with illegal structures that the state has chosen to ignore and eventually “legalize.”

Despite the often-heard complaint that national planning authorities have failed to advance development plans for Arab communities, the responsibility actually lies with local authorities. Moreover, dozens of detailed plans for housing construction in the non-Jewish sector, drafted and approved by the state, have hit a brick wall—literally—because dozens of structures were built illegally during the approval process on land slated for development, burying any hope of alleviating the housing crisis under illegal single-unit structures built without regard for the environment or the current and future needs of the community.

The prohibition against connecting illegal structures to electricity is one of the state’s most significant tools in the fight against illegal construction; it helps ensure that crime doesn’t pay. Yet, since the expiration of the “temporary” legislation, the Arab parties have tried no less than 10 times to revive it; each time, MKs of the Zionist parties blocked it.

But now, because the coalition depends on the votes of Ra’am Party leader Mansour Abbas and his colleagues in the Arab bloc, Ra’am is demanding that the law not only be re-enacted, but applied retroactively from its expiration 15 years ago. A deal has begun to take shape; according to the details that have leaked out—despite attempts to keep them hidden away in the shadowy Knesset corridors—the coalition will pass the Electricity Law in the next Knesset session, in exchange for the Joint Arab List’s abstention or outright support for the state budget.

If the coalition allows this law to pass, the ramifications will be both immediate and far-reaching: Not only will it reward construction offenses in the Arab sector, it will, in effect, create two separate legal systems for planning and construction in the State of Israel. While in the Jewish sector, the National Planning and Construction Law is alive, well and strictly enforced, tens of thousands of illegal homes in the Arab sector against which the law has not been enforced due to bureaucracy and incompetence will be connected to infrastructure, granting them a legal seal of approval.

It is said that there is no death penalty in the State of Israel, but it seems that Israel’s Planning and Construction Law is already strapped to the electric chair, and the coalition’s trigger finger is hovering “10 degrees to the right” of the power switch.

(Meir Deutsch is the director general of Regavim, an Israeli nonprofit organization dedicated to the preservation of Israel’s land resources) 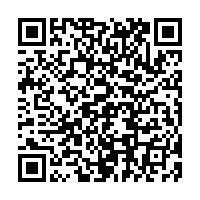