Every few years Israel is convulsed in “kidnapped Yemenite children” hysteria, and this summer is just the latest round. The ruckus concerns allegations that Yemenite children in the 1950s were kidnapped from their parents by racist Ashkenazim, five years after the Holocaust, “sold” in a giant conspiracy and put up for illegal adoption.

This year, as usual, demagogue politicians are joining the calls for yet another state commission of inquiry into the matter, trying to make political hay. There have been several commissions already. Journalists from the Far Left, the Far Right, and the Far-out Center are trying to build careers out of it all.


Large numbers of the Israeli public, not limited to Yemenites, believe the conspiracy tales. Not as many as Americans who believe in UFOs or a JFK conspiracy, but nevertheless alarming.

There is just one little problem with the “theory.” It is nonsense.

Before arriving in Israel, infant/child mortality in Yemen was probably the worst in the world. Well over 60% of infants died. Much like in the days of the Talmud. In halakha an infant death or NAFAL is not death at all and there is no shiva.

The deaths did not suddenly halt when the Yemenite Jews got off the planes in Israel. Israel at the time was a Third World mess. Much of the population was in MAABARA transit camps. The roads were mud. Almost no Israelis had phones and many had no bathroom or kitchen.

Hospital record keeping was poor and hospital care not much better. The country’s attention was elsewhere, in things like finding food. People who did not know Hebrew could not communicate with one another. And the mess was not just in the hospitals. Large numbers of soldiers had died in the War of Independence, without their identities ever being recorded and known. The Israel Central Bureau of Statistics was not founded until 1949 and in the 1980s was still located in asbestos shacks without computers

Under these circumstances, infants died, corpses were misplaced, parents were not kept fully informed, parents imagined being persecuted. To put things into proportion, in 21st century USA with all the computers, corpses disappear from hospitals all the time.

Since the 1950s, EVERY STATE COMMISSION – there have been at least three – HAS RULED THERE is no hard evidence of any KIDNAPPINGS.

NONE WILL EVER SETTLE THE MATTER FOR THE CONSPIRACY NUTS BECAUSE THEY WILL ALWAYS DEMAND YET ANOTHER INVESTIGATION.

THE PEOPLE DEMANDING NEW INVESTIGATIONS NOW ARE EXACTLY LIKE THE 911-TROOFERS AND THE PEOPLE SEEKING EVIDENCE OF A JEWISH CABAL TO CONTROL THE WORLD.

The fact that “a lot of people” think something is true does not make it true. 65 years of “searching” have already gone by. Multiple state commissions of inquiry. Highest of high tech available. And not a single proven case of a “kidnapped” Yemenite child ever found – OR EVEN OF AN ILLICIT ADOPTION. Where are all the Yemenite-looking Ashkenazim in Scarsdale and how come none ever asked about being adopted? None. Conclusion?

Supposedly “hundreds” of “kidnapped” Yemenite children were “sold.” Yet 65 years later and not a single one of the sold ever went searching for his or her biological family.

Now just suppose that the main advocate of a theory, any theory, were a certifiably deranged stockpiler of assault weapons planning mass murder and attacks on the Israeli police. What would be your conclusion about his theory?

Well, meet the leading advocate of the “theory” of the kidnapped Yemenite children: the late Uzi Meshulam. A certified lunatic and terrorist. He led the drive to (re-) investigate once again the “disappearances.”

His fans – conspiracy nuts still beating the dead old horse about “kidnapped” Yemenite children – are not nutty enough for you?

Well let us introduce you to Ami Meshulam, son of Uzi Meshulam. He is all over the media in Israel this week as the “conspiracy” fiction gets retold ad nauseum. Meshulam the Younger goes way beyond what his whack job pappy said. According to Ami, “thousands” of Yemenite children were rounded up in Israel in the 1950s by an Ashkenazi Gestapo and sold en masse to the USA WHERE THEY WERE SUBJECTED TO MENGELE-LIKE EXPERIMENTATION. Really. Which I am sure will be interesting for anyone who grew up in American during the Eisenhower era.

Ultra-leftist Haaretz, which generally likes the conspiracists, runs a TV review this week saying Ami Meshulam’s theory might as well be that UFOs kidnapped the Yemenite kids. Conspiracy nut UFOLOGIST Barry Chamish – who publishes his “scoops” on Holocaust Denial web sites – has long been a devoted Meshulamite and has ties to Ami.

In a country where politician peccadillos become known instantly, where the “stinky deal” with Shimon Peres was exposed immediately, where the “esek bish” affair was leaked right away, where military secrets might as well appear on Facebook, explain to me how the thousands of people who would have to have been involved in the “kidnappings” of hundreds of children all kept silent 65 years and not a single one ever spoke out??!! 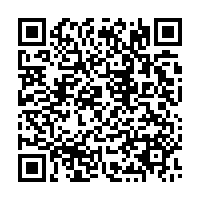