When the present Israeli government came into power, one of the tangible changes of policy in comparison with that which was followed by the previous Netanyahu government was in the area of energy policy. Prime Minister Netanyahu and his Energy Minster, Yuval Steinitz, stressed the vital importance for Israel of extracting natural gas from the new finds in the Eastern Mediterranean as a top priority.

In contrast, Energy Minister Karine Elharrar declared in December 2021 that Israel would no longer award licenses for exploring for natural gas within Israel’s economic zone for the upcoming year. Instead, she stressed that 2022 would be “the year of Renewable Energies” and that “natural gas can wait.” In the year ahead, her Energy Ministry would set aside the policy recommendations of the previous government’s report on natural gas policy for Israel, which included a specific recommendation for further gas exploration.

Israel now appears to be in the midst of another major policy shift in its gas export policy for 2022. True, Elharrar recently stressed in an interview that “the energy future of the world is green, not gas.” But the war in Europe over Ukraine in 2022 altered gas markets yet again. The land battles in Ukraine have forced the Europeans to come up with a new strategy to keep the same quantities of gas flowing, albeit from new sources, given the fact that nearly 40 percent of Europe’s gas supply came from Russia, which was seeking to retaliate against European governments that supported Ukraine in the newest European war.

In July 2022, 26 out of 27 EU member states agreed to limit natural gas consumption. They also sought to diversify their gas supplies and that meant, above all, cutting back Russian imports, which they decided would be reduced by two-thirds by the end of 2022.

By June 2022, senior European officials began visiting the states of the Eastern Mediterranean with greater frequency in order to formalize their access to the best alternative they had to Russian gas. For example, the EU signed an MOU with both Israel and Egypt that would increase natural gas exports to Europe. The European Commission President, Ursula von der Leyen, was in Cairo on June 17 to announce a new gas forum for export of natural gas to Europe.

The European states have been taking a number of steps to deal with the impending gas crisis. First, Europe is preparing to increase its usage of liquefied natural gas (LNG). Second, there is a growing interest in reinforcing the global pipeline infrastructure for transporting gas. Thus, Algeria, Niger, and Nigeria signed an MOU to build a 2,500-mile Trans-Saharan pipeline.

Massive gas discoveries were made in Mozambique and in Tanzania in 2010.

There is also the East Med pipeline project which is planned to cut through the waters of Israel, Cyprus, and Greece and reach a length of 1,200 miles. Unfortunately, the Biden administration withdrew its support for the East Med pipeline in January 2022, even though it did not entail U.S. federal funding. The pipeline was supposed to be completed in 2025.

All of this is happening just as Europe’s need for new energy sources is soaring. Israel, Cyprus and Greece could really help Europe as could the states of North Africa and East Africa if the required infrastructure for extracting and transferring gas was in place.

There are national security implications as well from these changes. When Iran backs Hizbullah threating Israeli gas sources, it is undermining the well-being of Europe and not just Israel. This requires a unified Western strategy for energy and not blindly following a new idea for green energy that remains unproven. 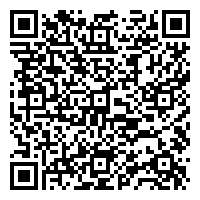