Read the first five books of the Bible and the Book of Joshua. In them, God clearly specified what was expected of Israel: obedience, righteousness and faith being the gist of it. God blessed Israel when it obeyed, and when Israel faltered, God unleashed abundant wrath.

The challenges facing the Israelites moving from Egypt into Canaan where they faced a plethora of established city-states were daunting. Nevertheless, God prepared the way. God demanded that the armies of Israel “put to the sword” every man, woman and child in those states. Peoples who might pose a future threat, whether moved by revenge or whose ways might possibly entice God’s people into cultural accommodations, were to be obliterated. Moses warned before his death that if Israel faltered in its faithfulness, God’s wrath would be unleashed on them. And it was, culminating in two exiles, the last one running from 70 A.D. to 1948.

Jews and many Christians understand the unchanging and eternal nature of God. If one looks at the history of Israel since 1948, its survival testifies to divine influence. Israel’s accomplishments as a modern nation have been remarkable. In a region drenched by draconian theocratic despotism, Israel remains a viable democracy. Its people, even before the establishment of the Jewish state in 1948 and certainly since, have led the world in science, the arts, and ethical philosophy.

Furthermore, Israeli military prowess since 1948 is renowned. In its short history, the Israeli state has overcome staggering military challenges, most notably in 1948, 1967, and 1973. It does this by careful planning, inspired leadership, tactical and operational excellence and fearless risk taking. For instance, in June 1967, at the start of the Six-Day War, the Israeli Air Force sent nearly every combat aircraft in a preemptive attack on Egypt, leaving but seven fighter planes at home to meet any counter-attack.

Today, Israel faces its greatest threat. Iranian President Mahmoud Ahmadinejad has vowed to destroy Israel and, coincidentally, the United States. Some in the West maintain his threats are merely the ravings of a madman. Israelis have six million reasons not to risk the ravings of madmen.

The Israeli Air Force ranks among the best in the world. It is capable of conducting a boldly conceived, well-planned strike to degrade Iran’s nuclear war making capabilities. Risks abound. Almost certainly, the IAF will suffer losses. Iran will certainly unleash Hizbullah from its lairs in Lebanon. Hamas will join in an attack from Gaza. Rockets will rain down on Haifa, Ashkelon, and Rechovot, perhaps on Tel Aviv and Jerusalem. In the end, such a raid will only postpone the Iranian nuclear threat, but that may be enough if the political situation in Tehran – or Washington – changes significantly in the immediate future.

Nevertheless, time draws nigh. In biblical terms, God has “confounded” Israel’s enemies. Both Egypt and Syria are descending into socio-political chaos. The Egyptian armed forces, largely equipped by the United States, would normally pose a significant threat from the south while Syria, armed by the Russians and supported by Iran, would threaten from east of the Golan. While a military response from Egypt and Syria cannot be dismissed, those threats, due to internal unrest, are for now “confounded.”

While the Arab street will erupt in major cities across the Middle East in reaction to an Israeli strike on Iran, leaders in capitals from Riyadh to Dubai and Abu Dhabi will welcome the removal of the Iranian threat. There will be the usual condemnations, but no interference or intervention.

What about the United States? The right thing would be to join Israel in a bold, comprehensive strike with a far greater likelihood of destroying the Iranian nuclear program and so degrading its military capabilities as to obviate any coherent retaliatory response directed at Israel or anyone else.

Unfortunately, given the tenor of American political leadership, such boldness is unlikely. Washington will condemn Israel and threaten to cut U.S. aid. In this election year, the administration will weigh the costs of alienating the far left against alienating Jewish supporters and even growing support for the Palestinians from some segments of the evangelical Christian segment.

The Canaanite world of 3,200 years ago was a dangerous place. For the children of Israel, all that stood between them and annihilation as they crossed the Jordan River was the power of their faith in God. For Christians and Jews alike, for those who believe, that power is no less potent today than it was then.

Dr. Earl Tilford is a military historian and fellow for the Middle East and terrorism with The Center for Vision & Values at Grove City College. A retired Air Force intelligence officer, Dr. Tilford earned his Ph.D. in American and European military history at George Washington University. From 1993 to 2001 he served as director of research at the U.S. Army’s Strategic Studies Institute. In 2001 he left government service for a professorship at Grove City College, where he taught courses in military history, national security, and international and domestic terrorism and counter-terrorism. 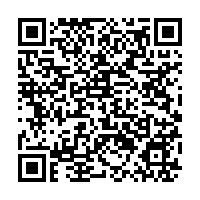