When The Atlantic’s Jeffrey Goldberg interviews President Obama, he zigzags between journalism and sycophancy. It is indeed an honor to be the media confidant of an American president. Unless one is extremely careful, however, it can compromise one’s journalistic integrity, particularly with regard to one’s disinclination to sharply question dubious presidential statements.

Recently Goldberg once again allowed some of Obama’s shaky statements to dominate the facts. This trend was already apparent in Goldberg’s Atlantic interview with the president last year.


“The Palestinians are not an easy partner” Obama said in that interview. In light of such an extreme understatement, Goldberg should at least have challenged the president and demanded that he explain himself.

He should have asked, “Why do you believe Israel can reach an agreement with people ideologically committed to annihilating Israel and all Jews?”

The same occurred last month in Goldberg’s lengthy interview-cum-article on Obama. Excepting some indirectly related remarks, the Palestinians are mentioned directly only twice in the article, which runs to almost 70 pages.

They first appear in Goldberg’s description of the 2008 Cairo speech when Obama “expressed great sympathy for the Palestinians” and “complicated his relations with Benjamin Netanyahu, the Israeli prime minister – especially because Obama had also decided to bypass Jerusalem on his first presidential visit to the Middle East.”

The second mention is a reference to Obama’s declaration in the Cairo speech about what he wanted to accomplish: “We want to work to help achieve statehood and dignity for the Palestinians.”

This remark should have raised a number of tough questions from Goldberg, which might be grouped together as follows: “Mr. President, if there were a Nobel prize for innovative terror and hate-mongering, the Palestinians would be prime candidates. Their criminal track record is impressive – including hijacking and blowing up airplanes; murdering athletes at the Olympics; placing explosives in crowded stores and on city buses; and randomly shooting and stabbing pedestrians and motorists.”

Goldberg could have added: “Mr. President, before and especially since the 1993 Oslo agreements, the Palestinians have indoctrinated a new generation with hate. Their leaders, both Hamas and Fatah, promote a culture that glorifies martyrdom. Palestinian media and children’s textbooks are filled with extreme anti-Semitism. Psychologists say it can take decades to turn such a rage-permeated society around. Please explain how all this will turn into “dignity,” to use your own word, when the Palestinians have a state.”

At the recent AIPAC conference Hillary Clinton also used the term “dignity” when referring to the Palestinians, as in: “Palestinians should be able to govern themselves in their own state, in peace and dignity.”

As Clinton still has to campaign in a number of states, perhaps journalists and others will ask her to explain how statehood will give dignity to Palestinian leaders – and to any future state they may head – who pride themselves on glorifying murderers and other criminals. 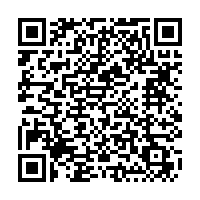