The constitutional issue in the case is whether Congress had the authority to enact a law in 2002 that directs the Secretary of State to permit U.S. citizens born in Jerusalem to record their place of birth in their passports as “Israel.”


Because the State Department has consistently refused to recognize any part of Jerusalem as being in Israel, the government has refused to implement the 2002 law, claiming it violates the President’s constitutional authority to “recognize foreign sovereigns.”

This is the Introduction to the Zivotofsky brief written by Nathan Lewin, followed by a Summary of Argument.

In our complex modern world, when the national interest often requires instantaneous response to dangers from abroad, Congress routinely assigns the lead in foreign relations to the president. Statutes give him great flexibility in dealing with international relations so that American interests in the world arena can be quickly and effectively implemented.

This is the unusual case in which, on a subject that calls for no emergency treatment, Congress decided that an Executive Branch policy implemented by Department of State bureaucrats for several decades was unjust and discriminatory.

The Department of State policy prohibiting such an entry in the passports of Jerusalem-born American citizens is singularly arbitrary and discriminatory. The Foreign Affairs Manual repeatedly takes account of the “strenuous objection” expressed by Palestinian Americans born within the borders of Israel to having “Israel” recorded on their passports.

To accommodate these “objections,” State Department policy permits substitution of a city of birth so that “Israel” may be eradicated.

The State Department policy also authorizes entries such as “West Bank” or “Gaza Strip,” which are not recognized foreign nations. It bars only supporters of Israel – overwhelmingly Jews who have a religious attachment to the land – from identifying their birthplace in a manner that conforms with their convictions.

The government has chosen to litigate this case by ignoring the narrow and limited impact of the statute Congress enacted. Courts below and this Court have been intimidatingly told that the judiciary is being asked in this case to determine the “status of Jerusalem” – “one of the most sensitive and long-standing disputes in the Arab-Israeli conflict.” But the government will surely acknowledge that Jerusalem’s “status” for American foreign-policy purposes is not affected by whether Jerusalem-born citizens are allowed to record “Israel” as their place of birth. The “status” of Taiwan, which the United States officially determined in 1979 to be part of the People’s Republic of China, was not affected in 1994 when Congress, with a law paralleling Section 214(d), directed that American citizens born in Taiwan should be permitted to record “Taiwan” as their place of birth.

The government does not claim that the practical implementation of Section 214(d) will have any perceptible impact on American foreign policy. There are now approximately 100,000 U.S. passports that record their holders as having been born in Israel because they were born in cities like Tel Aviv and Haifa. If the 50,000 additional American citizens whose passports now read “Jerusalem” travel internationally with passports that say they are born in “Israel,” America’s foreign policy will not be impaired.

The government’s only claim is that the publicity that accompanies the change in practice will be misperceived by Palestinians and the Arab world as an official change in America’s position on the status of Jerusalem. The government cites public statements made when Congress enacted Section 214(d) as proof of this purported adverse foreign policy impact. This fear of unjustified and erroneous foreign misperception – apparently transitory when Congress enacted Section 214(d) – cannot be sufficient to nullify the considered judgment of Congress.

The government acknowledged in discovery that the designation of “place of birth” in a passport has no intrinsic foreign-policy significance. A citizen’s place of birth is recorded in his or her passport only to facilitate identification. It is, like the passport-holder’s name, date of birth, and photograph, a means of identifying the individual. Although the passport is issued under the direction of the Secretary of State, there are portions of the document – such as the individual identifying entries – that have absolutely no foreign-policy significance.

1. Senior Circuit Judge Edwards correctly dismissed as “specious” the contention that this case presents a “political question” that is nonjusticiable and that requires dismissal of the complaint. The “political question doctrine” is a prudential rule that removes the judiciary (a) from controversies that are “beyond judicial competence” because they turn on “policy choices and value determinations” that judges are not empowered to make and (b) from matters (such as impeachment) that are exclusively committed for decision to other branches of government. The central issue in this case is a constitutional separation-of-powers question that is well within the competence and expertise of federal courts: Does Congress have the constitutional authority to enact a law that entitles Jerusalem-born citizens to record “Israel” as their place of birth on passports and CRBAs? 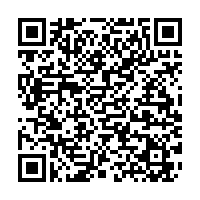