It’s a basic principle. When rejecting the proposed solution to a clear problem, give an alternative.

On May 3, Agudath Israel of America issued a statement critical of the soon-to-debut Magen Tzedek certification under Conservative auspices. Magen Tzedek’s seal certifies adherence to high standards regarding labor, treatment of animals, safety, environmental concerns and corporate integrity in the products that bear its seal. The statement’s basic point is valid; its failure to concede the problem and to offer an alternative solution is not.

However, it should be – and likely has been – noted that Rav Yosef Breuer, zt”l, already addressed some of these concerns from a different angle than the Agudah in his statement about glatt kashrut and glatt yashrut (uncompromising straightness).

The Torah, says Rav Breuer, “insists further on a conduct of uncompromising straightness (‘Yoshor’) which is inspired not only by the letter of the law but is guided by the ethical principle of honesty which then, would deserve the honorable title of ‘Yeshurun.'” (For the full article see www.aishdas.org/asp/2006/03/rav-breuer-glatt-kosher-glatt-yoshor_21.shtml.)

For Rav Breuer, “‘Kosher’ is intimately related to ‘Yoshor.'” This differs from the Agudah’s approach in its statement – namely, that the concerns of the Magen Tzedek certification “have nothing to do with kashrut.”

Yet while they are “intimately related,” Rav Breuer does not equate kashrut with yashrut, as certain statements by Magen Tzedek come very close to doing. And the concerns of the Agudah explain why. Such an equation performs a disservice to the strict halachic nature of kashrut.

The Agudah can reject Rav Breuer’s assertion of the intimate relationship between kashrut and yashrut. But since it recognizes that lack of yashrut in our community is a problem, it should be offering an alternative.

And the Agudah does recognize the need to address our own failings in the area of yashrut. Of note, in 2009 the organization invited the renowned criminal defense attorney Benjamin Brafman to address it on topics of yashrut in business dealings.

That said, the Agudah fails even to mention this urgent need in its statement. If it is taking bold steps to correct the problem, it needs to tell us what they are.

Done properly, certification of proper yashrut standards on food makes sense. Absolute equation of yashrut with kashrut does not. The Agudah expresses concern with the Conservative movement’s version of such certification but says nothing about Orthodox alternatives like the Tav HaYosher (run by the group Uri L’Tzedek in America) and the Tav Chevrati (run by the group Bema’aglei Tzedek in Israel). Such organizations are imperfect, but at least they are addressing the problem.

The Agudah need not support such organizations, but it should offer an alternative to them – whether with its own yashrut seal, with high profile yashrut campaigns, with new educational curricula, or with whatever its leaders deem necessary. Do it your way, but something bold needs to be done. It is simply insufficient to say that these concerns “are well covered by governmental regulations and other areas of halacha.”

True, yashrut is subsumed under halacha; the question is whether we are putting it forcefully at the forefront of the educational and public agenda. And can we afford to leave it up to the government to enforce its regulations on us – with handcuffs and on the nightly news? We need to figure out a way on our own – if not to enforce yashrut, then at least to promote it more forcefully. 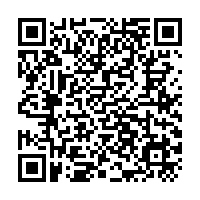