It is no surprise that Elor Azaryah, the IDF soldier accused of shooting and killing a wounded terrorist, was convicted today. Any other outcome would have been a stinging slap in the face of a much too broad elite and their erroneous assumptions.

Elor was the only uniformed man in the area who acted in a moral manner. The bullet that he shot and the publicity generated by the radical Left B’tzelem’s film of the terror attack and its aftermath – recalibrated the moral coordinates in the arena.


The concept of murdering Jews just because they are Jews is not justiciable! Putting Elor on trial is not moral! The standard bearers of destruction of the Jews and those who act upon those evil principles do not deserve a trial. They lose their right to exist, and anybody who eliminates them and ensures that they are dead is performing the most just and lofty moral act.

The bullet that Elor shot restored the dimension of justice to the arena. The question mark that the knifing terror had etched over the right of the Jews to live, was erased by the clear exclamation point drawn by Elor.

Elor’s moral act was the antidote to the poisonous de-legitimization of Jewish existence – the poison against which Israel’s entire security apparatus stood helpless. His moral act stopped the knifing terror (a fact that can be clearly proven). Elor’s conviction will likely reignite the stabbings.

Click here for an article that I wrote about Elor on May 25, 2016. Today, it is even more relevant than when it was written. It is important to reacquaint ourselves with the background and significance of the Elor Azariah episode. Click here 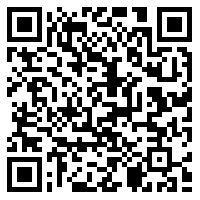