While scanning Internet news sites in the wake of the Baltimore riots, I was shocked at seeing a photograph snapped at an anti-police rally there.

The picture was of a well-dressed, middle-aged man wearing a kippah, with a tallit draped over his shoulders. Beside him stood a black youth sporting a baseball cap turned backward on his head and a t-shirt emblazoned with the logo “Baltimore Bleeds.”


Underneath the photo a caption explained that the two were participating in a rally rejoicing over six Baltimore police officers being criminally charged in the death of a black suspect. While in custody he had been injured in circumstances that are still under investigation and had subsequently died. A week of rioting and looting ensued.

As I studied the photograph, I wondered why the middle-aged man had put on a tallit. Had he planned to daven? I didn’t think so. Maybe he was a liberal Jew using the tallit as a prop in a naïve effort to foster a sense of solidarity with the “maltreated minorities” of west Baltimore. Did he know that the Reverend Al Sharpton was in Baltimore at that very moment to (try not to laugh) “improve community-police relations?”

The night before I saw that photo, I had watched on TV as a reporter interviewed an activist amid a demonstration in a Baltimore neighborhood.

“Do you think rioting is the right way to protest your grievances?” the reporter asked.

“Yes,” was the reply. “This is an uprising. We’re rising up against discrimination, just like the Palestinians do to the Israelis!”

Continuing to browse the Internet, I saw that other black protesters were likening the Baltimore unrest to the Palestinian penchant for terrorism and rioting. I listened to an interview with Malik Shabazz, the former national chairman of the New Black Panther Party. Lately he has reinvented himself as the president of “Black Lawyers for Justice.” He too was in Baltimore organizing rallies and “monitoring” the protests. He also compared the strife in Baltimore to that in Israel. And then he proclaimed that Jews don’t belong in the Middle East; “they stole the land, they occupy Jerusalem –they should go back to Russia!”

Similar hatred for Israel was voiced by some rioters earlier this year in the long spree of unrest in Ferguson, Missouri, where occasionally an ISIS flag was displayed alongside Palestinian flags and many protestors wore keffiyehs. Simmering anti-Semitism also flared up during the Occupy Wall Street demonstrations several years ago. In the New York City protests there were even chants of “Death to the Jews.”

The photograph of the tallit-wearing man most upset me because here in America the police have always been great protectors and friends of our people. In Europe, where the Gestapo, Vichy French Gendarmerie, and other Nazi-collaborating local militia prowled the streets, the police were to be feared. But not in America. Here they have always protected us. Since 9/11, at times of heightened terror alerts they stand guard at our community centers, day schools, and synagogues – and when forced to take action, they do.

A prime example of how police protect us occurred last December when an officer shot dead a knife-wielding assailant who’d entered a Brooklyn synagogue screaming “kill the Jews” and stabbed a young man.

My family’s own experience bears this out. My grandfather, Sam Weisman of blessed memory, lived in an apartment in the German-Jewish refugee community of Washington Heights, Manhattan. One winter in the early 1960s my grandfather and several other neighbors were mugged in the vestibule of their apartment building while getting their mail. My grandfather, who 20 years earlier often had to hide from Vichy police who were trying to arrest Jews in occupied France, didn’t know what to do.

“Talk to the police,” my father suggested.

The prospect of going to the police worried my grandfather. My father tried to reassure him. Finally, my grandfather arranged a meeting of the tenants and the police were invited. Within a short time an off-duty policeman was standing watch in the vestibule each morning and evening as the tenants collected their mail.

I still remember my grandfather leaning back in his chair, puffing on his pipe with a satisfied smile on his face. “Gott sei dank, we’re not in Europe, we have the police on our side.”

The policeman eventually became a good friend of many of the tenants.

Police officers in America put their lives on the line every day to protect the communities they serve. They are heroes, and we owe them gratitude and respect. American Jews in particular should never forget what my grandfather finally grasped: the police are on our side. The criminals, rioters, looters , and arsonists who call themselves “protestors” are not. 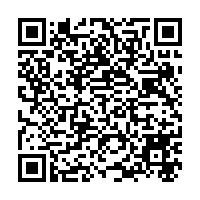