Taysir Abdallah has been squatting on government land that belongs to the Jewish community of Leshem in the Shomron (Samaria). He poached a prime piece of property, directly on top of what was meant to be the safe, modern access road to the community.


Seven years ago, Abdallah was served with demolition orders, which set in motion a seemingly unending saga of delay tactics, petitions, court appearances, falsified and irrelevant documents, and more.

Taking full advantage of the bureaucratic nightmare that is common practice in Judea and Samaria, Abdallah submitted a request for a building permit to the Israeli Civil Administration—after having been served with a demolition order, effectively putting enforcement on hold.

Israeli NGO Regavim and the Shomron Regional Council took the case to Israel’s High Court of Justice. Abdallah provided documentation to prove ownership of the land in question, but it eventually became clear that the documents were not deeds of ownership at all, and had nothing to do with the land on which he was squatting.

Meanwhile, he continued to scoff at the law, building two additional structures as the legal wrangling continued.

When the final decision was handed down, the next scene in the theater of the absurd began: Despite the fact that all of Abdallah’s specious claims were rejected at every step along the way, the Civil Administration informed Regavim that the demolition order would not be enforced: “Old structures are at the bottom of the list of enforcement priorities,” the Civil Administration explained. “There are hundreds of newer structures that have been built in the interim which are of higher priority.”

Yossi Dagan, head of the Shomron Municipal Council, welcomed the demolition, that was seven years in the making: “We are pleased with the enforcement. Better late than never. The issue of law enforcement against illegal Arab construction is crucial for the future of Jewish communities. Every additional illegal structure takes another bite out of state-owned land and causes strategic harm to the State of Israel and Jewish settlement.”

However, According to Yishai Hemo, Regavim’s field coordinator for Judea and Samaria, much more remains to be done.

“The tactics used by Abdullah are classic examples of a system that involves thousands of illegal Arab structures,” said Hemo. “Nonsense permit requests, appeals designed to clog the system, abuse of the legal process—the State of Israel must take action against the system as a whole. Otherwise, every lawbreaker is rewarded, and the law-enforcement system is brought to its knees.

“Thousands of unenforced demolition orders have been gathering dust for years. The Civil Administration must enforce the law the moment they are legally able to do so, in order to prevent years of foot-dragging that harms the creation and implementation of a rational, organized policy for planning and construction, and undermines the rule of law.” 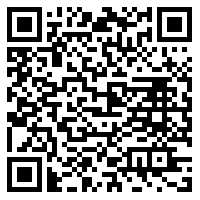