As I wrote last week in my Jewish Press front-page essay “The Argument Against Zealotry,” we live in a world of kana’ut – zealotry and extremism.

Kana’im fail to understand how demeaning their perspective and behavior is to their fellow Jews. Has their kana’ut enriched our community or our people? Has it added to our understanding of the world God created or the blessings bestowed upon us?


Rather than a zealotry defined by Pinchas, how much wiser to consider a religious fervor more like Eliyahu’s.

We commemorated the twentieth yahrzeit of the Lubavitcher Rebbe on the 3rd of Tammuz and it befits us to consider the Rebbe’s example and how we can be uplifted and united by love of God rather than divided by it.

While Eliyahu is just as zealous as Pinchas, his way is neither loud nor insistent. It is gentle and caring, calming the pained baby at a bris, uplifting every family at the Pesach Seder, cheerfully bidding Shabbos farewell and wishing good cheer and fortune for the coming week.

The Rebbe inspired his followers to be like Eliyahu, to go everywhere in the world carrying the message of deracheha darchei noam – of a pleasant, loving, embracing Judaism – to each and every Jew.

So completely did the Rebbe personalize this accepting and loving zealotry that his thousands of shluchim go out into the world with the absolute belief that they have a relationship with him, not just his teachings. Such absolute devotion is astonishing.

Many years ago I worked as hard as I’d ever worked trying to recruit ten scholars to come to Pittsburgh to create a kollel. More often than not, I would be asked, “Pittsburgh? Where is that? What is there to do there?”

How I struggled to get scholars to come. And yet the Rebbe, gone for twenty years, continues to inspire young couples to travel to the farthest ends of the earth, to places where they have no friends, no network, no minyan, no kosher provisions, in order to establish a Chabad House.

There is no word to describe what they do, for their behavior is beyond sacrifice, beyond dedication, beyond commitment. Why do they do it? To fulfill the Rebbe’s desire that they reach out and touch everyJewish soul they can reach.

The Rebbe’s deepest message is clear: Embrace and accept. It is awe-inspiring to sit in a Chabad shul and see how many of those who enter are greeted with hugs and kisses rather than apathetic silence and neglect. To be sure, not every Chabad shita or hashkafa is embraced by other Orthodox Jews. That said, as a non-Chabad Orthodox Jew I cannot help but think there is much of Chabad’s approach we would do well to imitate.

How could it be otherwise? Is there any person who, given the choice, prefers being berated to being embraced? Is there anyone who would prefer to be pushed away and belittled rather than brought in and respected?

From the moment he arrived in America, the Rebbe saw that the way forward could only be the way of Eliyahu: teach, inspire, uplift, and encourage – and always with kindness and love.

Similar to the Rebbe’s approach, the Orthodox Union’s NCSY (National Conference of Synagogue Youth) engages and embraces. Celebrating its 60th birthday, NCSY was born at a time when many predicted Orthodoxy was on its deathbed. But people like Rabbi Pinchas Stolper and a cadre of visionary lay leaders recognized the Jewish future rested with our youth. They created exciting, motivational, inspiring, loving and embracing Shabbatonim in Orthodox synagogues throughout the country.

NCSY was successful in attracting Jewish kids to come to these non-threatening, joyous Shabbatonim. And now, some sixty years and tens of thousands of NCSY graduates later, we can see that the Eliyahu approach can and will continueto turn the tide of Jewish assimilation and ignorance in this country.

NCSY Did NOT Participate in Pro-BLM Ad 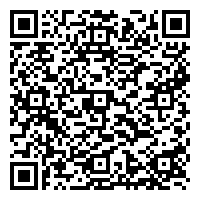