The State Department has announced new rules for when the Israeli Army may, and may not, target Hamas terrorists. This may come as a surprise to the Israeli public, which has grown accustomed to its army being led by career military officers with decades of terrorist-fighting experience.

The State Department’s new decree was handed down in the wake of an August 3 incident, in which an Israeli missile eliminated three Hamas killers riding on a motorcycle in the Gaza city of Rafah.


That the Israelis are able to pinpoint such a small, moving target is itself a remarkable achievement and a testimony both to Israel’s doctrine of avoiding civilian casualties as well as its admirable technological prowess.

But the Israelis are not super-human. They cannot control the direction or velocity of the shrapnel that scatters from a missile’s explosion. In this case, the terrorists were killed, but the shrapnel flew in various directions, some of it into a nearby crowd of civilians, of whom, regrettably, ten were killed as well.

The civilians happened to be standing not far from a school. Even though the proximity of the school to the motorcycling terrorists was obviously pure coincidence, those who are unfriendly to Israel immediately pounced on the opportunity to make the Jewish State look bad. “Missile Strike Near U.N. School in Gaza Kills 10,” screamed the front-page, top-of-the-fold headline in the New York Times.

Over at the State Department, it should have been obvious what happened. After all, State Department spokesmen have on more than one recent occasion found themselves having to explain why the Obama administration’s drone attacks on suspected terrorists in Pakistan, Afghanistan or Yemen accidentally harmed some nearby civilians.

But when it comes to Israel, the State Department has invented different rules. And it is now demanding that the Israeli army follow those rules.

Within hours of the incident — obviously long before any investigation could be undertaken — State Department spokeswoman Jen Psaki labeled it “today’s disgraceful shelling.” She then explained: “The suspicion that militants are operating nearby does not justify strikes that put at risk the lives of so many innocent civilians.”

Calculating the likely distance that shrapnel can reach, and factoring in the density of Gaza’s population and the propensity of Hamas to operate within the most populated areas, the Israeli Army now has new guidelines for where it may attack terrorists in Gaza: Nowhere.

There is nowhere in Gaza that does not have civilians nearby. There is no Hamas activity that takes place far from civilians. The entrances to Hamas tunnels are located inside people’s homes. Hamas command bunkers are situated underneath hospitals. Hamas killers on motorcycles drive through civilian areas because every street is in a civilian area. And if Gaza’s civilians try to leave a battle zone, Hamas thugs try and force them to stay there.

If Israel plays by the State Department’s rules, it can never strike at any Hamas terrorists. No matter how many warning phone calls the Israelis make, no matter how many leaflets they drop, there will always be civilians nearby who might get hit by shrapnel.

That’s how war is conducted in the Middle East.

Lesson seventeen of the Gaza war: If Israel wants to survive in the Middle East, it has to play by its own rules, not the decrees of Foggy Bottom.

(The authors are members of the board of the Religious Zionists of America. This is the seventeenth in a series. To view previous installments, please visit http://www.phillyreligiouszionists.org/lessons-from-the-gaza-war/.) 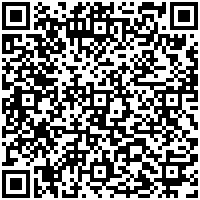