When Professors call for an academic boycott of Israel, I do not know whether to laugh or cry. Professors represent the pinnacle of scholarship and teaching. They represent the spread of discourse and positive criticism that should expand our perspectives and better our world. And then we have academic boycotts, which represent a censorship that stands antithetical to the values of education.

As scholarly teachers, it should be the professor’s job to challenge his or her students to critically interact with course material, connecting it with real-world issues that the student can bring to civic life. We must ask what professors supporting the academic and cultural boycott of Israel are encouraging their students to bring to civic life. Hypocrisy is what I see.


Take, for example, NYU Professor Lisa Duggan, who was shamed in a media advertisement for heading the American Studies Association (ASA), which calls for an academic boycott of Israel. After drawing negative publicity, she called for an academic conference on campus that was called “an anti-Israel conference of hate and bile against the Jewish state” by an advocacy group called The Israel Project. Of course, supporters of Israel were not invited to this conference. Because Duggan’s goal for the meeting was to advance the BDS movement (Boycott of, Divest from and Sanctions against Israel), which censors pro-Israel academic voices, it is unsurprising that she did not invite pro-Israel perspectives to her conference. But by doing so, Duggan compromised her professorial duty to engage with multiple perspectives of a complex issue.

A look at her RateMyProfessors reviews shows she takes this political censorship with her to the classroom. The most recent feedback from one of her students reads, “She is too political for a classroom setting. She gives her own biased opinions instead of just teaching facts. Not what I expect from an academic atmosphere.” This occurs too often in American classrooms. If Duggan would like to voice her views in a forum, she should go for politics, not academics. She should know, as a Professor, that offering only one perspective to otherwise uninformed students, is academically dishonest, detrimental to the critical learning process, and is nothing more than academic censorship.

On campus, I see such hypocrisy and censorship spreading to the students. I once went to a meeting regarding the academic and cultural boycott of Israel, hosted by an anti-Israel group on campus. The group leader read a typed list off of his iPhone (which, unbeknownst to him, was made possible by the virtual keyboard, an Israeli invention) of what he would like to see boycotted on our campus. Among the boycott of Israeli professors, Israeli textbooks, and Israeli products that he suggested, he wished to cease our school-sponsored study abroad to Israel. I asked him, then, why we shouldn’t increase study abroad to Israel, so students could judge Israel for themselves first hand. He did not have an answer, and I have yet to hear a compelling one from any other students, professors, and supporters of the ASA with whom I have inquired.

I believe that I haven’t heard a compelling argument because this ASA movement is simply hypocritical. The hypocrisy again came to light on my campus when a pile of school newspapers were found in the trash and the incident was berated as a hideous act of censorship, as that issue contained articles discussing underprivileged groups on campus. But the same students and Professors who called this newspaper censorship shameful were often the same ones who were pushing the ASA censorship of Israeli academics and culture; insinuating that censorship is okay, as long as the opinions being censored are the perspectives with which they disagree. 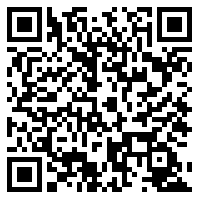