Twenty-five years after the disastrous Oslo Accords, Israel is no closer to peace with its immediate Arab neighbors and there is no end in sight to the conflict with PLO and Hamas that has claimed countless Israeli lives and created friction within the Jewish people.

Many liberals, Jews as well non-Jews, increasingly place the blame for this on Israel and accuse the Jewish state of “lacking a vision” for the future. According to them, Muslim Arabs are hapless victims that can do no wrong, while Israel is a “brutal occupier” that can do nothing right. Widespread Muslim genocidal Jew-hatred and opposition to Israel’s very existence, is conveniently swept under the rug and ignored.

Israel though, did make enormous efforts to obtain peace. It made tangible sacrifices. The image of PLO terrorist leader Yasser Arafat shaking hands with Israeli Prime Minister Yitzhak Rabin at the White House in 1993, left many Israelis with mixed feelings of hope and skepticism. Since Israel was tired of war and yearned for peace, many Israelis were prepared then to try the international leftist initiated “Land for Peace” formula. Liberals quickly claimed a monopoly on “peace”. They demonized anyone who opposed the leftist policies as an “enemy of peace”. The Oslo Accords also led to an increased demonization of Israel and a legitimization of the terrorist organization PLO.

Albert Einstein defined insanity as doing the same thing over and over again and expecting a different outcome. A “peace process” that is detached from reality is doomed to fail, but much of the left still refuses to let harsh facts get in the way of their ideology. According to this Orwellian worldview, the absence of peace is a result of Israeli failure to “deliver” what the Arabs demand. Western mainstream media and academia have long compromised their professionalism by abandoning their role as investigative truth-seekers in favor of ideological anti-Israel warfare.

Fast-forward to 2018 and it is obvious to the vast majority of sober-minded people that the Oslo Accords with PLO have failed to solve the Arab-Jewish conflict.

The respected Israeli Arab journalist Khaled Abu Toameh knows the PLO and Hamas better than most. He was born in what is now the PLO-run town of Tulkarem and has covered Arab affairs in Judea, Samaria and Gaza for the past 35 years. Toameh confirms that liberal mainstream Western media deliberately ignores to report crucial facts concerning the Arab-Israeli conflict that do not label Israel as the “villain”.

Toamah has  identified  two major obstacles to peace: The first obstacle is the absence of education for peace with Israel. Both Hamas and PLO have systematically brainwashed their population that the Jewish state is “evil”, “illegitimate” and must be destroyed.

The second obstacle is the absence of an Arab leadership that is authorized to sign a peace agreement with Israel. Arab leaders have become hostages of their own genocidal anti-Semitic rhetoric. Any leader who attempts to sign a peace deal with Israel will automatically be labeled a “traitor”. The corrupt PLO leader Mahmoud Abbas is in no hurry to end his comfortable life as another assassinated Anwar Sadat.

Western liberals have failed to understand that the mentality in the Muslim Arab world is very different from that of the West. While compromises are seen as a virtue in the West, they are seen as a sign of weakness among Muslim Arabs. This is why neither Hamas nor PLO can ever sign a final peace agreement with Israel that leaves them with less than 100 % of their demands, which is Israel´s destruction. Israeli concessions push peace further away because it rewards Muslim Arab aggression and encourages Israel´s enemies to pursue their genocidal goal of wiping the Jewish state off the map.

In his book “The Oslo Syndrome: Delusions of a People under Siege”, professor Kenneth Levin argues that the Jewish people has been living in a state of hostile siege for much of their modern history. Some individuals are not able to cope with this pressure and find a solution by identifying with their persecutors. This explains the disproportionate number of Jewish individuals who have joined the enemies of Israel and the Jewish people. This self-destructive mindset also blinded much of Israel´s leadership during the Oslo Process and it refuses to go away among Jewish liberals today in Israel and America.

Israeli opposition leader Isaac Herzog recently criticized President Trump´s decision to cut funds to terror-sponsoring UNWRA. Herzog argued that PLO should be brought back to the negotiation table through carrots, not sticks. Herzog parroted old discredited leftist fantasies. The astonishing thing with Herzog´s statement was that it was delivered after Abbas´ recent anti-Semitic rant against Israel’s existence, in which he branded the Jewish people as “colonizers” of the ancestral Jewish homeland. As far as self-appointed liberals are concerned, 25 years of systematic anti-Jewish incitement and terrorism by PLO since Oslo never happened.

The vast majority of Israelis are reasonable people who are prepared to compromise so their families can live in genuine peace. However, Israel’s genocidal neighbors are the opposite of peaceful democracies, such as Iceland, Denmark or Switzerland.

Genuine progress in the Arab-Israeli conflict is not measured by the amount of land that Israel cedes, but by the degree to which Israel’s neighbors embrace education for peace with Israel and the Jewish people. In a ruthless Middle East, only a powerful Israel, not utopian dreams, can keep the Jewish nation alive. 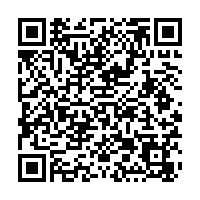