There has been a bizarre, unfortunate and hurtful conversation taking place in the public domain (including every imaginable forum) regarding the halachic viewpoint on brain death.

This has undoubtedly been spurred by a comprehensive halachic work of great effort and significance that was recently published through the Rabbinical Council of America’s Va’ad Halacha. Written by wonderful and accomplished talmidei chachamim, it takes its place in our beautiful “yam shel Torah” with many other fine halachic works, including those that strongly disagree with it.


Having cared for patients, been at their bedside as a physician and clergyperson, and sadly at times had to pronounce their death, I think it is very unfortunate that the ensuing debate from this critique has not produced a greater kiddush Hashem. And even more regrettably, that it has engendered the opposite.

It would be arrogant of me, despite my rabbinical position and many years of medical practice, to try to elucidate the halachic questions and answers regarding brain death. Other, much more qualified individuals (no false modesty) have already done so. Suffice to say, to me, brain death is a very clear medical and halachic issue. Great gedolim have paskened on each side of this controversy.

This controversy does not, and cannot, have a simple scientific resolution, despite what anyone may claim. Science does not and cannot answer metaphysical questions. The definition of death according to science is, however, open for debate and can change by popular vote of the appropriate academies or respective legislative bodies.

On the other hand, halacha is immutable, although its ramifications, based upon the available facts, may change. The “halacha lema’aseh” may in fact be different today than years ago for many issues, because of technological advances and/or better understanding of the problem. Halachic analysis requires taking the best scientific evidence available and using the halachic process to provide “lema’aseh” answers to real questions posed.

Based on this unbiased straightforward approach, indeed the only possible current resolution to the brain death halachic controversy is “Ailu ve’ailu divrei Elokim chaim.” There simply is no overriding clear-cut halachic reaction that all gedolim agree is the correct lema’aseh response. And that is the one incontrovertible fact that seems to be forgotten amid all the tumult. Therefore it is very sad for me to see this beis midrash “controversy” itself take on a life of its own.

Why have I spoken up now? It is extremely difficult for me to remain silent when I see gedolim disparaged in the lay press (or worse, by other rabbis and talmidei chachamim) because of a presumed lack of either halachic or medical knowledge. None of the eminent poskim quoted on either side of this controversy would ever pasken a shailah without speaking with knowledgeable physicians who actually treat and care for such patients.

A posek must obtain state of the art medical information, upon which he then paskens. “Da’as Torah” alone does not give a rav the right to pasken something he does not understand or have knowledge about – and, in fact, no gadol would ever conceive of doing so. I have heard from my rebbeim that the Rav (HaRav Y.D. Soloveitchik, zt” l) took a watch apart in shiur one day to understand its physical workings so he could pasken a shailah regarding its use on Shabbos. People forget that physicians disagree, and our understanding of science is not foolproof. Contradictory medical opinions will lead to different piskei halacha.

However, strong differences of opinion should never culminate in strong language against individuals, regardless of how wrong one believes their position to be. BeisShammai and Beis Hillel argued about even greater practical questions of their day – questions that affected the core of Jewish life – yet I defy anyone to find a single offensive personal castigation by these “ba’alei machlokes” against another individual. Their machlokes was never personal; it was a machlokes lesheim shamayim, not a machlokes lesheim personal aggrandizement or secondary gain.

Not every person (or rav) is entitled to a halachic opinion. Having knowledge in one area of science or halacha does not automatically provide expertise in another area. How much more so (kal va’chomer), then, the need for individuals to refrain from proffering opinions on matters about which they are not qualified. And the vast majority of Jews are simply not qualified to render a halachic opinion on brain death. 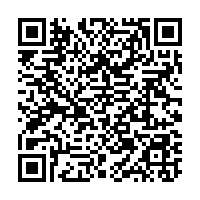