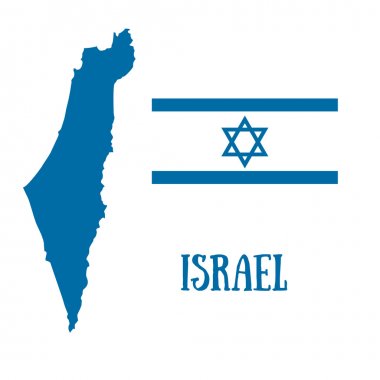 In my current occupation as a licensed tour guide in Israel, it is my privilege to greet many of my brothers and sisters who can visit our Holy Land again. For the most part, they are excited to be visiting Eretz Yisrael after being denied that opportunity for the past two years.

I highlighted the word “visited,” as, unfortunately, most of them have no intention of considering the possibility of aliyah and are content to remain living in the Diaspora for the time being. There certainly are some very legitimate reasons for remaining in the Diaspora for now – I had the privilege of aliyah only some five years ago – and each person must judge what is best for their family. I only want to look at one of the reasons that I often hear, in light of this week’s Parshat Bechukosai.


The argument that I am speaking of is that, “Since Mashiach has not yet come, we are still in galus anyway. Medinat Yisrael has little or no religious significance, as many of the founders were irreligious or even anti-religious. The State continues to be a secular state that is an affront to the Torah. The galus is still in full force whether you live in Boro Park or Bnei Brak; we will comfortably await the coming of Mashiach elsewhere.”

To fully address this concern would take far more space than I have available, but consider this week’s parasha. At the end of the lengthy Tochacha (Admonition) section describing the long and terrible galus that we will undergo, a verse appears that we are quite familiar with from the Rosh Hashanah Mussaf:

A quick analysis of this verse results in two obvious questions. (a) Why the reverse order from the usual, chronological and ancestral one? (b) Why are there seemingly three separate covenants listed, rather than “I will remember my covenant with Avraham, Yitzchak, and Yaakov”?

In a masterful treatment that can only be briefly excerpted here, Rav Samson Raphael Hirsch, zt”l, explained that there were three separate covenants. “The names of the Patriarchs represent not individuals, but historic archetypes through which the power of the Divine covenant becomes manifest.” We are very familiar with the lives of Avraham and Yaakov, about whom the Torah elaborates at length. The Hittites recognized Avraham in his time as a “Prince of G-d amongst us.” Universally recognized as the supreme citizen of his time, the object of admiration near and wide, he was beloved in his ability to bring the message of G-d to the world. By contrast, Yaakov led a life of unremitting hardship and trouble – from Eisav, Lavan, Shechem, Joseph, etc. – a life which had little respite from difficulty.

About Yitzchak, however, we know relatively little – he is given minimal “screen time” in the Torah. Even in parshas Toldos, the one parasha purportedly devoted to Yitzchak, most of it is really about Yaakov and Eisav. Chapter 26 is the only one in which we read about Yitzchak himself.

What we find there is that Yitzchak is a paradox. He is persecuted by the Philistines, but is very successful financially. Driven from place to place, dealing with the intransigence of his neighbors, he is told, “Leave us, as you have become mighty from us (from somehow taking our wealth)” He emerges unscathed with their grudging admiration. Avimelech comes to him to make a non-aggression pact. Yitzchak asks, “Why do you come to me; do you not hate me?” And in an Orwellian statement worthy of the UN, they say, “Let there be a pact between us, so that if you do us no harm, as we have not harmed you and we did only good and sent you in peace, for after all you are blessed by G-d” (Bereishis 26:28-9). We have not harmed you! We did only good and sent you in peace!

In summary, Yitzchak lives a life in which he is grudgingly tolerated and respected, not loved. A life in which he has both financial success and the hostility and envy of his neighbors; without the crushing difficulties of Yaakov, but far from the glory of Avraham’s social status. He is somewhere in the middle: not in the greatest of times, but not the worst of times either.

With this background, let us see how Rav Hirsch learned the verse from Vayikra. As the end of the galus draws near, a time will come that it will be evident that Hashem remembers the covenant with Yaakov. “I will be with them through all the long, long nights of their exile. I will transform even the darkest night of their exile into a shining revelation of Divine Guidance.” We will make it through the worst of times; bloodied but very much alive. Then, when the time will come that “their measure of suffering is full, when they have inscribed their loyalty to the Torah with their heart’s blood upon the pages of world history” and the covenant with Yaakov is fully realized, it will be time for the covenant of Yitzchak.

“During the Jacob period, they had to endure the hatred of the nations. Now, like Isaac, they will suffer the envy of the nations … In the midst of growing prosperity, living among nations wavering between humaneness and envy, they will have to preserve their unique character as did Isaac. They will have to employ their resources, ampler and less restricted than before, for a more perfect and multifaceted fulfillment of their unique mission in the galus …”

Rav Hirsch then goes on to describe a later stage of the Covenant of Avraham, and of the Land, which we can surmise will be at the time of the coming of the Mashiach.

In a tragic comment that we can look back at through the prism of terrible hindsight, Rav Hirsch further wrote of his time, nineteenth century Germany, regarding the Covenant with Yaakov, “This stage is already behind us. As Yaakov, we have proved ourselves brilliantly.” In recognition of the opening of the ghettos and the unprecedented freedom and opportunity of Western European Jews, he felt: “Now we are facing the test of the second stage, the Covenant with Isaac: to walk free and independent among the nations, not to fear to be different, and to remain undeterred by envy … a test we still have to pass. Only then can we look forward to the last stage of galus, in which we will win the respect of the nations, not although we are Jews, but because we are Jews …

In hindsight, it is so bitter to know that this hope was premature, specifically in Germany.

Nevertheless, it is clear to me that we truly live in the Yitzchak age in our time. With the unprecedented wealth, power, and influence of Jews throughout the world, with the amazing resurgence and rebirth of observant Judaism, and most of all, with the great gift that is Medinat Yisrael, we have passed into a different relationship vis a vis the nations of the world.

There are not only two binary states, namely Galus and Geulah, Exile and Redemption. It should be plain to anyone with a clear view of the amazing times we live in that we are in an intermediate stage. Some call it Ikvasa D’Meshicha. Some call it Aschalta D’Geulah. Rav Hirsch says that Hashem called it “Bris Yitzchak” – the Isaac Covenant.

It is a time when Jews – very much including Orthodox Jews – have reached unheard of levels of wealth, power, and influence in the countries they live in. They are very prominent among the leaders in business, government, science, academia, culture and the entertainment industry (a mixed blessing). The Torah world is flourishing as it has not in thousands of years, with hundreds of thousands learning at advanced levels, a massive proliferation of yeshivos, kollelim, Bais Yaakovs and seminaries. We live in a time of hundreds of thousands celebrating the Siyum HaShas of Daf Yomi, endless availability of kosher food, and a thousand other indicia of a galus far different than the bad old days of Poland, Galicia, and Iraq.

Moreover, without getting into the debates about the religious significance of the State of Israel, one cannot deny the miracles that are evident there every day. A strong army and security force protecting Jews as never before. The economy, high tech industry, infrastructure, science and culture that have been developed in a nation of survivors after merely 70 years is nothing short of miraculous. And with all the problems, the level of Torah learning and observance dwarfs all of the major accomplishments in America and elsewhere and, again, is a very different type of galus than in the bad old days of Lithuania and Ukraine.

It is the Isaac Covenant – a new and different galus. It is a time when we must follow the way of our Patriarch Yitzchak, and only thus get through this singularly exciting, promising, and yet difficult time. It requires strength, courage, and fearlessness to face the unbelievable opportunities we have and not run from them.

And it is a time to recognize that Hashem is waiting for us to embrace the gift that He has given us. It is time to recognize that the time that Jews were welcome and tolerated in America may be coming to a close, as we always knew it would someday. It is a time to heed the words of Rav Yehuda HaLevi in the Kuzari (2:24) and not follow the unfortunate example of the Jews who, rather than returning to Eretz Yisrael with Ezra, decided to stay in Babylon, and ignored the “knocks of G-d” in which he called on us to come back home. It is a mistake to think that everything will be exactly the same, and one day Mashiach will appear out of the blue and call us back. Although that was one possible scenario, it is quite clear that the other one is unfolding, in which the geulah is opening up a little at a time.

It is time to recognize not that galus is over, but that we have entered a new and different stage, which requires different responses than in the past. It is time to come home. 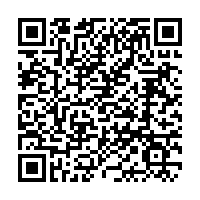