In April, Rabbi Moshe Taragin spoke on the occasion of the fifth yahrzeit of his rebbe, Rav Aharon Lichtenstein zt”l. He recounted at one point:

He was the most refined person I ever met: dignified, elegant, his speech, his dress, his manner…. He had perfected his personality on so many fronts…. He taught us that that’s part of being an oved Hashem is to carry yourself with dignity, speak with dignity, with respect, not chas v’shalom egocentrism or cockiness.

An example of Rav Lichtenstein’s refinement was his approach to aliyah. He said, “Klal Yisrael has always been bound up with Eretz Yisrael. These are our roots, and ultimately, this is our future.” However, even though Rav Lichtenstein himself made aliyah in 1971, he rejected harboring a haughty attitude toward fellow Jews in the Diaspora. He wrote after living in Israel for almost 40 years:

Many Israelis are wont to assume that the primary restraint upon aliyah among religious Zionists derives from cleavage to the fleshpots of Egypt. This is a convenient assumption, especially inasmuch as it enables its advocate to flatter himself by basking in the reflected glory of his own comparative idealism. It is, however, also simplistic.

With a powerful blend of gratitude and humility, Rav Lichtenstein concluded:

I hope and trust that I am neither so vain nor so foolish as to fantasize, personally, presumed superiority to peers who have chosen to serve the Ribbono Shel Olam and to service Knesset Israel within the context of continued residence in the Diaspora. And yet, without harboring illusions, I also trust that I am fully appreciative of the spiritual benefits harvested by my family and myself due to pitching our own tent on the soil of eretz hakodesh.

Rav Lichtenstein actually considered aliyah inappropriate in some cases. Rabbi Dovid Gottlieb recounts guidance Rav Lichtenstein gave him: “He didn’t feel someone who was in klei kodesh in America should come to Israel to be a farmer or to be an accountant.”

Contrast Rav Lichtenstein’s nuanced treatment of aliyah with the grobkeit displayed by too many aliyah advocates today, which has only worsened during the Covid-19 pandemic. Amidst the riots last week in Minneapolis and elsewhere, a resident of Yerushalayim wrote:

“[A]ll of the aliyah blogs, Torah proofs, and Rabbi videos won’t make one-thousandth of an impression on America’s Jews compared to the persuasion of 10 million rampaging Blacks advancing on the conclaves of Boro Park, Lakewood, and Beverly Hills. Go get ’em fellas!… Burn their Cadillacs and Audis.”

Another person told Jews in America to get “ready for the worst anti-Semitic backlash in history,” while someone else spitefully invoked the Almighty: “Diaspora Jews don’t get it, no matter how much HaShem gives them a gentle nudge. Perhaps it’s tome [sic] for a kick in the pants?”

(Given that Israel has one of the world’s highest late-term abortion rates and promotes homosexual pride events even outside its borders, Israelis should reconsider talking about Divine kicks.)

Rav Lichtenstein pinpointed the abhorrent mentality of such people when he wrote of “the rejoicing you encounter among certain staunch advocates of aliya every time they read about a murder in Brooklyn or Long Beach; they make sure to republish it in their newspaper in large type.” (How quickly they forget sites of carnage like Neve Tzuf and Har Nof and names like Ori Ansbacher, Hy”d.)

Whenever you are seized by pride concerning your observance and righteousness…remember your omissions and offenses of the past, present, and uncertain future…. How can you marvel at your observance when your thoughts and conceit reduce your religiosity and your admiration ruins its very object?

Kibbutz galuyot is part of the Shemoneh Esrei. When people turn the mitzvah of aliyah into a whip, they alienate fellow Jews and disgrace a sacred cause. 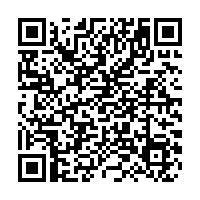