The first month of 2014 has brought an intense high and a profound low. We as a community celebrated the safe return of Caleb Jacoby to his family in Brookline, Massachusetts but also mourned the tragic death of Menachem Stark of Williamsburg, Brooklyn.

In reading the story of the Jewish people crossing the sea, I found it striking that the women, led by Miriam, sing their own song. In fact, they have various musical instruments and seemingly are outdoing the men. Is this activity motivated by some feminist agenda? Or could it be an expression of modesty or separation as displayed in an Orthodox synagogue?


I came across an interesting approach developed by Rabbi David Fohrman, dean of Aleph Beta Academy. He focuses on the Torah describing Miriam as a prophetess and describing her as the sister of Aharon before embarking on her unique song of praise. Chazal inform us that Miriam revealed to her parents that they would have a son who would redeem the Jewish people from Egypt. Due to her prophecy, her parents were motivated to re-unite and conceive Moshe, despite the ominous decree leveled against male babies in Egypt.

The challenge or tension of the story is watching Moshe develop into a leader while avoiding the proverbial target on his back.

Miriam is forced to watch from the sidelines as baby Moshe is floating in a basket on the sea. Along comes the daughter of the man who decreed that Moshe should be killed. The situation looks dire. Yet Miriam believes Hashem will come through. Despite what she sees before her eyes, in the recesses of her heart she knows differently. Sure enough, the daughter of the Egyptian ruler ultimately spares the child.

Rabbi Fohrman points out that years later there is similar language when our people are locked in at sea, trapped between the water and the Egyptians. Moshe, the same Moshe who was pulled from the water and saved as a baby, tells his people not to fear. He tells them to stand firm and watch the salvation Hashem will bring them. He is really telling them, Sit back like my sister Miriam did and watch what Hashem will do. You think the situation is hopeless, but you will see otherwise.

This sheds light on Miriam singing an additional song by the splitting of the sea. At this moment, as the Jews are redeemed from Egypt, she experiences the culmination of her personal prophecy of years ago. This is why the verse leading into the song accents her being a prophetess as well as the sister of Aharon. It brings us full circle and is a celebration of the culmination of years of aspiring and hoping for the development of baby Moshe into the Moshe Rabbeinu Hashem promised.

One of the great challenges in emunah today is not so much believing that Hashem can fix all problems but rather accepting when Hashem chooses not to address our challenge in the way we would have hoped. Not every story has a happy ending. Although it did for the Jacoby family, it didn’t for the Stark family.

Klal Yisrael as a nation has a promise or prophecy of redemption, but no individual necessarily does. We can’t sit back like Miriam does by the water or as the nation does years later by the splitting of the sea. They didn’t know how Hashem would come through for them but they had a commitment that He would. We as individuals can’t be comforted in this way.

Our only trump card, then, is to pivot and re-double our efforts in connecting with Klal Yisrael. This shift can afford us some degree of assurance of salvation.

I’m saddened that within mainstream Orthodoxy merely mentioning the name of Rabbi Avi Weiss invites controversy and negative associations. Fifteen years ago his name was associated with an exemplary model of communal activism and ahavas Yisrael, not with pushing the boundaries of Orthodox practice. Though I’m uncomfortable with his shift in emphasis, I must give credit where it’s due. While many of us where busy bemoaning those New York Post headlines concerning Menachem Stark, Rabbi Weiss made the long trek from the Bronx to Williamsburg to pay the Stark family a shiva call.

After the visit, the gabbai of the Spinka Rebbe offered Rabbi Weiss a ride to help him get back to Riverdale. Rather than taking him to the train station, as had been requested, the gabbai insisted on driving him all the way home from Williamsburg. The gabbai then entered Rabbi Weiss’s Yeshivat Chovevei Torah where he danced with Rabbi Weiss and several talmidim (who were celebrating the completion of a special week of learning) and shared divrei Torah.

To me, this is what Klal Yisrael needs to be about. Don’t get me wrong; there are serious differences in outlook, practice and opinion between Satmar, Spinka and Chovevei Torah. However, the common denominator needs to be that there is more that binds us than divides us. To their credit, Rabbi Weiss and the Spinka gabbai understood this message.

When more of us in Klal Yisrael begin to grasp this critical concept, we will hopefully attain that elusive protection we yearn for and thereby spare ourselves incidents like the ones we’ve just experienced.

The Paranoid Editor of the Yated 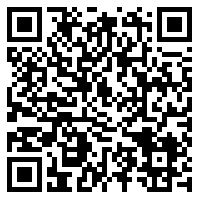