“To this day, every Friday night I bless candles in memory of my mother, and there isn’t one Friday night that I don’t see her in my mind, blessing our candles at home…”

My gaze is riveted to the television screen as I watch my mother speaking. She begins weeping quietly, remembering the large family she lost in the Holocaust.


“I had a beautiful childhood, a warm, close-knit, loving family, and I think it’s what sustained me through everything.”

It was the day after my mother had passed away following a long struggle with Alzheimer’s. My brother and I were sitting down with the rabbi to plan her funeral service. He had asked us to bring along any memorabilia we might have of her before she became ill. In searching for photographs and mementos, we’d come across a videotape Mom had given us ten years earlier – an interview she’d done for the Shoah Foundation, the Spielberg project that documents the testimonies of Holocaust survivors.

Back in 1995, when she’d recorded it, we had watched with a critical eye and dismissed it – she was nervous through much of it, and had left out many important stories and details. We put the tape on a shelf and forgot about it.

That day, we walked into the rabbi’s office and handed him the videotape.

“Oh, let’s look at this together,” he said, as he escorted us to a room with a television. I had a moment of panic at the thought of watching the tape, only hours after seeing my mother at the morgue. My heart contracted as the rabbi turned on the television and we sat down.

Suddenly my mother’s image appeared on the screen. The sight of her alive and well – the Mom we hadn’t seen since she’d fallen ill – took my breath away. Unable to speak or walk for the last two years, our mother had been a shadow of her former self. She’d always been a dynamic woman – strong, vibrant, articulate, charming, with a love of life and an optimism that belied the trauma of her youth. And there she was, as I wanted to remember her.

The knot in my stomach began to ease as I watched my mother speaking animatedly, with all of her familiar facial expressions and gestures. I remembered that proud look in her eye, whenever she would talk about her four sisters – “My father was known throughout Antwerp as ‘Mr. Gajst and his beautiful daughters!’” – and her nostalgic recollection of warm Shabbos dinners, with their delicious food and happy singing of z’miros. I soon realized that watching this video was far more comforting than it was painful. It was actually wonderful to see her again!

During the week of shiva that followed, friends and relatives gathered at my brother’s house, and everyone wanted to see my mother’s video. We watched it over and over again – ninety minutes of stories, spanning her childhood in Belgium to the present.

We heard how, at the age of 17, she’d hidden herself in Brussels after her whole family had been taken away. She described her eventual arrest by the Gestapo, followed by nearly three years at Auschwitz. Then the surreal tale of liberation, and her subsequent emigration to America, where she became a fashion model and later met the man who was to become our father… stories my brother and I had heard throughout our lives.

My younger son, who’d been a toddler when my mother was stricken with dementia, was now ten years old. He watched her interview intently, riveted by the images and stories of the grandmother he’d never had a chance to know.

As I sat there, I realized how fortunate we were to have this video. To be able to watch her telling the stories of her life, in her own words. It really was like seeing her alive again. In the midst of my grief, it felt joyful and cathartic. I knew in that moment that we had something invaluable and precious, and all too rare.

How I wished I had a similar video of my father, who’d passed away in 1998. All his great memories and anecdotes – building his family’s first radio as a boy in Germany, his old army stories from when he was drafted soon after arriving in America, his lifelong love of the Yankees, and the boyish grin he often wore as he reminisced – were now preserved only in our own fragile memories. 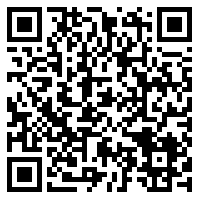