Following Shabbat services on the day after a Supreme Court majority recognized a constitutional right to same-sex marriage, I say to the young rabbi of our Modern Orthodox Jewish congregation in Potomac, Maryland, “How will you respond to the two Jewish young men who will now ask that their wedding ceremony be performed in our sanctuary?”

Very learned in Talmudic thinking but unschooled in American constitutional law, he replies, “I’ll tell them that we follow Orthodox Jewish law, and that a wedding of two males is not permitted in our building.”


The rabbi is unaware of the then-celebrated 1983 case of Bob Jones University, decided when the rabbi was a toddler. The Supreme Court – with only Justice Rehnquist (not yet chief justice) dissenting – ruled that a fundamentalist Christian religious university was not a “charitable” institution entitled to tax-exempt status under American tax law because the university enforced its religious principle that prohibited interracial marriage and dating.

A majority of the Supreme Court has now elevated same-sex marriage to the constitutionally protected status of interracial marriage. So the Bob Jones precedent could mean that the “one man-one woman” marriage rule of our Orthodox Jewish synagogue of 500 families renders it no longer “charitable,” and contributions to the synagogue are not tax-deductible. That would be an effective death sentence for the congregation.

Will a court distinguish between Bob Jones’s religious rule that forbade interracial marriage and the Jewish religious rule that forbids same-sex marriage? According to Jewish teaching, our rule began immediately when God created woman and instructed Adam, as recounted in Genesis 2:24, “Therefore a man shall leave his father and mother and cling to his woman and they shall become one flesh.”

This verse conclusively defines marriage for those who believe that the verse’s teaching is the word of God. Does the Orthodox synagogue’s enforcement of this religious principle on its premises, like Bob Jones’s enforcement of its religious ban on interracial dating on its campus, make the institution no longer “charitable” under the laws of the United States?

When he presented oral argument supporting constitutional recognition of same-sex marriage, the solicitor general of the United States candidly acknowledged the problem. Justice Samuel Alito asked whether favorable tax status would be denied to many religious institutions. Solicitor General Verrilli replied that “it’s certainly going to be an issue. I don’t deny that.”

There was not much solace in Justice Kennedy’s majority opinion. He graciously described as “decent and honorable” those who believe same-sex marriage to be wrong and defended their right “to advocate with utmost, sincere conviction that, by divine precepts, same-sex marriage should not be condoned.” The First Amendment, he said, entitles them to “proper protection as they seek to teach the principles that are so fulfilling and so central to their lives and faiths.”

Does “proper protection” mean that our synagogue continues its tax-exempt status while it is fighting off a possible challenge by the IRS and battling legal claims by passionate advocates of the LGBT movement who argue that their newly established constitutional liberty to same-sex marriage trumps our right to the free exercise of religion?

Here again history teaches a devastating lesson. Bob Jones University finally lost its battle in 1983, but that was a decade after its claim to continued tax-exempt status was first on the Supreme Court’s docket. In May 1974, the Supreme Court unanimously held that Bob Jones was challenging the IRS prematurely if it sued before actually paying the tax; it had to pay first and sue later. The ensuing litigation took ten years and probably cost a fortune in legal fees. If IRS officials agree with the LGBT claim that same-sex marriage right is paramount, our synagogue will have to spend years in the courts fighting that claim while relying on contributors who cannot deduct their contributions in calculating their tax obligation.

This prospect calls for prompt Congressional relief recognizing the continued legal status of those in American society who adhere, as a matter of religious conscience, to the view that Justice Kennedy acknowledged goes back to “the dawn of history” – namely, “that marriage is a union between two persons of the opposite sex.”

Title 42 of the United States Code now contains laws that protect the free exercise of religion in various other contexts. Congress should add to it a law that states: “No person shall take or threaten any adverse action under color of Federal or State law against a person or religious organization that, in the exercise of a bona fide religious belief, refuses or fails to provide a service implementing or assisting the constitutional right to same-sex marriage recognized by the decision of the Supreme Court of the United States in Obergefell v. Hodges, No. 14-556. The district courts shall have original jurisdiction of actions to enjoin violations of this section.” 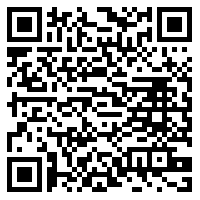