I’ve been asked dozens of times over the past two weeks how I felt when I heard that Jonathan and Esther Pollard landed at Ben Gurion Airport early Wednesday morning.

Truth be told, I knew more than a week earlier of their planned departure date, and I knew when the private plane they boarded took off. I also spoke to Jonathan and Esther about two hours before they landed, so I had plenty of time to think of how I would feel when they finally arrived in Israel.

The question for me was very personal. I visited Jonathan and Esther in their New York City apartment the Thursday before their flight – as I had dozens of times before the Covid pandemic. As I left and wished them a safe flight, I told Jonathan, “We owe each other a hug” – a hug we were deprived of because of Covid.

I reminded him that when we first met at the Federal Correction Institute (prison) in Butner, North Carolina, in 1993, we gave each other a hug. As his 35-year saga was ending, we deserved another. We will iy”H have that hug in Israel after the pandemic ends.

So what was I thinking that Thursday afternoon as I left their apartment, walked down the stairs, and exited their building?

First, I thanked the Ribono Shel Olam for allowing Jonathan to finally leave for Eretz Yisrael, and I thanked Him for allowing me to be part of His mitzvah of pidyon shvuyim, although I didn’t expect fulfilling it with Jonathan would take so long.

I reflected on their individual health issues and prayed that the Almighty grant them both good health and long life together in their new home.

Our Sages tell us that the G-d doesn’t give someone a test he can’t endure. Jonathan is that someone, and he endured – 30 years in prison, seven of which were in solitary confinement. I visited Jonathan in prison close to 100 times over 20-plus years; prison was definitely a test, but he endured.

Jonathan had so many tests – relating to kashrut, Shabbos, emunah, and so much more. He had a daily, if not hourly, test of being an obvious Jew in a dangerous place. He had tests relating to things we can talk about and things we cannot.

Jonathan did not enter prison as a religious Jew, but he left as one – a test he passed with flying colors.

The Klausenberger Rebbe, zt”l, a survivor of numerous concentration camps who lost his wife and children in the Holocaust, is quoted as saying, “The biggest miracle of the Holocaust was that Jews came out of their experiences and still believed in G-d.” Jonathan came out of his ordeal a stronger believer than he went in. Indeed, a miracle.

I reflected on the battle I and others fought on his behalf for so many years, very often alone. When we began, there were only a few of us fighting for his freedom. Only after his prison years continued to add up did others begin to see the injustice of his sentence and treatment. Thank G-d, his release from prison and arrival in Israel were celebrated by so many.

This experience reinforced for me that we must always do what’s right, even if it’s not supported by the mainstream. And we should never give up. The next attempt may be the successful one.

I also reflected on how much I learned and gained from my “brother” Jonathan. I experienced with him his ups and downs, his too many disappointments. We often cried together, but we laughed together too. I also experienced his unbelievable emunah. I watched him daven and recite berachos with sincere kavanah. I saw his love, devotion, and concern for his wife Esther. And I saw his love for the people and land of Israel, which never diminished.

So what thoughts went through my heart and mind? Thoughts of joy and gratitude that he was going home. Thoughts of sorrow for the 30 years he spent in prison. Thoughts of appreciation to those who stood beside Jonathan and Esther in so many ways. Thoughts of prayer for their good health and opportunities now open for them in Israel. And thoughts of gratitude to the true and only Matir Asurim, the Redeemer of Captives.

Yes, I was very happy, and emotional, when I heard the Pollards finally arrived in Eretz Yisrael. 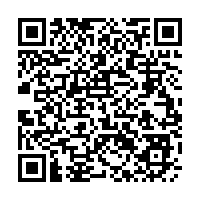