Ironically (or perhaps hypocritically) many of these same critics urged Israeli prime ministers to speak to Yasser Arafat and other terrorist leaders who have advocated and practiced the murder of Jews. What is the difference? In both cases elected leaders have to hold their collective noses to speak to other leaders of whose ideologies and actions they strongly disapprove. But when you are the leader of a country, pragmatic realpolitik must often prevail over pure ideology.

Recall the grimace on the face of Yitzhak Rabin when President Clinton urged him to shake the hand of Yasser Arafat, a man who was personally responsible for ordering the murder of Israeli children, women and men. When I subsequently discussed this with Rabin, he said that his hand was shielded by the velvet glove of diplomacy. The left praised Rabin, as well they should have. But many of the same people now condemn Netanyahu for extending the same velvet glove of diplomacy to extreme European nationalists.

There are lines, of course, that no one should ever cross even with the protection of a velvet glove. But if that line was not crossed with Arafat, it certainly is not being crossed with Viktor Orbán and other nationalist leaders. The line cannot be based on the whether the alleged villain is right-wing, left-wing, Muslim or Christian. It must be a line based on objective factors.

The United States dealt, though quietly, with the leaders of Iran, and even dealt with Hitler, Mussolini and Stalin back in the 1930s and 1940s. President Roosevelt, when asked why he was dealing with the tyrannical leader of a central American dictatorship, famously responded: “He is a son of a bitch, but he is our son of a bitch.”

The nationalist leaders of central and eastern Europe are a mixed picture when it comes to Israel. They strongly support Jewish nationalism, Zionism, and the nation state of the Jewish people. But their attitude toward Jews and the Holocaust is often highly questionable. The prime minister of Israel must put the interests of his country before ideological purity or attitude toward Jews in general. In a world in which so few nations support Israel and in which so many vote routinely to condemn it at the United Nations, Israel must not easily give up support from right-wing nationalists.

One of the accusations made against Viktor Orbán is that he has attacked George Soros, the Jewish multi-billionaire whose activities in Europe and around the world are highly controversial. The reality is that Soros deserves to be criticized and the fact that he happens to be a Jew should not exempt him from such criticism. Soros has long been an enemy of Israel and has never been a particularly strong supporter of Jewish values. It is, therefore, ironic that criticizing him has seemed to be a benchmark for anti-Semitism.

Beyond Soros, however, there are good reasons for opposing many of the policies and statement of Orbán and his fellow right-wing nationalists. Their attitude toward the Holocaust, especially glorifying anti-Semites who collaborated with the Nazis, deserved serious condemnation, as does the refusal of these leaders to own up to the responsibility of some of their citizens for the “final solution” against the Jews.

Life always presents mixed pictures, especially when it comes to politics and international relations. So do not condemn Prime Minister Netanyahu for doing what virtually every Israeli prime minister has done, beginning with David Ben Gurion accepting reparations from Germany. Politics makes strange bedfellows, and international politics makes even stranger ones. So let us condemn European nationalists when their actions warrant condemnation, but let us welcome their support for Israel at a time when such support is becoming more and more essential. 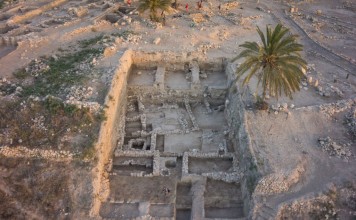