The ADL has also come out with a report, Audit of Anti-Semitic Incidents: Year in Review 2017, which examines not just campus antisemitism, but also threats against K-12 schools, attacks on Jewish cemeteries and bomb threats.

Not All Antisemitism On Campus Is The Same


But a key difference between the 2 reports is the distinction the AMCHA report makes between 2 different kinds of campus harassment faced by Jewish students.

First of all, counting incidences of antisemitism on campus is not enough. A small swastika drawn in a bathroom stall creates a different emotional impact on a student than the same swastika when it is etched into that same Jewish student’s dorm room door. The former is an expression of an offensive opinion, while the latter implies a desire to harass and intimidate.

The harassment of Jewish students goes beyond swastikas. Another example given in the report is:

This is a different kind of harassment, directed at Jewish students not as Jews but rather as representatives and supporters of Israel. It is also antisemitism but is distinctive from classic antisemitism such as swastikas and anti-Jewish hate speech.

Such attacks tend to be carried out with the intent to suppress pro-Israel expression or to ostracize and exclude pro-Israel individuals from campus life. These kinds of incidents included:

shutting down, disrupting, defacing or other attempts to interfere with Israel-related events, displays, trips, or announcements on the one hand, and the targeting of individual students and student groups for vilification or attempts to exclude them from participating in campus activities, to boycott interaction with them, or even to expel them from campus altogether on the other.

According to Rossman-Benjamin, it is important to be able to distinguish the intentionality behind the attacks. Antisemitic attacks were not necessarily directed at a particular Jewish student on campus, but anti-Zionist incidents were virtually all directed particularly at Jewish students. It was those anti-Zionist attacks that were more likely to affect the campus climate.

While there were more antisemitic incidents (205) than Israel-related ones (71), far more of the Israel-related incidents (67 / 94% vs 48 / 23%) showed an intent to harm Jewish students and contributed more towards creating a hostile environment.

Israel-Related Attacks on Campus Are Bad — And Getting Worse

While the report has a breakdown of both antisemitic and Israel-related harassment, let’s focus on the report’s findings related to the latter.

31 of Israel-related incidents (44%) were intended to impede or silence pro-Israel expression. For example:

54 of Israel-related incidents (76%) personally targeted pro-Israel individuals or groups for ostracizing and/or exclusion. For example:

These incidents of ostracizing and excluding pro-Israel Jews have been successful and have been on the rise over the past few years in comparison to merely suppressing speech.

When I spoke with Ms. Rossman-Benjamin, she pointed out that the AMCHA findings, by distinguishing between classic antisemitism and anti-Zionism, reveal a dual attitude on the part of the university campuses.

On the one hand, campuses tended to be more sympathetic to those subjected to antisemitic attacks, but on the other hand, they had little or no sympathy when it came to Israel-related attacks. As a result, many of places where Jewish students would look to for sympathy, such as peers, were actually themselves perpetuating this kind of harassment.

Furthermore, the University administrators did not feel compelled to act to protect Jewish students from Israel-related attacks, because they saw those incidents as political free speech and not as harassment.

Dealing With Anti-Zionism on Campus: A Paradigm Shift

In their report, the ADL’s recommendations put the emphasis on taking legal action in order to protect Jews in general and on the education of university staff in particular to address the problem. Public officials would be expected to speak out against such incidents.

AMCHA’s approach is different, and Rossman-Benjamin describes the approach as a paradigm shift.

True, one could try to get universities to recognize anti-Zionism harassment as a form of religious or ethnic discrimination. As it is, there are legislative efforts to get the federal government, especially the Department of Education, to see it that way, and make such harassment illegal under federal anti-discrimination law.

She suggests a different approach:

The effort to get anti-Zionism recognized on campus as an example of classic antisemitism or a form of discrimination against Jews would take a lot of work and would not necessarily successful. It will take a lot of effort to get anti-Zionism recognized as a special form of discrimination, and going the legal route is time-consuming and not a simple task.

The main concern must be the welfare and safety of Jewish students on college campuses.

If you have to argue that anti-Zionism is a form of classic antisemitism before you can get protection from what is legitimately hurting Jewish students, you are wasting time when you could be just going to the fact that Jew students are getting hurt — and that is unacceptable, period.

So instead of going to the legislature, AMCHA advocates for going directly to the university itself, and in its report offers these suggestions:

o  Issue a public statement assuring all students that they will be equally protected from intolerant behavior that violates their freedom of expression or their right to full participation in campus life;

o  Amend university policies to include the prohibition of peer-on-peer harassment that suppresses any student’s freedom of speech, association or assembly, or unduly interferes with any student’s access to educational opportunities or benefits;

o  Institute procedures for enforcing the amended policies equitably, without regard to the motivation of the perpetrator or the identity of the victim;

o  Develop educational programs to teach about the importance of freedom of expression to university life and to encourage the expression of a wide range of views in a productive and respectful manner. [emphasis added]

The focus of these suggestions is not Jewish students, but rather all students.

However, that means that everyone gets to express themselves, and that is going to require a certain amount of tolerance. But keep in mind, it is not as if this allows a group like JVP to say what they want, when they want and where they want. Let’s

How Do We Get The Universities To Take These Proposals Seriously?

If need be, pressure can be applied to the universities to put these policies into place.

o  Students need to call for it

o  Outside groups need to call for it

o  Communities need to call for it – and not just Jewish communities either.

There is already movement in state legislatures to ensure that free speech is assured for all students.

Legislative muscle helps, but the first step is to get the universities to say this is important and pledge they are going to do something about it. If they will not put in place policies that guarantee equal rights to free speech, only then bring legislative muscle to bear.

Getting those policies in place would be a huge step forward. 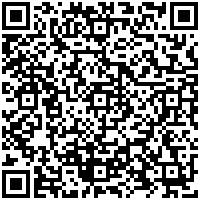