With noon temperatures exceeding 100 degrees, visitors to Habakkuk Nwafor’s family compound in Abuja seek shelter in a palm-fronds hut adjoining his private shrine. No grass grows through the sandy soil of the walled compound, while a mighty cashew tree that once offered shade was felled in a storm several years ago. A few paces from the hut and shrine is Tikvat Israel, the synagogue headed by Nwafor.


With no Nigerian rabbis, men like Nwafor, who began practicing Judaism in 2002, have assumed the mantle of religious leadership in Igbo Jewish communities. A competitive boxer in his youth, Nwafor, now in his mid-50s, works in construction and also raises goats and chickens, which roam freely about the compound.

Bearded, lean and muscular, he has a distinctly raspy voice and an intensely religious fervor. In the distance, beyond his synagogue, a towering and tree-lined mountain is visible, and it is there that Nwafor retreats by foot to fast and meditate in seclusion.

“Only hunters and animals are on the mountain. They do not trouble me,” he says. “I go there to talk with God.”

Like Nwafor, Tikvat Israel’s congregants are Igbo, who believing themselves to be descendants of Israelites who many centuries ago arrived in what is now Nigeria, identify themselves as Jews.

The Igbo, whose traditional homeland — Igboland — is in the southeastern portion of the country, are Nigeria’s third largest ethnic group. Most are Christian, but many Igbo, even while practicing Christianity, nonetheless consider themselves Jewish. In the past few decades, several thousand Igbo have taken this self-identification a step further and embraced Judaism, which they see as their lost heritage.

The phenomenon of Igbo identification with Jews dates to the 18th century, following the Igbo’s encounter with Christian missionaries and their introduction to the Bible, in which they found similarities between Igbo customs and those of the ancient Hebrews. Some Igbo, such as the 18th-century writer Equiano Olaudah, concluded “that the one people had sprung from the other,” an opinion shared by the worshipers at Tikvat Israel.

Earlier this year, Nwafor invited me to Abuja to celebrate the annual Purim holiday — the Jewish Festival of Lots, based on the biblical Book of Esther — as well as to learn more about Nigerian Jewry.

Upon exiting Abuja’s air-conditionless airport terminal, I was met by Nwafor, who was wearing a blue and white Tikvat Israel T-shirt. A waiting car took us to Kubwa, the neighborhood where Nwafor and his wife, Amaka, live with their children. For the next week I was their guest, and as my host, Nwafor never left my side, accompanying me on all my trips to homes, synagogues and sites in Abuja.

Among the many visitors who flocked to Nwafor’s compound after my arrival were four prayer leaders and Hebrew teachers who traveled over eight hours by bus from Igboland to meet with me. The knowledge and proficiency of these four men, three of whom were in their 20s, was remarkable given that they had managed to learn so much of Jewish tradition through the Internet.

Late into the night, they chanted Hebrew prayers and played religious songs they had downloaded to their iPhones.

The power often goes out in Abuja, especially at night, and residents rely a great deal on flashlights and generators. So we sat in Nwafor’s courtyard, the thick darkness illuminated only by the blue glow of their cellphones, the air filled with music and talk of Judaism in Nigeria, the United States and Israel.

The eldest of the four visitors, a musician in his 40s named Chislon Eben Cohen, was among the first Igbo Jews to master Hebrew, which he did in part by obtaining materials through the mail from the Academy of the Hebrew Language in Israel.

Eben Cohen has taken the next step of passing on his knowledge, and among his first students was Nwafor’s now-15-year-old son, Hezekiah. Hezekiah usually leads the prayer services at Tikvat Israel — often with melodies he has composed himself — and he hopes one day to become a rabbi.

The lack of Nigerian rabbis sometimes leaves Igbo Jews uncertain about traditional Jewish practice elsewhere and has led them to rely a great deal on the Internet, as well as on books obtained from abroad. 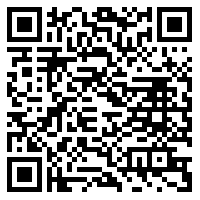