In the Middle East, it seems, sentiment is often policy and history is the present. Israel has perfected this, being the embodiment of living history, 3,000 years old, which we have resurrected in the form of a national home in the ancestral land which has shaped the character of the Jewish people.


Despite many internal differences, we have exceeded everyone’s expectations and have formed a country in which to be proud; one that had defeated the various somber prognoses of failure, diplomatic isolation, “political tsunamis”—you name it. Israel has forged ahead despite its problems, and some would say because of them. There was simply no other choice, and failure was never an option. As Israel’s first prime minister, David Ben-Gurion, once said, “In Israel, in order to be a realist you must believe in miracles.”

But when peace is achieved, will we finally be able to sit under our vines and fig trees, and still be that special, daring maverick nation? Will we be able to replicate our current creativity? Well, that is not really a question of choice because even in times of peace, Israel must always strive to be the strongest nation in the Middle East.

Peace can only be made and maintained from a position of strength. The moment our enemies—past and present—smell weakness, they will rush to the battlefield.

The Judea and Samaria settlement enterprise is the epitome of the spirit of Israeli success against all odds. It is the reason we have been able to mark one achievement after another in the diplomatic sphere. The settlers’ sacrifice aims to help the home front live in peace, and one cannot imagine broaching the subject of the future of our homeland without acknowledging the massive psychological change they have brought about in the general Israeli public.

Judea and Samaria settlements have long since become the bustling suburbs of Jerusalem and the cities of central Israel, and settlement-based industries have proven to be an economic boon for the entire area, lauded as a major growth engine for Israel’s economy. The settlers are the cream of the crop, individuals who realize the Zionist vision to the full extent of the word.

And it is precisely because they are such an important asset for us that the settlers must set an example with respect to determining the future of Judea and Samaria. They must wholeheartedly embrace the Trump administration’s Middle East peace plan—not only because it is just and right, but because it serves their historical mission.

Most Israelis, and in my humble opinion this is also true of the settlers, believe that there is a tremendous opportunity here that must be seized. This is why the immediate political interests of some of the sector’s representatives should not be allowed to undermine the shaping of major, long-term policy.

The fact that some of the settlers’ leaders rushed to speak against the plan is inconsistent with the successful strategy that has led them since 1967—to always see the bigger picture and seize opportunities, without letting imaginary obstacles impede their resolve.

Because, on the one hand, the leaders of the national-religious sector want to be involved in the decision-making process—and rightly so, which is why they are given adequate status in the government and the Diplomatic-Security Cabinet, and consideration with respect to other priorities. But at the same time, when it comes to making crucial decisions, they come out against the decision-makers based on little more than a gut feeling.

The benefits that Israel stands to reap from the U.S. peace plan are immediate. The Palestinians, on the other hand, will only be eligible for benefits in four years, under defined conditions. So why reject the plan altogether, and not accept it even with reservations?

Instead of being part of the government decision-making process for the future of the state and its borders, some of the settlement movement’s leaders cling to slogans—even belligerent ones—and miss the fact that the president of the world’s greatest superpower has met their strategic ambitions as no leader has ever done. Instead of embracing this historic achievement, they are turning their backs on the friendliest president there ever was with respect to the settlement enterprise.

Four years ago, the previous U.S. administration wanted to establish a Palestinian state without delay, exerted pressure on the international community and Israeli public opinion, and even chose not to veto an anti-Israel resolution in the United Nations. Trump and the members of his Republican Party have taken a sharp turn in the other direction: Even before the Obama administration came to an end, they were willing to sacrifice their political prestige and capital to protect Israel from the Obama White House.

Netanyahu spoke before Congress to warn against the 2015 nuclear agreement with Iran. He essentially took to the American capital to speak against the administration, despite the White House’s protest.

Now, the Republicans have made it clear that the Palestinian state cannot be formed out of thin air, without learning the lessons of the 2005 disengagement from the Gaza Strip and without giving Israel guarantees that first and foremost address its security interests. Moreover, the Americans have said that the inception of a Palestinian state is contingent on them undertaking a long-term process to ensure that they have, indeed, abandoned the path of terrorism and recognized the Jewish state.

Remember the struggle against the Iranian nuclear program? Israeli Prime Minister Benjamin Netanyahu was the only leader in the world who warned that the deal was flawed and must be exited as soon as possible. He essentially paved the way for Trump to do so and rightly declared victory after the president pulled out of the pact.

All along, Netanyahu made sure to give the United States the lead, made sure that no one thought any disputes were afoot, and the result has served both him and Trump. There have been differences of opinion about the proper way to exit the nuclear deal and the best way to pressure Iran (there probably still are), but Netanyahu opted to bide his time and wait for the final result, for which he must be given credit.

The settler leaders in Judea and Samaria should learn from Netanyahu how to create diplomatic success; if they want the United States to change the peace plan, they must work with it, not against it. Israel’s strategy on the nuclear deal with Iran can be replicated vis-à-vis the Trump outline.

The voiced opposition of some could potentially sideline the historical significance of this policy shift: For the first time, the world’s leading power recognizes Jewish sovereignty over Judea and Samaria. This is monumental—on par with Rome recognizing the Jews’ right to Jerusalem in the first century C.E.

Moreover, although some of the concerns are understandable, it should also be acknowledged that the Palestinian state described in the U.S. peace plan will only be made possible after the Palestinians meet conditions of a nature that make the debate and fear over the plan unnecessary.

Indeed, the voiced opposition to the plan is unnecessary. There is little point in investing energy in the effort to thwart the final phase of a peace plan which will become relevant, if at all, only four years from now and only if the Palestinians become, in a sense, Zionists.

Instead of recognizing that Washington has adopted the Israeli, settler narrative, the settler leaders are decrying the fact that the Palestinians have been theoretically given the option of receiving territories where there are no settlements, to begin with. Instead of celebrating this ideological and diplomatic victory, and taking pride in the fact that thanks to their steadfast efforts and endless sacrifice Israel has reached the pinnacle of its political aspirations, they are rattled by unnecessary anxiety. Just recently such a plan was nothing but a dream. Now that it’s here, they’re up in arms?

It may have to do with the fact that we like to argue. We are a passionate people, and sometimes prone to knee-jerk reactions. But sometimes silence is also a sign of strength—especially if it promotes the establishment of a right-wing government that can maximize the peace plan’s promises.

Instead of sowing schism on the right and unraveling the consensus surrounding the political leadership of the national camp, settler leaders must take the ultimate leap of faith and believe in Netanyahu and the government that they intend to follow through on their promises.

There would be no greater absurdity, or perhaps tragedy would be a better word, than Israel’s right-wing bloc splitting just two and a half weeks before the elections, resulting in a left-wing government and the loss of the only real chance of applying sovereignty under the U.S. umbrella. The right should unite behind those who brought them to this historical moment and not weaken them in public opinion—or at the ballot box. 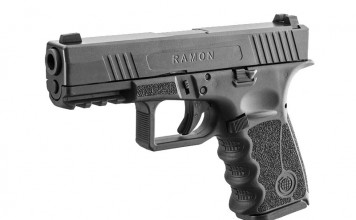 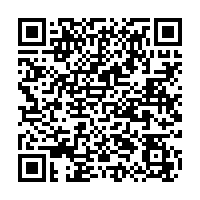