A month ago, Israel’s Supreme Court ordered Knesset Speaker Yuli Edelstein to call a vote to choose a new speaker. Expressing dismay over a decision he called a “gross and arrogant intervention of the judiciary in the work of an elected legislature,” Edelstein respectfully refused to obey the court’s order and resigned. This resulted in political turmoil that was abruptly calmed when Blue and White Party leader Benny Gantz agreed to Israeli Prime Minister Benjamin Netanyahu’s compromise proposal that he assume the speaker’s position. Gantz’s surprise decision prompted the rupture of the Blue and White coalition, but his negotiations with Netanyahu have now formed a government authorized by Israeli law.


During these negotiations, there was speculation that Israel’s Supreme Court might “push [Netanyahu] out the moment he signs an agreement with Gantz.” Whether the court will be asked to do so and whether it will actually take such a major step is still uncertain.

A 2001 Israeli law disqualifies a prime minister from continuing in office only after he or she is convicted on felony charges and appellate remedies have been exhausted. (Supreme Court decisions in the 1990s held that, under prior law, cabinet ministers must resign if they are formally charged, but whether these precedents are currently binding is a subject of dispute among lawyers.) Absent a law disqualifying Netanyahu because he has been accused by Attorney General Avichai Mandelblit, how could the Supreme Court declare him ineligible? Only by invoking some amorphous undefined authority purportedly vested in Israel’s judiciary. The court followed such an avenue after Edelstein’s resignation when, with no explicit legal authority, it peremptorily issued an order appointing the senior member of Knesset as a temporary speaker.

American lawyers familiar with the jurisdiction of the U.S. courts had to be astounded by the Israeli Supreme Court’s order of March 25 to Edelstein and by its order appointing a Knesset speaker. May the U.S. Supreme Court direct Nancy Pelosi to convene the House of Representatives in order to elect a speaker or appoint a replacement for Pelosi if she disobeys? No way. Even if there were a House Rule or a law enacted by Congress governing House procedures, no American court would issue such orders because the decision on when and whether to convene the legislature is a “political question” that is not “justiciable.”

American judges recognize limits on their authority and do not claim to be infallible experts in all realms. The Supreme Court has held that American courts must abstain from deciding issues when there are “a lack of judicially discoverable and manageable standards for resolving” them. Even the Supreme Court’s liberal justices acknowledge that some disputes brought to court are “political questions” that call for “decision-making beyond courts’ competence.” So cases raising “political questions” are not “justiciable.” (In 2015, the U.S. Supreme Court ruled in a case I argued that it was not a “political question” for the courts to decide the constitutionality of a law that entitled U.S. citizens born in Jerusalem to have passports declaring that they were born in Israel.)

The “political question” doctrine should apply even more forcefully if, as with Netanyahu’s current situation, there is no law on the books that could be read as justifying a court order pushing him out. Yet Israeli legal authorities acknowledge that, under Israeli legal precedents, the Supreme Court of Israel could hear and decide a case ousting Netanyahu brought by a political party or other group that seeks to disqualify him.

In 1995, Aharon Barak became president of Israel’s Supreme Court. Under his leadership, the Supreme Court rejected limitations on the jurisdiction of the judiciary such as doctrines of “standing” or “justiciability.” The Supreme Court of Israel does not refrain from deciding the most patently political questions.

Israeli Supreme Court Justice Daphne Barak-Erez, born in America and frequently a visiting professor at leading American law schools, wrote a 2002 article canvassing a host of rulings by the Israeli Supreme Court in what she called the “political domain”—legality of political agreements, appointments of political allies to public positions and government funding to organizations affiliated with the government’s political supporters. She has called Barak “the instigator and leader of the outlook which regards the traditional doctrine of justiciability as inappropriately and unnecessarily limiting the matters which the court deals with.”

American courts recognize “political questions” as beyond their expertise, and therefore not within the authority of judges in a government that deliberately separates power among its branches. Justice Barak acknowledged none of these limitations, and the Israeli Supreme Court under his instruction (over vigorous dissents by Justices like Menachem Elon) announced precedential decisions that give the court limitless authority to control government departments.

Two leading American judicial luminaries expressed sharp disagreement with Barak in 2007 when they evaluated the judicial philosophy articulated in his book The Judge in a Democracy. Judge Robert Bork, nominated to the Supreme Court but denied confirmation, said in his review that Barak “establishes a world record for judicial hubris.” Judge Richard Posner—a judicial legend in the U.S. Court of Appeals located in Chicago—called Barak an “enlightened despot.”

Posner said that Barak “actually inhabits … a weirdly different juristic universe” in which there is “judicial power undreamed of even by our most aggressive Supreme Court justices.” Barak’s view of separation of powers, says Posner, “is that the executive and legislative branches are to have no degree of control over the judicial branch.”

Not surprising, then, that a Supreme Court that has, since Barak’s presidency, arrogated to itself unlimited power, could direct the Speaker of the Knesset to assemble the legislature, appoint a new speaker or unseat a prime minister because in its view, even with no legal “discoverable and manageable standard,” it would not be seemly for the country to be led by a person facing an attorney general’s criminal accusation. What is surprising, however, is that the Israeli public—not thought to be easily dominated—accepts boundless judicial rule. Respect for courts has been a Jewish trait since Israel in the desert accepted Moses’ decision on all difficult questions, but the rulings of the Barak-influenced Supreme Court are not entitled to equal respect. 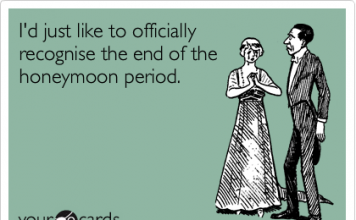 The Honeymoon is OVER 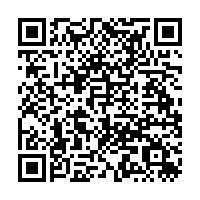