Ayatollahs in business suits is what Noah Feldman would have the world believe we all are. If the Orthodox were going to leave him out of his alma mater’s reunion picture just because he married out, then Noah Feldman was going to out the Orthodox.

His tell-all expose painted a picture, as he saw it, of the inherent primitiveness and backwardness of Orthodoxy. We may look modern, but scratch the surface, and we all harbor beliefs that are inconsistent with the more enlightened values of Harvard Square.


In his New York Times Magazine article, Feldman made a point of highlighting practices and attitudes toward non-Jews that he bargained would – or should – make us uncomfortable. We have always preferred to keep them under wraps, not always quite sure how to explain them to others, or even to ourselves, but quite sure that if others found out about them, they would hold them against us.

In making us face up to them Noah Feldman may have done us a favor. We have dealt with “problematic” texts in roughly the same way for the better part of a millennium. The old way will not work any longer, and the sooner we realize and react appropriately, the better.

The medieval church did a good job – often aided and abetted by Jewish apostates – in ferreting out what they saw as anti-gentile and anti-Christian nastiness in the Gemara. Modern anti-Semitic groups have revived the practice, and there are no shortage of websites that will gladly direct you to the exact places in the Talmud that prove we detest all non-Jews, and actively promote their demise.

(I am not saying, God forbid, that Noah Feldman is an anti-Semite.)

One of the prosecution witnesses in the Beilis blood libel was a Fr. Justinas Pranaitis, possibly hired because of his 1892 work “Talmud Unmasked,” still used by Jew-haters today. Most Jews are unaware of the literally thousands of hate sites on the Internet because we simply don’t run into the untermenschen who hang out on such sites. The New York Times Magazine, however, is harder to run from.

Our first line of defense was part of the shah-shtil mentality: we ran for cover. We tried to hide these passages, and if that failed, we reacted with surgically applied apologetics. Someone was always prepared to offer an explanation that seemed somewhat reasonable, and if presented by someone who looked sage and rabbinic enough, the non-Jews could be placated.

This approach will no longer work, because the nature of communications today insures that there are no longer any secrets, period. Almost anything you have ever said or written to anyone can come back to haunt you. An apologetic interpretation of a Talmudic passage – even if entirely correct and authoritative – is often not the only one on the Jewish street. For every politically correct explanation, there is a very non-PC one that can be dredged up in moments through the right search engine There will be many people, perhaps entire communities, who take a different approach. Their little secret will surface to haunt the rest of the Orthodox world.

There is no longer any option other than to own up to difficult sources and uncomfortable attitudes, and to deal openly with them. If we don’t, others will do the talking for us, which we can ill afford. We must learn where these passages are, acknowledge them, and learn to deal with them without hesitation. We will find more understanding and acceptance than we might think.

The first step is to weed out the misquotes and the misunderstood sources. Nine times out of ten, the proof-texts cited by critics are goofy errors. We must learn what the errors are, and be quick to demonstrate the fallacies.

The remaining ten percent can still do much damage. But they don’t have to – and won’t for most decent people – for several reasons.

First of all, many of them are a product of their times. Certain references to early Christians are a case in point. Can you discuss these passages with a believing Catholic without upping your life insurance? Of course you can. The person who taught me how was a Catholic priest and scholar with whom I once shared a platform at Loyola Law School. 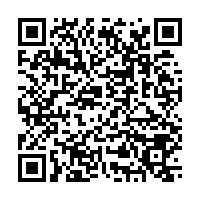