Robert S. Wistrich, the dean of historians on anti-Semitism who died last month, wrote two great books – Antisemitism: The Longest Hatred and A Lethal Obsession – that posited a nuclear-capable Iran as the greatest threat to the Jewish people since Hitler.

It’s a shame that with Wistrich’s untimely death the world lost a master educator who in time would have exposed a great many more people to the perniciousness of history’s oldest hatred. One person in particular who could use such a tutorial is President Obama.


In his recent Atlantic interview with President Obama, Jeffrey Goldberg asked about Iran, anti-Semitism, and the nuclear bomb.

This argument is essentially a revival of the Western democracies’ (wishful) thinking in the years leading up to World War II. Hitler’s regime, they admitted, was anti-Semitic – but the same could be said, they noted, for other European regimes, past and present. The problem with this apology for appeasement was its failure to recognize the difference between the traditional anti-Semitism of European leaders and the Nazis’ genocidal anti-Semitism.

Genocidal anti-Semitism had never been put into practice when in 1938 Neville Chamberlain ignored the potential catastrophic threat it posed. By 1945 a shocked world saw the results of a war of extermination against the Jews carried out by a modern state – a state so driven by virulent anti-Semitism that it often diverted personnel and materials from the epic military conflict in order to expedite the killing of Jews.

In 2015, however, no leader of the P5+1 group negotiating with Tehran, let alone the U.S. president, has any excuse for recklessly ignoring history and refusing to take Iran’s serial genocidal threats to “wipe Israel from the map” seriously.

But is the imminent threat of Iranian nuclear capability – President Obama’s proposed deal at best will delay Iran acquisition of nuclear weapons by a decade – really genocidal? In his interview, the president suggested otherwise by arguing that Iran’s anti-Semitism may primarily be meant for “internal consumption,” not as statecraft aimed at destroying the Jewish state. But there is nothing about Tehran’s anti-Israel bombast and state-sponsored anti-Semitism that ever stops at its borders.

For evidence of Iran’s intent, here is a partial list, compiled by Daniel Pipes, of declarations made by Iranian leaders this year alone – declarations the president and the P5+1 should have immediately denounced:

* Mujtaba du Al-Nour, a senior figure in the Iranian Revolutionary Guards: Iran has rockets that can reach Tel Aviv “even before the dust of rockets of the Zionists reach us.”

* General Muhammad Reza Naqdi, commander of Iran’s Basij militia: “Wiping Israel off the map is not up for negotiation.”

In addition to the refusal of the P5+1 to demand that Iran repudiate its threat to destroy Israel, there has been no insistence that Iran cease its global anti-Semitic propaganda, which includes Holocaust denial conferences and anti-Semitic cartoon competitions. There is nothing in the framework deal demanding that the mullahs stop financing terrorist groups such as Hizbullah and Hamas within the region and as far way as South America.

President Obama remarked in his Atlantic interview: “Look, 20 years from now, I’m still going to be around, God willing. If Iran has a nuclear weapon, it’s my name on this.”

Neville Chamberlain learned too late that sometimes no deal is better than a horrible deal that infamously carries your name in the annals of history.

We can only hope that our president, along with German Chancellor Merkel and the other leaders of today’s Europe, take a long, hard look in history’s rear-view mirror and back off a deal that will allow Tehran to marry its anti-Semitic hate with nuclear-tipped ICBMS. 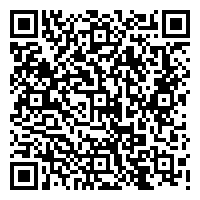