Much of the right-wing reaction to Ehud Olmert’s call for unilateral withdrawal has consisted of a barrage of personal attacks. Olmert has been called a political opportunist, a leftist, a fraud, a traitor to Likud’s ideology, and much worse. Meanwhile, the substance of his arguments has been largely ignored.The personal attacks on Olmert have been successful. According to polls, most Israelis believe that Olmert’s shift is motivated by politics, and that he is not trustworthy.Yet the same polls also indicate that a narrow majority supports Olmert’s unilateral withdrawal plan.The personal nature of the criticism toward Olmert, and the failure by most to offer a cogent response to his arguments, are unfortunately typical of the Right’s approach since Oslo, and a primary reason why the Left has been winning the battle of ideas. As a result, whereas a decade ago there was almost no support for a return to the 1967 borders even for full peace, today many Israelis who identify as centrist support radical concessions even without an end to the conflict.One example of the failed approach appeared in a recent op-ed column published in this newspaper, entitled “Debunking The Myth Of Yitzhak Rabin.” The column’s absurd premise was that “Rabin’s military record extends beyond incompetence.” While Rabin’s military achievements are beyond the scope of this column, the previous column failed to mention anything about the Six Day War, when Rabin was the IDF’s Chief of Staff, and distorted theperformance of the Harel Brigade, which Rabin commanded in 1948.If there is a myth about Rabin that must be debunked, it is that the Clinton Plan, the Geneva Accord and similar ideas are somehow consistent with his legacy. Rabin’s decisions relating to Oslo were disastrous, but a month before his murder he stated that Israel would permanently retain a united Jerusalem, the entire Jordan Valley, Gush Etzion, the settlements near Jerusalem, and settlement blocs encompassing other communities.With respect to Olmert, while he has not released a detailed plan, the general outlines he has presented suggest withdrawal from all of Gaza, outlying Arab neighborhoods of Jerusalem, and much of Judea and Samaria. He has said that “tens of thousands” of Jews would be evacuated from Judea, Samaria and Gaza.Olmert has also said that his plan “entails sizeable annexations to Israel.” Israel would retain the Old City of Jerusalem, Gush Etzion, the Jordan Valley, Western Samaria, the settlements near Jerusalem, and other settlement blocs.Olmert believes that Israel must withdraw from all areas with large Arab populations to maintain a Jewish majority within Israel’s borders. He views the precarious demographic balance as the most dangerous threat to Israel’s existence, and argues that his separation plan is necessary to eliminate that threat.According to Olmert, Palestinians will soon demand Israel’s replacement with a bi-national state – and gain international support – by saying that they merely desire the right to vote. “The day they do that,? he says, “is that day we lose everything… The thought that the struggle against us will be headed by liberal Jewish organizations who shouldered the burden of the struggle against apartheid in South Africa scares me.”Israel’s demographic problems are real, and they render annexation of all of Judea and Samaria unrealistic. But Israel has not annexed any part of Judea, Samaria or Gaza, and thus Olmert’s fears are fallacious. If Palestinians say that all they want is the right to vote, Israel’s response should be that it fully supports that right – in the Palestinian Authority, which has jurisdiction over the Palestinians. While Olmert is right to express concern that Palestinians may call for one bi-national state, his suggestion that there would be any legitimacy to that demand is wildly off base.Olmert might respond that regardless of whether it would be legitimate, the international community, applying principles of democracy, would nevertheless accept the Palestinian position. After all, Israel is now seen as an occupier, even of territories governed by the PA.But in that case, Olmert’s unilateral separation plan would not stave off pressure for a bi-national state. While in Israel the focus would be on the withdrawal from most of the territories and the destruction of Jewish communities, everywhere else there would be fury at Israel for annexing (formally or de facto) significant portions of “Palestinian land.”Indeed, Olmert has admitted that the borders set by Israel would be rejected by the world. The Palestinians would reject the state given to them as non-viable, and demand full Israeli withdrawal to the 1967 borders to ensure “territorial contiguity.” The security fence separating the Palestinian areas from Israel’s new borders would be portrayed as an “apartheid wall,” with territories under Palestinian control compared to the Bantustans in South Africa.Furthermore, once Israel unilaterally withdraws, hundreds of thousands of Palestinians will flood into Judea, Samaria and Gaza, further altering the demographic balance in their favor. Demands for a bi-national state encompassing all of the territory between the Jordan River and the Mediterranean Sea would quickly follow.This is not to deny the existence of the demographic problem, or suggest that Israel should not consider steps to alleviate that problem or that any unilateral separation plan is unacceptable. Indeed, there may be reasons ? demographics among them – for Israel to make certain unilateral moves during 2004, when President Bush is less likely to offend Jewish voters in key swing states by strongly opposing those steps.But there are no magical solutions to the challenges confronting Israel – challenges that must be faced soberly and not rashly. In exaggerating the nature and extent of the demographic problem, and presenting a remedy that would not solve it, Ehud Olmert has contributed little to the goal of a large Jewish majority in a secure Israel. 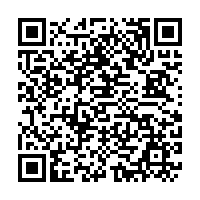