Luke Moon, deputy director of the Philos Project, spoke to participants in an August 24 Middle East Forum webinar (video) about the reinvigoration of evangelical Christian support for Israel in recent years.


In 2014, Moon wrote an article in The Tower Magazine highlighting how several “pillars of evangelicalism” in the United States were actively “leading evangelicals away from support for Israel.” That same year, a Middle East Quarterly article by David Brog, founding executive director of Christians United for Israel (CUFI), warned that anti-Israel evangelicals were “on a roll.”

Moon provided an update on how each of these “pillars” of anti-Zionist evangelicalism has weakened in the past six years.

The first pillar is the global charity World Vision, which in 2014 had a staff of 120 in Jerusalem. Its work providing anti-poverty assistance to Palestinians in Jerusalem, the West Bank, and Gaza was combined with public advocacy portraying Israel as solely responsible for the plight of Palestinians, and of Palestinian Christians in particular. In 2016, a World Vision staffer was arrested for laundering money to Hamas. Following that scandal, Moon wrote an article exposing World Vision’s anti-Israel, anti-Zionist history. Citing the forced resignation of the organization’s second president, who had compared the IDF in Southern Lebanon to Nazis, Moon also drew attention to World Vision’s social media platforms, replete with accusations of Israel “hurting children.” Due to efforts by Moon and others to expose World Vision’s “singular focus on anti-Israel and anti-Zionist, particularly anti-Christian Zionist,” rhetoric, its funding has been cut significantly. Today, World Vision’s Jerusalem office has been reduced to a staff of about 15.

A second pillar of evangelical anti-Zionism is Willow Creek Community Church, located in the Chicago suburb of South Barrington, Illinois. It is one of the largest megachurches in the U.S., drawing in over “2,500 people on [an] average Sunday,” and exerts further influence through its annual leadership summit. Its senior pastor, Bill Hybels, and his wife Lynne “were known for their … anti-Christian Zionist, anti-Israel rhetoric,” which had a great deal of influence on church followers. In 2018, Bill Hybels was forced to resign amid accusations of marital infidelity. As a result, according to Moon, Willow Creek’s involvement in the Middle East has “dried up.”

At nearby Wheaton College, known as the “Christian Harvard,” theologian Gary Burge was “a main player” there for more than two decades. He authored an anti-Zionist critique used by the Presbyterian Church (USA) as part of its pro-BDS campaign. Burge made it impossible for the Philos Project to organize a pro-Israel campus club or arrange pro-Israel student tours to Israel. Burge left Wheaton College in 2017, and Philos has since been taking hundreds of Wheaton students on Israel trips through its Passages program.

Telos, “one of the more influential organizations” among evangelical anti-Zionists, leads tours of Israel that Moon characterized as having one meeting with a settler and the rest of the itinerary promoting a narrative of “here’s why the Palestinians are suffering at the hands of the Zionist.” According to Moon, Telos is “not doing well” because of the coronavirus pandemic, which “has made a big impact on their bottom line, and I’m not sure that they’re going to survive the rest of the year.”

Biblica, the longtime publishers of the New International Version of the Bible (NIV), promoted a “social justice” study Bible several years ago that was excoriated by historians for its revisionism. Most notably, its version of Exodus described the Hebrews as entering “the land of Palestine.” As a result of the complaints Biblica received, the publication had very few printings. “I think that Bible ended up never seeing the light of day,” said Moon.

Meanwhile, Zionist evangelicals can point to major wins propelled by the Trump administration’s Israel policies. In particular, the U.S. embassy move to Jerusalem and the U.S. ruling that Israeli settlements in the disputed territories are not in violation of international law have bolstered evangelical support for Israel, both in America and abroad.

Nevertheless, Moon is concerned that Israel has become a “right-left issue” in the polarized political landscape and notes that support for Israel among younger evangelicals has declined. Millennial evangelicals aren’t so much anti-Israel as not wanting to be “seen as taking sides.” They think of themselves as “pro-Israel, pro-Palestine, pro-peace, and pro-Jesus,” said Moon, “to which I would add ‘pro-unicorn’ because … it fits on a bumper sticker nicely.” But “the hard work of engaging with that region and the people in it doesn’t fit on a bumper sticker, and I think Christians should recognize that.”

(Marilyn Stern is communications coordinator at the Middle East Forum) 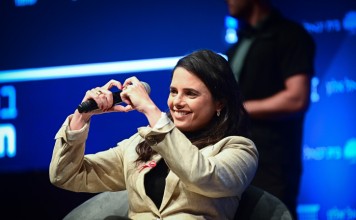 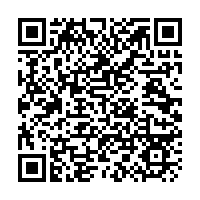